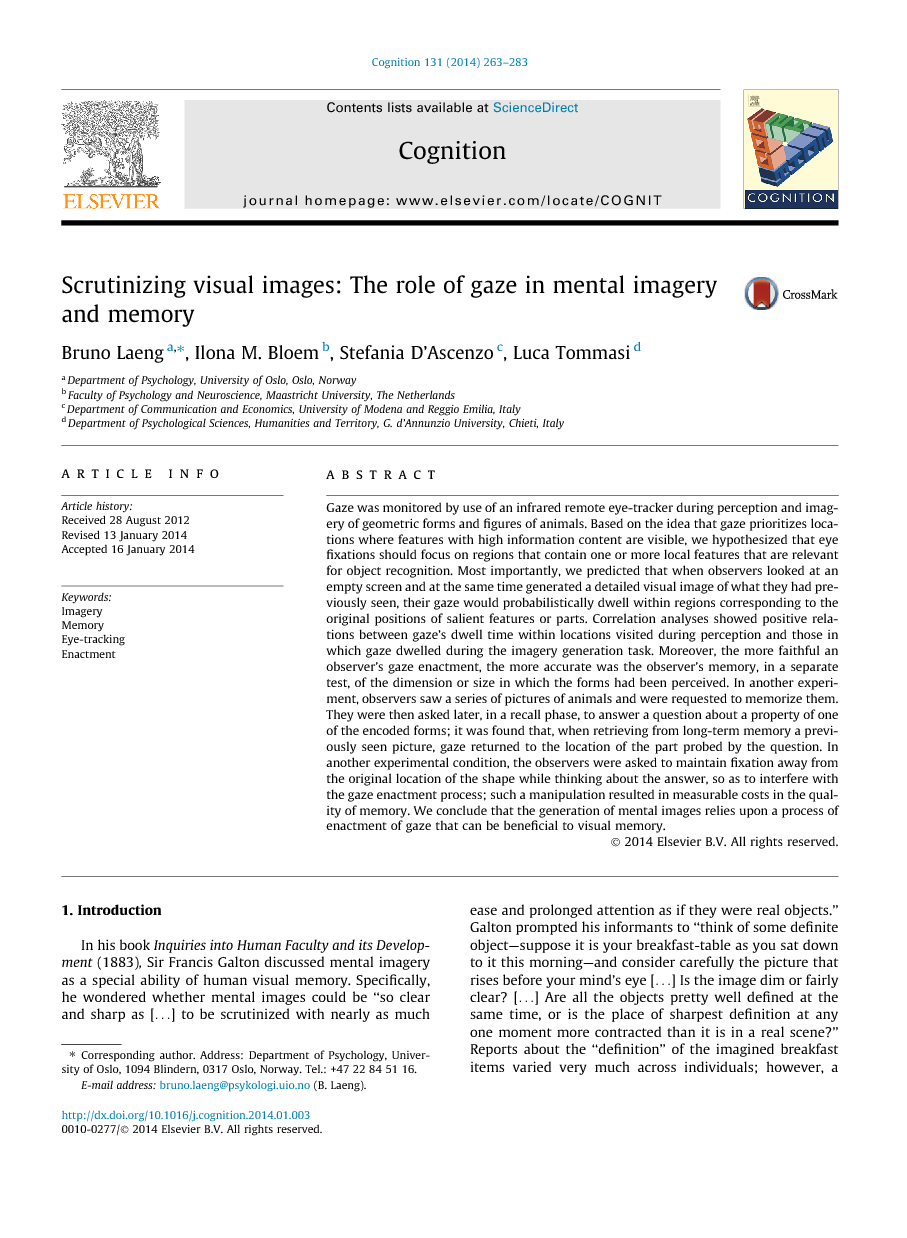 Gaze was monitored by use of an infrared remote eye-tracker during perception and imagery of geometric forms and figures of animals. Based on the idea that gaze prioritizes locations where features with high information content are visible, we hypothesized that eye fixations should focus on regions that contain one or more local features that are relevant for object recognition. Most importantly, we predicted that when observers looked at an empty screen and at the same time generated a detailed visual image of what they had previously seen, their gaze would probabilistically dwell within regions corresponding to the original positions of salient features or parts. Correlation analyses showed positive relations between gaze’s dwell time within locations visited during perception and those in which gaze dwelled during the imagery generation task. Moreover, the more faithful an observer’s gaze enactment, the more accurate was the observer’s memory, in a separate test, of the dimension or size in which the forms had been perceived. In another experiment, observers saw a series of pictures of animals and were requested to memorize them. They were then asked later, in a recall phase, to answer a question about a property of one of the encoded forms; it was found that, when retrieving from long-term memory a previously seen picture, gaze returned to the location of the part probed by the question. In another experimental condition, the observers were asked to maintain fixation away from the original location of the shape while thinking about the answer, so as to interfere with the gaze enactment process; such a manipulation resulted in measurable costs in the quality of memory. We conclude that the generation of mental images relies upon a process of enactment of gaze that can be beneficial to visual memory.