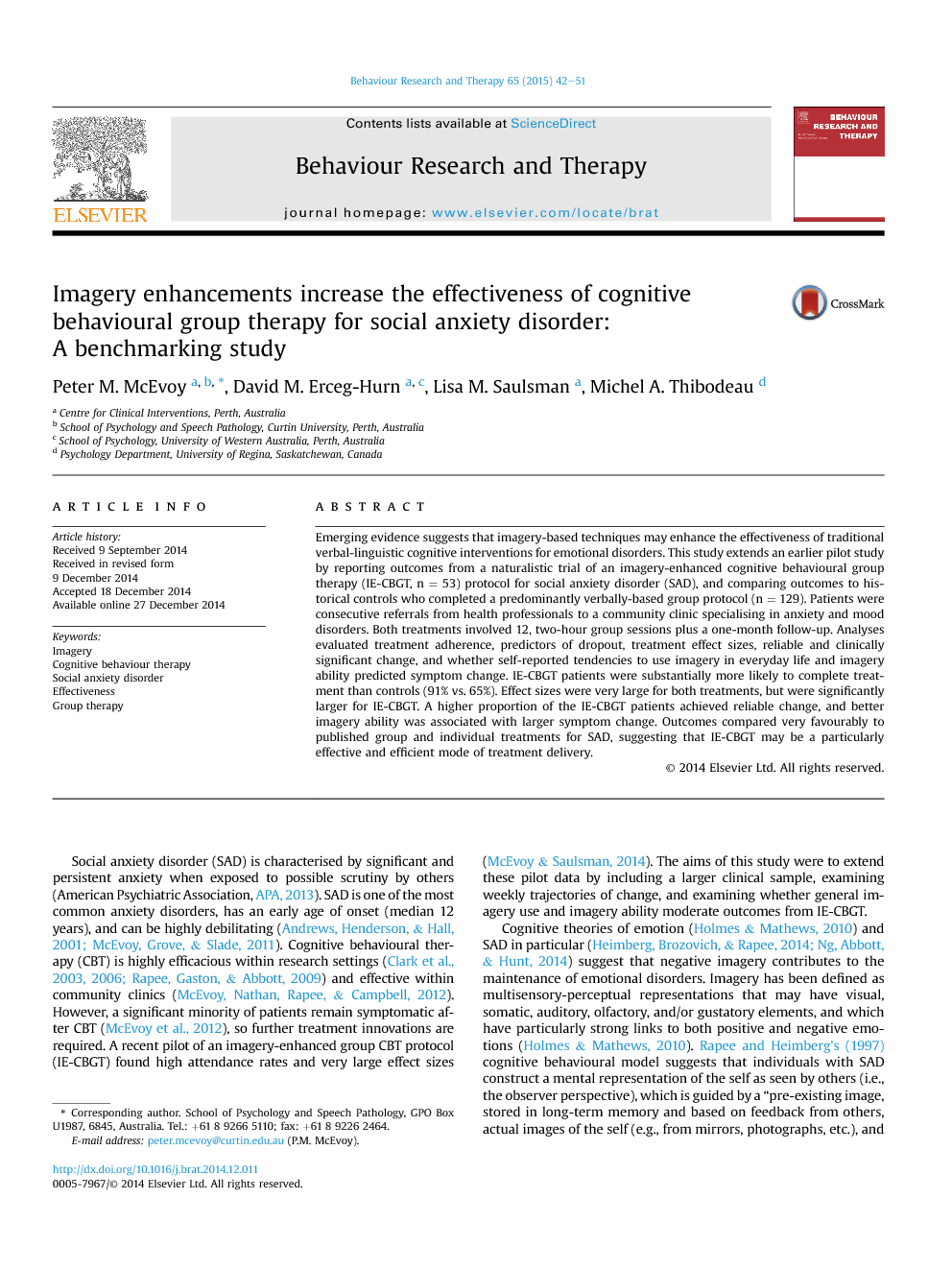 Emerging evidence suggests that imagery-based techniques may enhance the effectiveness of traditional verbal-linguistic cognitive interventions for emotional disorders. This study extends an earlier pilot study by reporting outcomes from a naturalistic trial of an imagery-enhanced cognitive behavioural group therapy (IE-CBGT, n = 53) protocol for social anxiety disorder (SAD), and comparing outcomes to historical controls who completed a predominantly verbally-based group protocol (n = 129). Patients were consecutive referrals from health professionals to a community clinic specialising in anxiety and mood disorders. Both treatments involved 12, two-hour group sessions plus a one-month follow-up. Analyses evaluated treatment adherence, predictors of dropout, treatment effect sizes, reliable and clinically significant change, and whether self-reported tendencies to use imagery in everyday life and imagery ability predicted symptom change. IE-CBGT patients were substantially more likely to complete treatment than controls (91% vs. 65%). Effect sizes were very large for both treatments, but were significantly larger for IE-CBGT. A higher proportion of the IE-CBGT patients achieved reliable change, and better imagery ability was associated with larger symptom change. Outcomes compared very favourably to published group and individual treatments for SAD, suggesting that IE-CBGT may be a particularly effective and efficient mode of treatment delivery.

Pre-treatment demographic and clinical characteristics for the imagery-enhanced and historical control groups are compared in Table 1. The majority of differences were small and not statistically significant, including age, educational achievement, employment status, and clinical features such as the proportion of patients with a comorbid diagnosis. There were no pre-treatment differences on the SIAS, SPS, or BFNE-S (see Table 2). There was a small but statistically significant difference on the DASS, with imagery-enhanced patients being slightly more severe. Overall, the findings suggest that the composition of the imagery-enhanced and control samples was similar at pre-treatment.