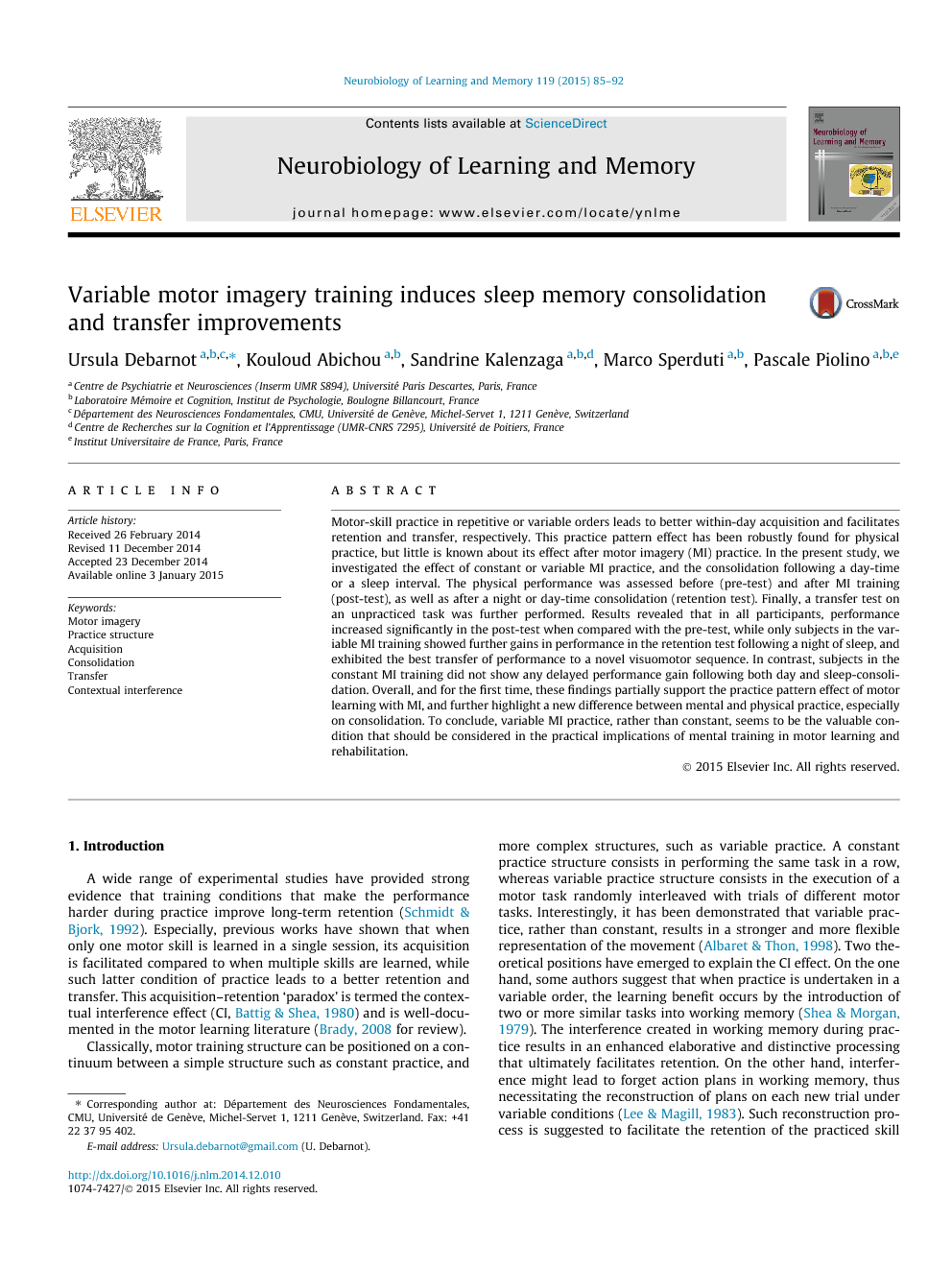 Motor-skill practice in repetitive or variable orders leads to better within-day acquisition and facilitates retention and transfer, respectively. This practice pattern effect has been robustly found for physical practice, but little is known about its effect after motor imagery (MI) practice. In the present study, we investigated the effect of constant or variable MI practice, and the consolidation following a day-time or a sleep interval. The physical performance was assessed before (pre-test) and after MI training (post-test), as well as after a night or day-time consolidation (retention test). Finally, a transfer test on an unpracticed task was further performed. Results revealed that in all participants, performance increased significantly in the post-test when compared with the pre-test, while only subjects in the variable MI training showed further gains in performance in the retention test following a night of sleep, and exhibited the best transfer of performance to a novel visuomotor sequence. In contrast, subjects in the constant MI training did not show any delayed performance gain following both day and sleep-consolidation. Overall, and for the first time, these findings partially support the practice pattern effect of motor learning with MI, and further highlight a new difference between mental and physical practice, especially on consolidation. To conclude, variable MI practice, rather than constant, seems to be the valuable condition that should be considered in the practical implications of mental training in motor learning and rehabilitation.