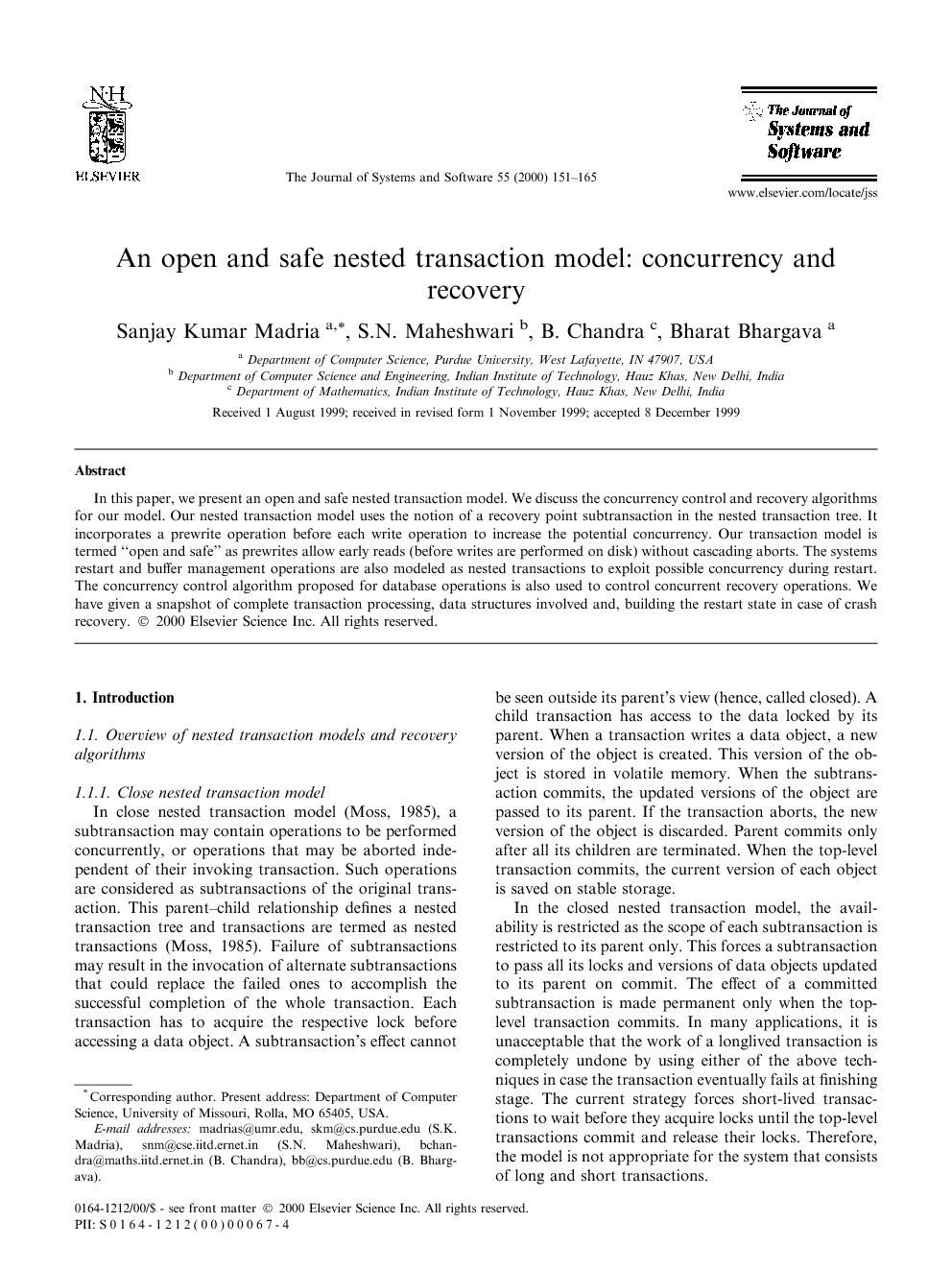 A nested transaction model, its concurrency control and recovery algorithms are presented in this paper. We have introduced the concept of a recovery point subtransaction and prewrite operation in our model to achieve higher concurrency. Our recovery algorithm consisting of system restart operations; analysis and redo operations and buffer management operations, which are modeled in terms of nested transactions. Modeling recovery operations in terms of subtransactions increases concurrency during system restart operations. As a future work, our transaction model need to extend in the context of orthogonally persistent programming languages where serious problems arise unless all computation exists within a transactional context, but this restricts concurrency. We are exploring this issue further. We are also looking into adapting our transaction recovery model in mobile computing environment (Madria et al., 1999). We are working on the verification of our recovery algorithm using I/O automaton model (Fekete et al., 1993). Each component of our recovery model is modeled as I/O automata and is specified with the help of some pre and post conditions to capture the operational semantics. We have proved some invariant that leads towards the correctness of the model. Thus, our model gives clear understanding of the recovery algorithm. This work will be reported as a separate paper (Madria and Bhargava, 1999), where main thrust is only on the proof of correctness.