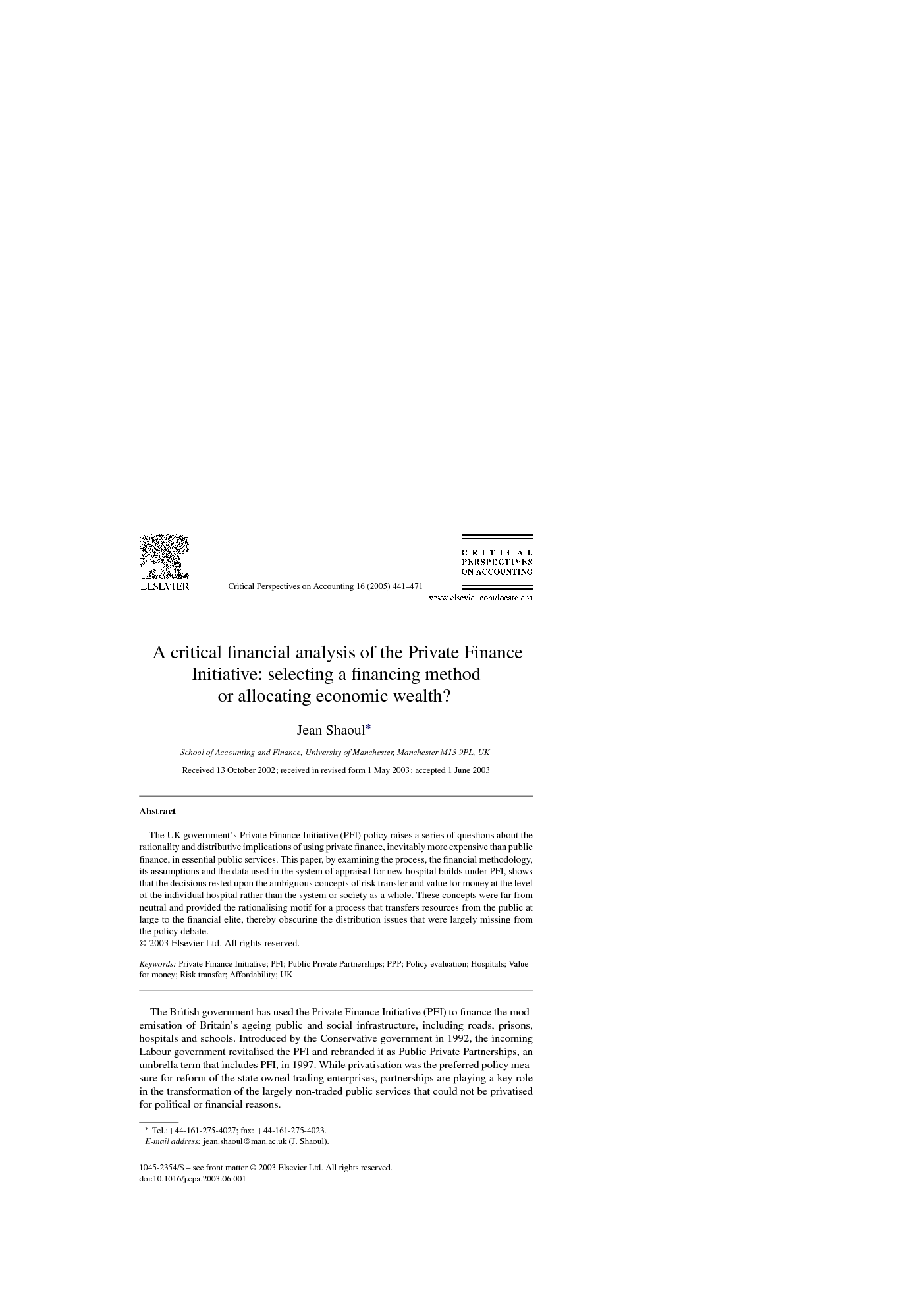 The UK government’s Private Finance Initiative (PFI) policy raises a series of questions about the rationality and distributive implications of using private finance, inevitably more expensive than public finance, in essential public services. This paper, by examining the process, the financial methodology, its assumptions and the data used in the system of appraisal for new hospital builds under PFI, shows that the decisions rested upon the ambiguous concepts of risk transfer and value for money at the level of the individual hospital rather than the system or society as a whole. These concepts were far from neutral and provided the rationalising motif for a process that transfers resources from the public at large to the financial elite, thereby obscuring the distribution issues that were largely missing from the policy debate.