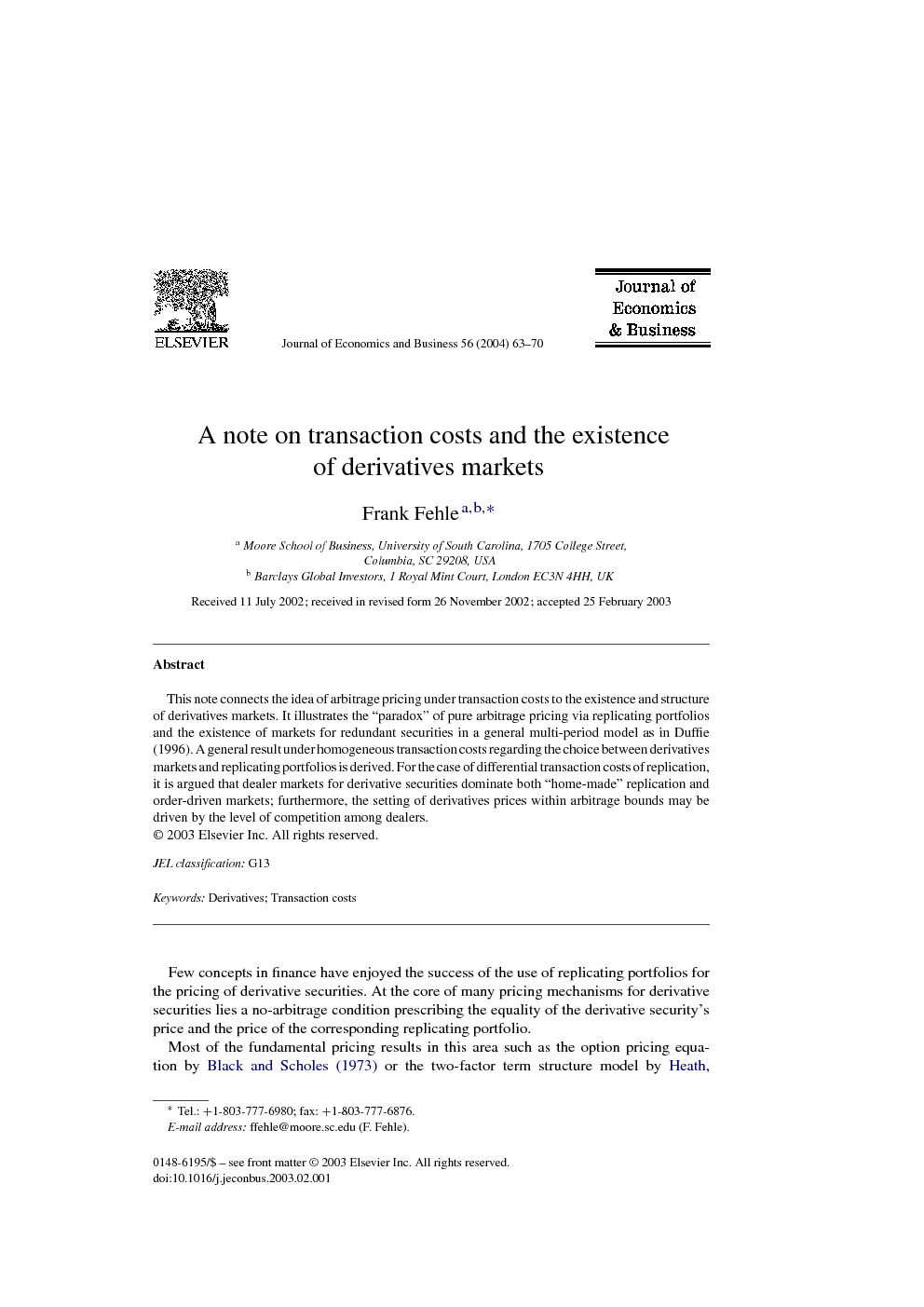 This note connects the idea of arbitrage pricing under transaction costs to the existence and structure of derivatives markets. It illustrates the “paradox” of pure arbitrage pricing via replicating portfolios and the existence of markets for redundant securities in a general multi-period model as in Duffie (1996). A general result under homogeneous transaction costs regarding the choice between derivatives markets and replicating portfolios is derived. For the case of differential transaction costs of replication, it is argued that dealer markets for derivative securities dominate both “home-made” replication and order-driven markets; furthermore, the setting of derivatives prices within arbitrage bounds may be driven by the level of competition among dealers.