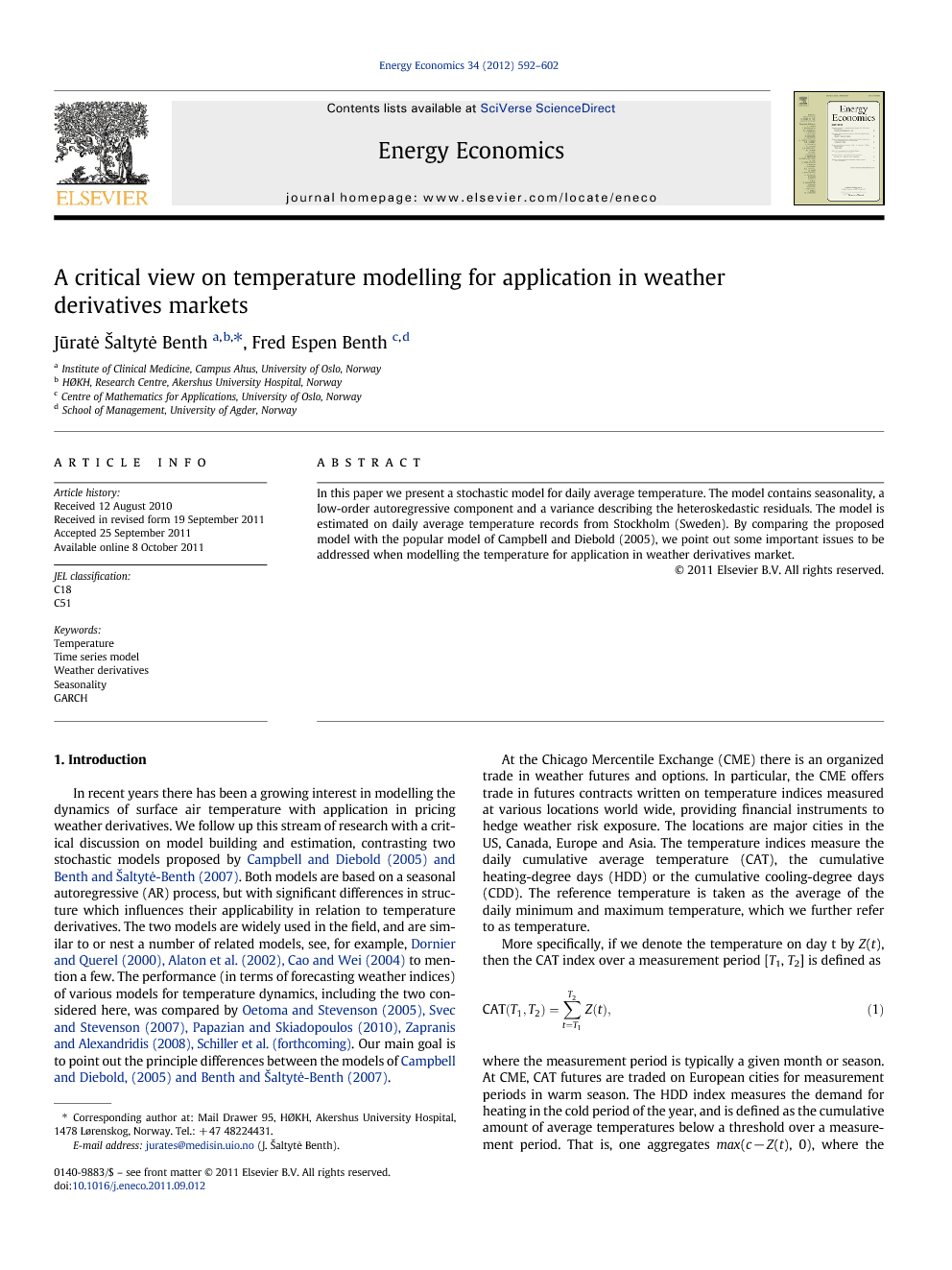 In this paper we present a stochastic model for daily average temperature. The model contains seasonality, a low-order autoregressive component and a variance describing the heteroskedastic residuals. The model is estimated on daily average temperature records from Stockholm (Sweden). By comparing the proposed model with the popular model of Campbell and Diebold (2005), we point out some important issues to be addressed when modelling the temperature for application in weather derivatives market.