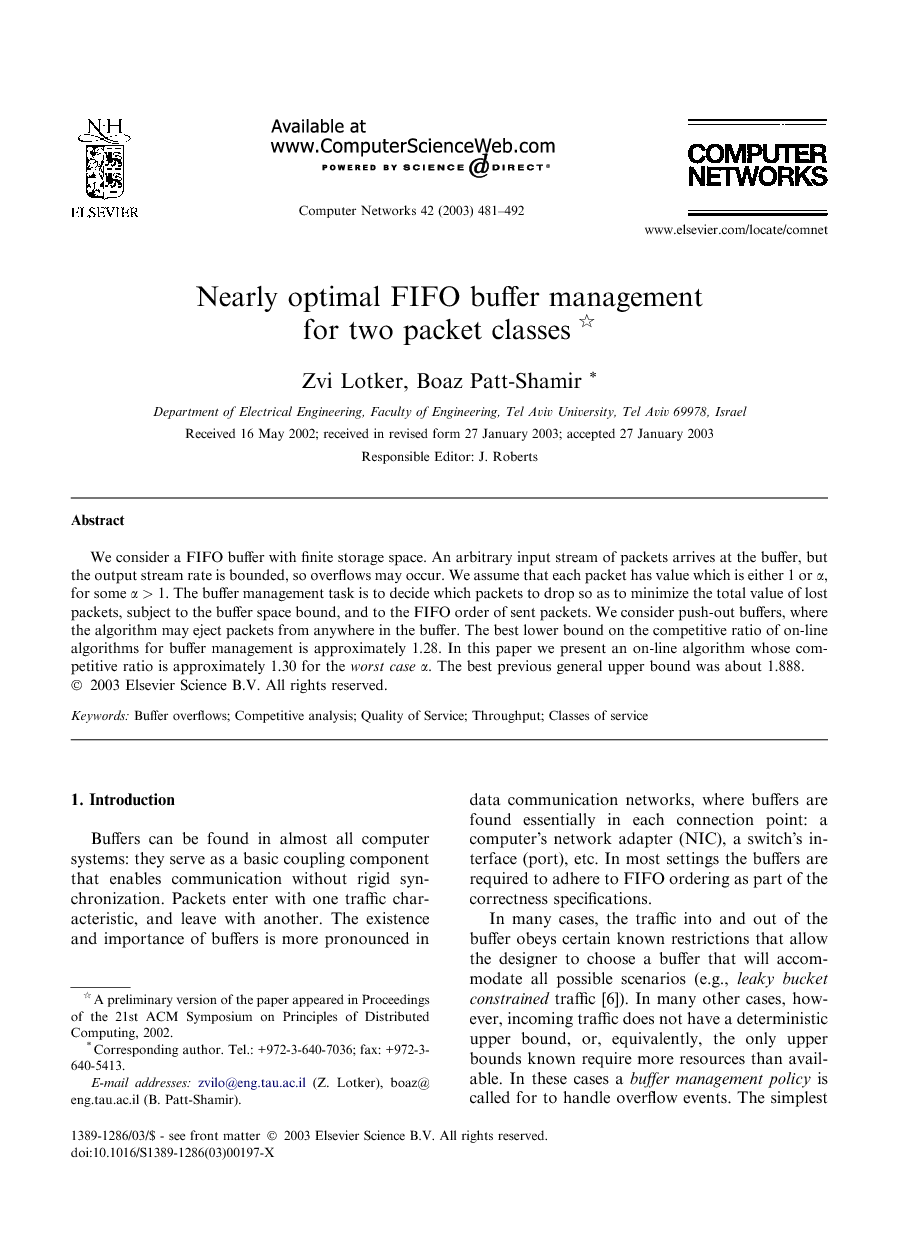 We consider a FIFO buffer with finite storage space. An arbitrary input stream of packets arrives at the buffer, but the output stream rate is bounded, so overflows may occur. We assume that each packet has value which is either 1 or α, for some α>1. The buffer management task is to decide which packets to drop so as to minimize the total value of lost packets, subject to the buffer space bound, and to the FIFO order of sent packets. We consider push-out buffers, where the algorithm may eject packets from anywhere in the buffer. The best lower bound on the competitive ratio of on-line algorithms for buffer management is approximately 1.28. In this paper we present an on-line algorithm whose competitive ratio is approximately 1.30 for the worst caseα. The best previous general upper bound was about 1.888.

We have presented a buffer management algorithm for the DiffServ model, where only two packet values are possible. The obvious open question is whether the upper bound can be improved to meet the lower bound (we believe that the lower bound is the best possible). Another important open problem is finding an algorithm for the general model, where packet values may be any number in [1,α]. In fact, it is not clear even how to generalize our algorithm to more than two values. Lastly, we remark that from the implementation point of view, head-drop and tail-drop are extremely more efficient than push-out queues. We believe that our algorithm can be extended to the head-drop model.