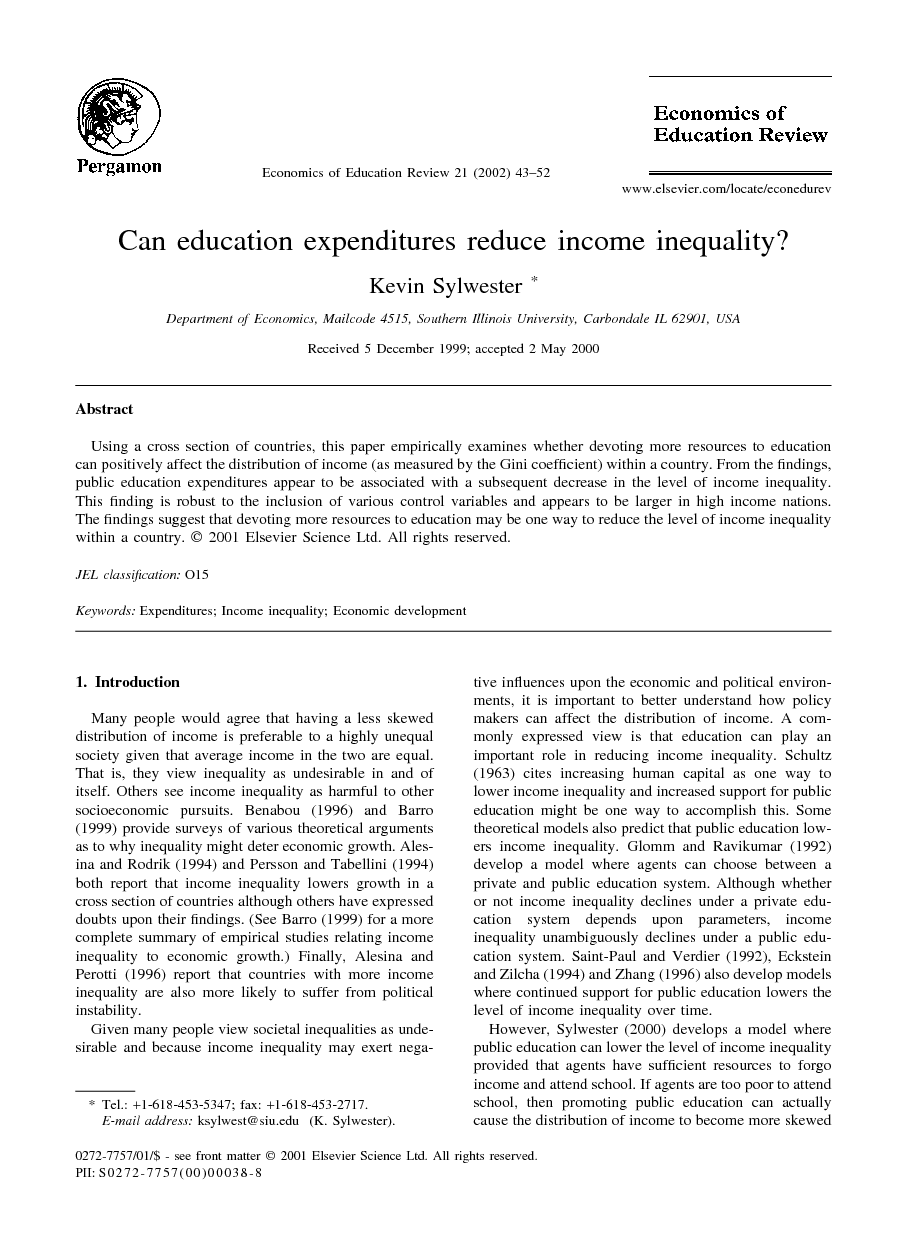 Using a cross section of countries, this paper empirically examines whether devoting more resources to education can positively affect the distribution of income (as measured by the Gini coefficient) within a country. From the findings, public education expenditures appear to be associated with a subsequent decrease in the level of income inequality. This finding is robust to the inclusion of various control variables and appears to be larger in high income nations. The findings suggest that devoting more resources to education may be one way to reduce the level of income inequality within a country.

From the above results, it appears that countries that devote more resources to public education as a percentage of GDP have lower income inequality in subsequent years although any effects are slow to be realized. This conclusion implies that support for education is beneficial for other reasons than raising the human capital to spur economic growth. The results appear to be stronger in OECD countries although there is some evidence, albeit weaker, that public education expenditures slowly lessen income inequality in less developed countries as well. Studies such as Easterly and Rebelo (1993) and Sylwester (1999) report that education expenditures are either not associated with economic growth or perhaps even lower growth in the short run. This paper suggests that these expenditures may be important along other dimensions and, specifically, to reducing income inequality. However, the study leaves open certain issues. The first concerns what type of education expenditures are most beneficial at reducing income inequality: primary; secondary; or higher education? This issue is important if one is to better understand how to best allocate resources within education itself. A second issue is to better ascertain the lag from when resources are allocated to public education and when effects upon the distribution of income occur. Such knowledge would provide policy makers a better understanding of how long to wait before judging the impact of some re-allocation of resources toward public education. These issues are left for future work.