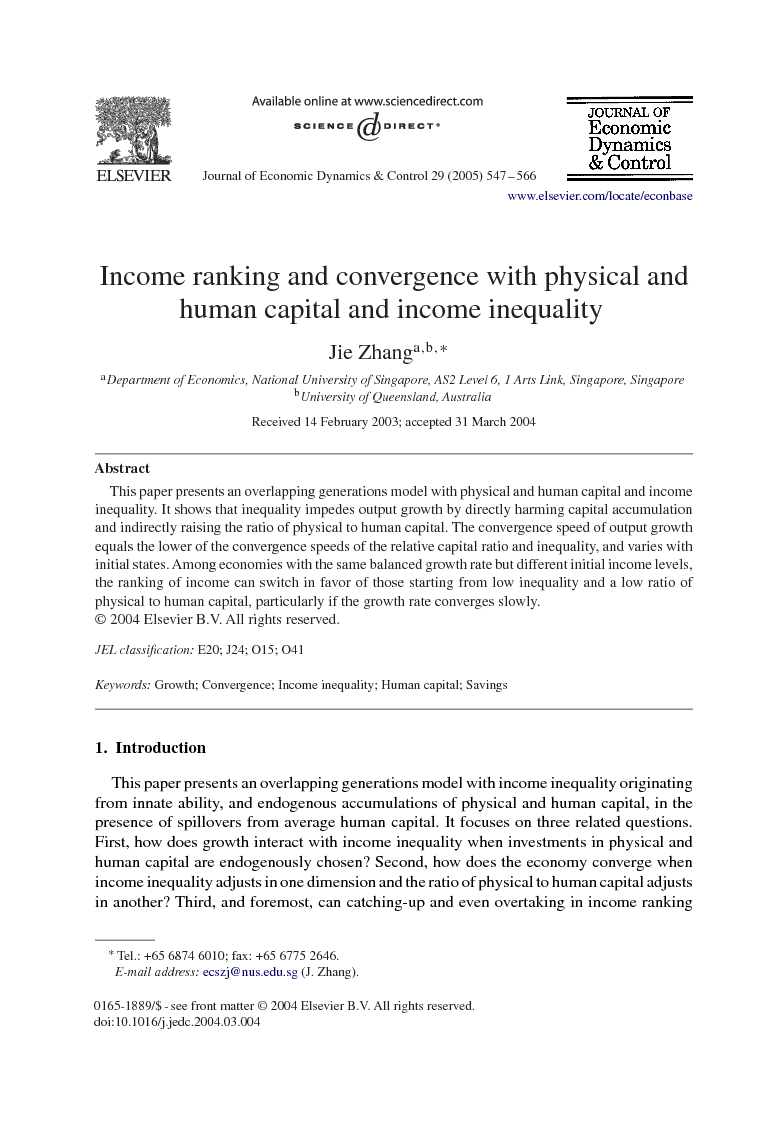 This paper presents an overlapping generations model with physical and human capital and income inequality. It shows that inequality impedes output growth by directly harming capital accumulation and indirectly raising the ratio of physical to human capital. The convergence speed of output growth equals the lower of the convergence speeds of the relative capital ratio and inequality, and varies with initial states. Among economies with the same balanced growth rate but different initial income levels, the ranking of income can switch in favor of those starting from low inequality and a low ratio of physical to human capital, particularly if the growth rate converges slowly.