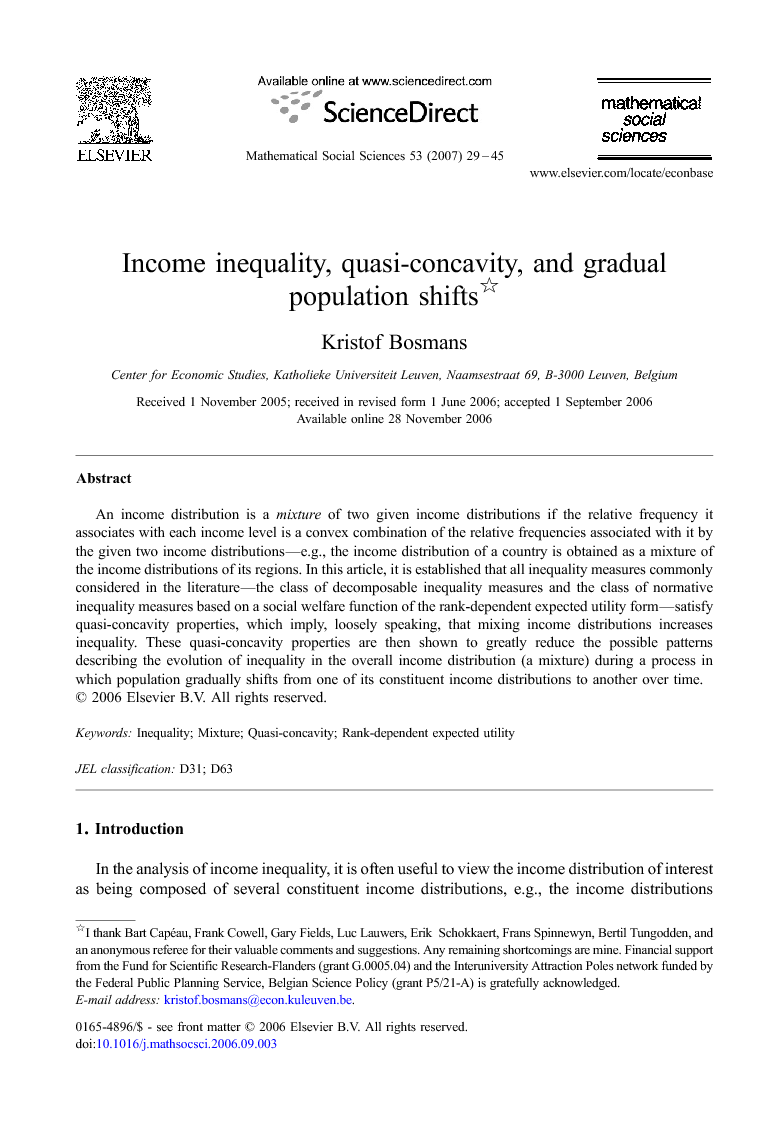 The literature on inequality measurement has focused exclusively on the specific strategy of supplementing the fundamental axioms, TP and βINV, with decomposability ideas, i.e., ideas concerning how changes in the inequality of constituent income distributions have to relate to changes in overall inequality—directly, in the form of the DEC axiom, or, indirectly, by basing inequality measures on an RDEU social welfare function, which incorporates a weak decomposability condition. It was demonstrated in this article that all inequality measures considered in the literature satisfy the quasi-concavity properties QC and CSQC. Moreover, it was shown that the latter property allows only three patterns describing how inequality evolves during a process in which population gradually shifts from one constituent income distribution to another. On the one hand, the latter result reveals an attractive feature of CSQC: the property facilitates the study of empirical phenomena in which gradual population shifts occur. On the other hand, it may be argued that the three patterns allowed by CSQC are not the only plausible ones. If it is concluded that the other—non CSQC consistent—inequality views should also be expressible within a theory of inequality measurement, then our results show that one should focus on supplementing the fundamental axioms, TP and βINV, in alternative ways, rather than with decomposability ideas.