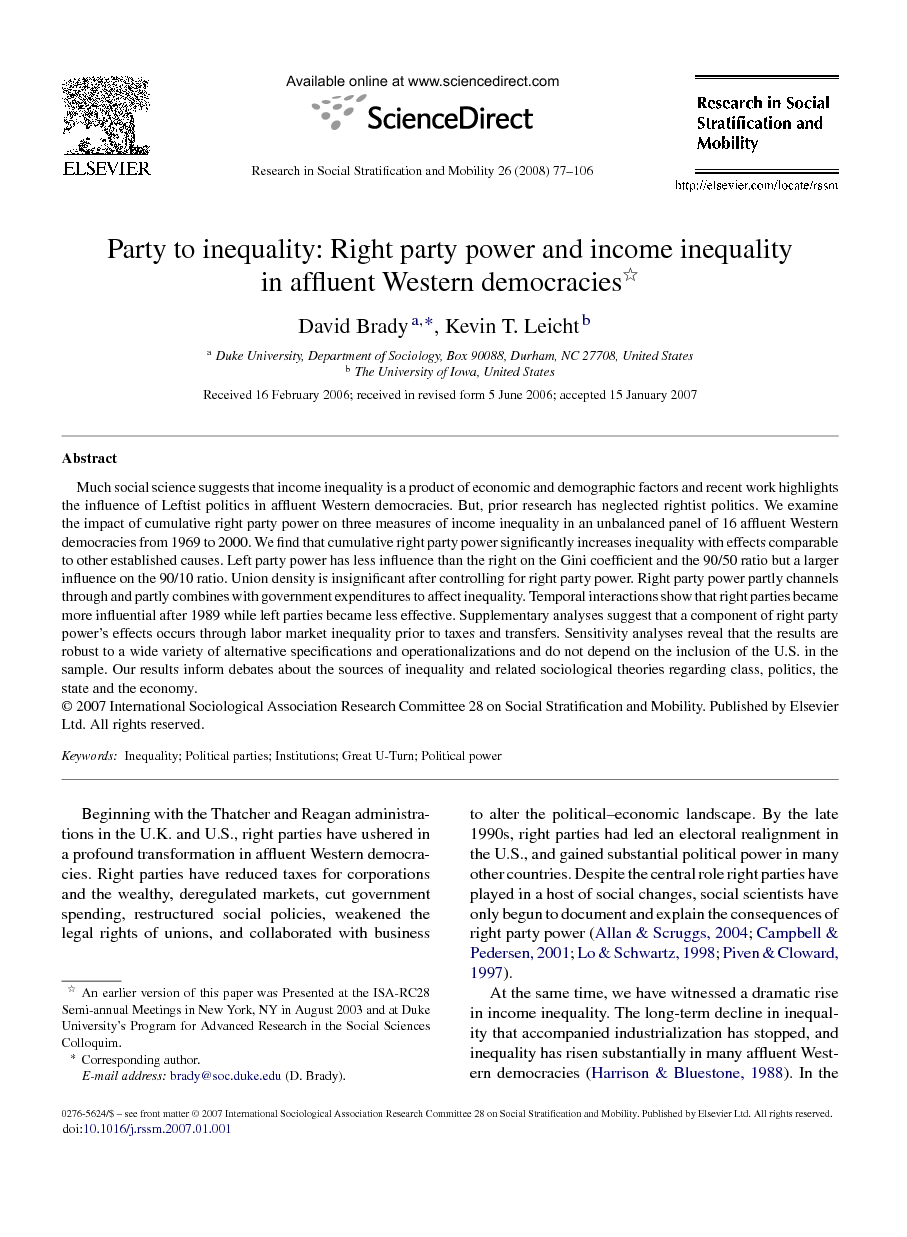 Much social science suggests that income inequality is a product of economic and demographic factors and recent work highlights the influence of Leftist politics in affluent Western democracies. But, prior research has neglected rightist politics. We examine the impact of cumulative right party power on three measures of income inequality in an unbalanced panel of 16 affluent Western democracies from 1969 to 2000. We find that cumulative right party power significantly increases inequality with effects comparable to other established causes. Left party power has less influence than the right on the Gini coefficient and the 90/50 ratio but a larger influence on the 90/10 ratio. Union density is insignificant after controlling for right party power. Right party power partly channels through and partly combines with government expenditures to affect inequality. Temporal interactions show that right parties became more influential after 1989 while left parties became less effective. Supplementary analyses suggest that a component of right party power's effects occurs through labor market inequality prior to taxes and transfers. Sensitivity analyses reveal that the results are robust to a wide variety of alternative specifications and operationalizations and do not depend on the inclusion of the U.S. in the sample. Our results inform debates about the sources of inequality and related sociological theories regarding class, politics, the state and the economy.