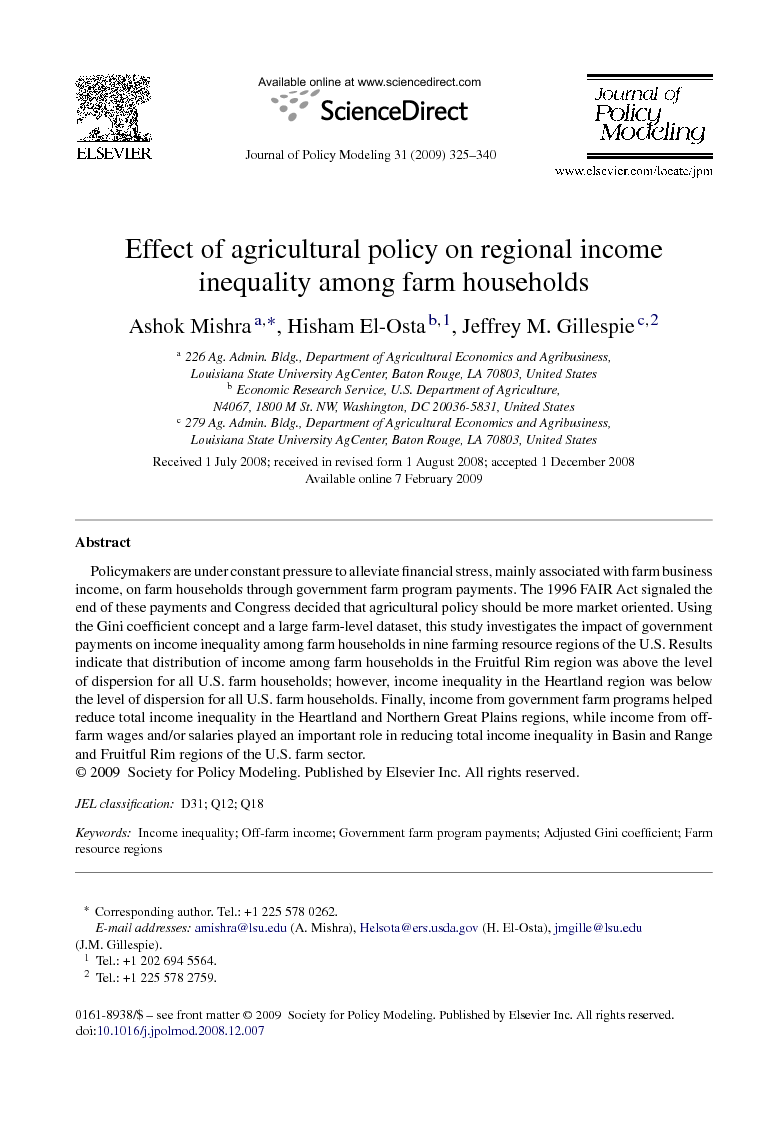 Policymakers are under constant pressure to alleviate financial stress, mainly associated with farm business income, on farm households through government farm program payments. The 1996 FAIR Act signaled the end of these payments and Congress decided that agricultural policy should be more market oriented. Using the Gini coefficient concept and a large farm-level dataset, this study investigates the impact of government payments on income inequality among farm households in nine farming resource regions of the U.S. Results indicate that distribution of income among farm households in the Fruitful Rim region was above the level of dispersion for all U.S. farm households; however, income inequality in the Heartland region was below the level of dispersion for all U.S. farm households. Finally, income from government farm programs helped reduce total income inequality in the Heartland and Northern Great Plains regions, while income from off-farm wages and/or salaries played an important role in reducing total income inequality in Basin and Range and Fruitful Rim regions of the U.S. farm sector.