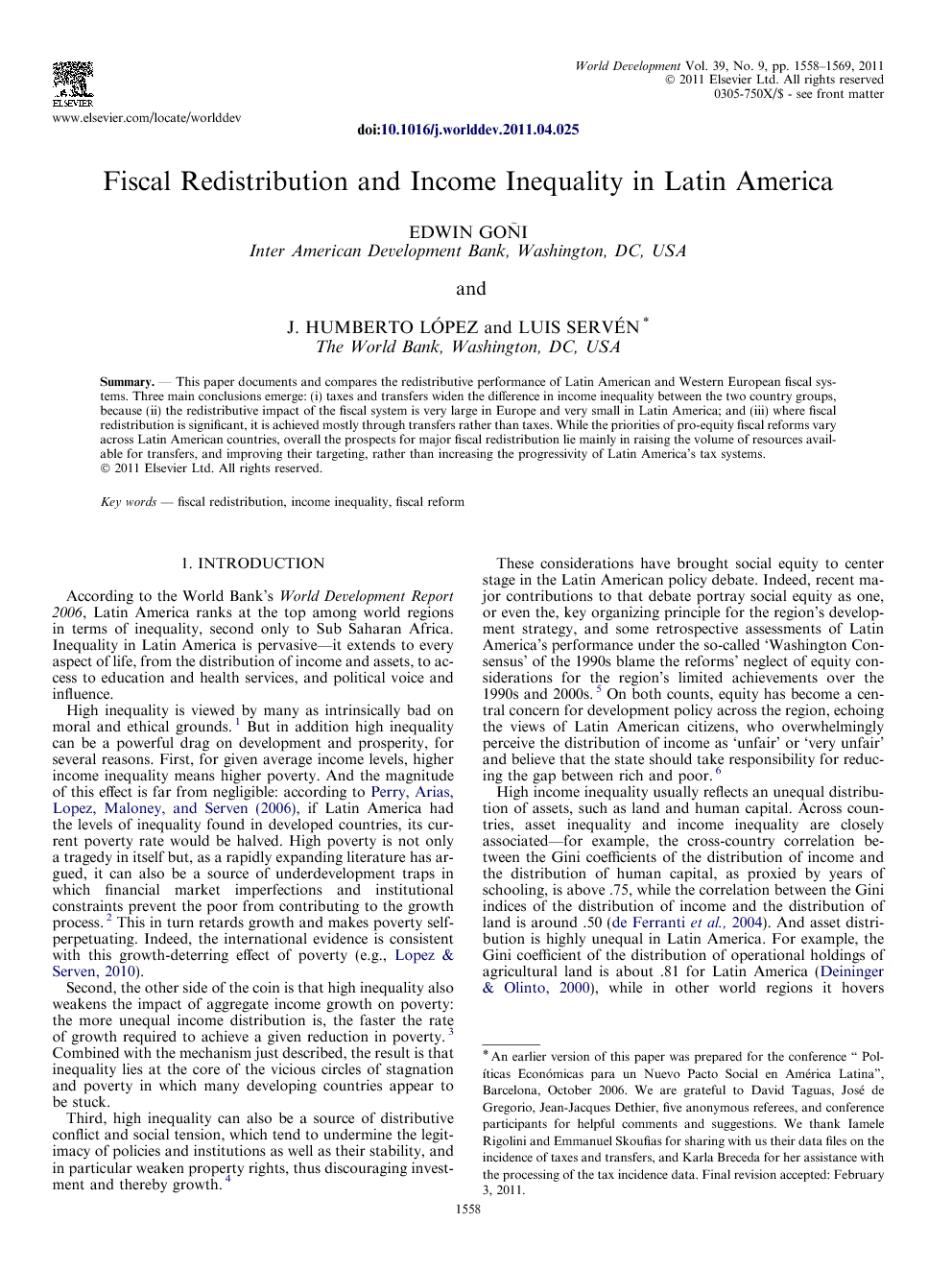 This paper documents and compares the redistributive performance of Latin American and Western European fiscal systems. Three main conclusions emerge: (i) taxes and transfers widen the difference in income inequality between the two country groups, because (ii) the redistributive impact of the fiscal system is very large in Europe and very small in Latin America; and (iii) where fiscal redistribution is significant, it is achieved mostly through transfers rather than taxes. While the priorities of pro-equity fiscal reforms vary across Latin American countries, overall the prospects for major fiscal redistribution lie mainly in raising the volume of resources available for transfers, and improving their targeting, rather than increasing the progressivity of Latin America’s tax systems.