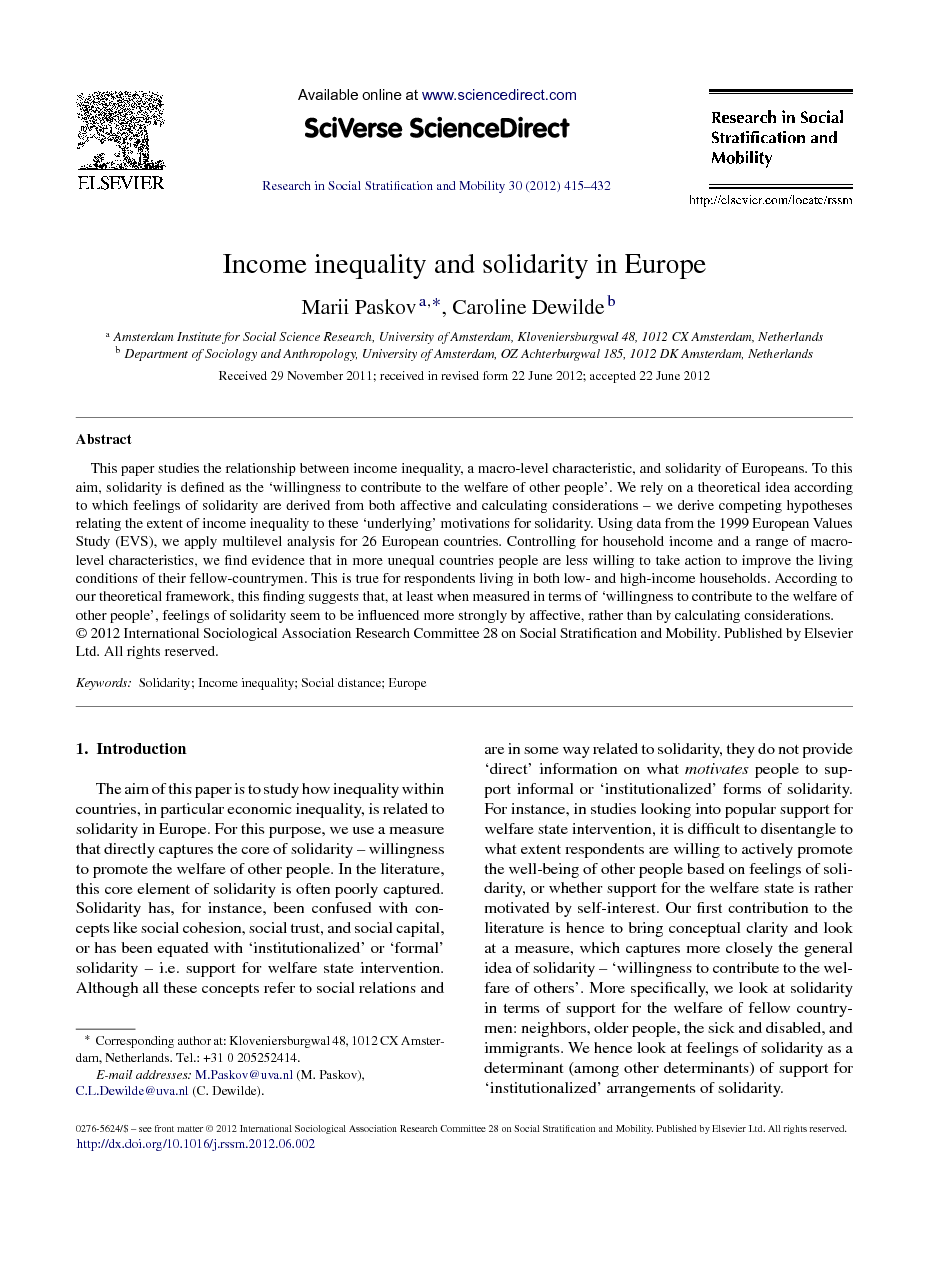 This paper studies the relationship between income inequality, a macro-level characteristic, and solidarity of Europeans. To this aim, solidarity is defined as the ‘willingness to contribute to the welfare of other people’. We rely on a theoretical idea according to which feelings of solidarity are derived from both affective and calculating considerations – we derive competing hypotheses relating the extent of income inequality to these ‘underlying’ motivations for solidarity. Using data from the 1999 European Values Study (EVS), we apply multilevel analysis for 26 European countries. Controlling for household income and a range of macro-level characteristics, we find evidence that in more unequal countries people are less willing to take action to improve the living conditions of their fellow-countrymen. This is true for respondents living in both low- and high-income households. According to our theoretical framework, this finding suggests that, at least when measured in terms of ‘willingness to contribute to the welfare of other people’, feelings of solidarity seem to be influenced more strongly by affective, rather than by calculating considerations.