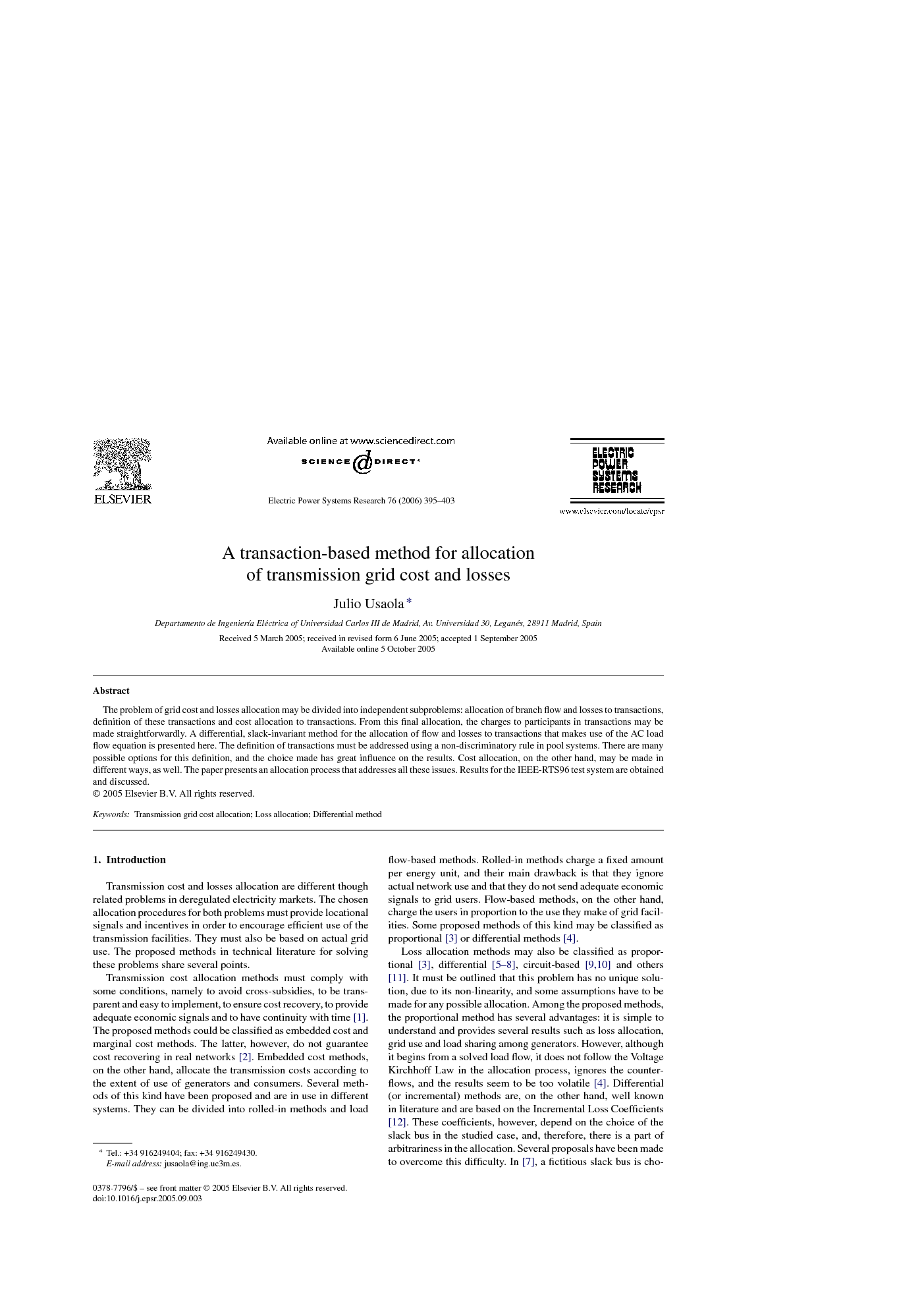 From the presented results, it can be concluded that: • The problems of losses and flow allocation to transactions, cost allocation and transaction definition can be solved independently. • Differential methods seem adequate to solve the flow and losses allocation problems, because they take into account the physical laws of electric grids. A method for solving this problem has been proposed. This method does not depend on the choice of the slack bus and uses the AC load flow equations. • Although the integration of the differential equation seems to be theoretically sound, it needs unrealistic assumptions or, at least, to define clearly initial conditions and an integration path. Besides, a reconciliation process involving much less computational burden provides the same results. • Cost allocation methods have been also discussed. It has been proposed to allow negative allocations for losses, and to not allow them in flow allocation, since it could lead to unacceptable results. • Transaction definition has a key role in the overall allocation process. EBE principle charges more the peripheral generation and demand, and seems to be a bad choice for large systems. PSP is more volatile spatially and temporally, charges more the central generation and demand and tends to split a big system into several balanced subsystems.