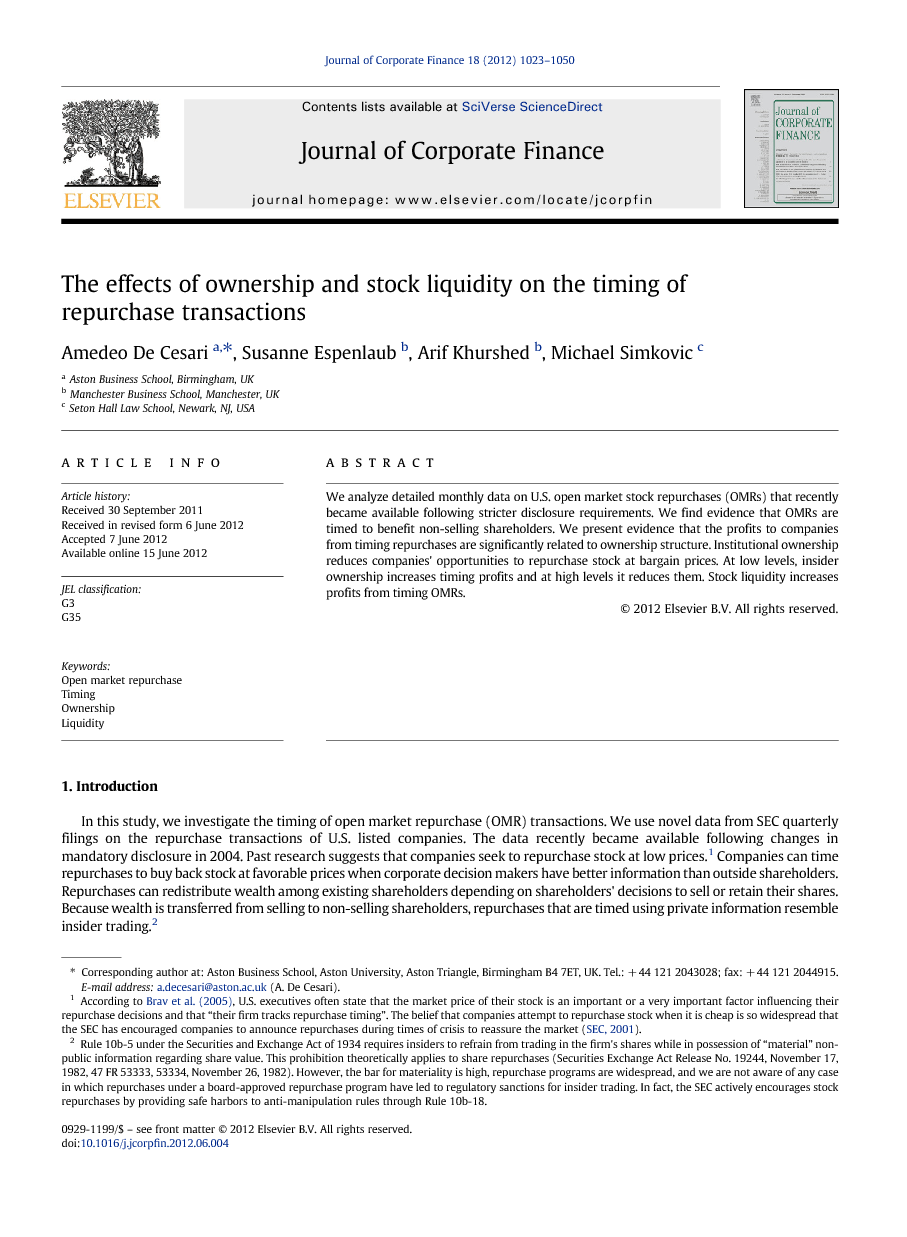 We investigate the timing of open market repurchase (OMR) transactions using a novel dataset collected from SEC filings that have become available since 2004. We present evidence that companies time repurchases and buy back stock at comparatively low prices. We show that companies tend to repurchase shares in months when the share price dips. We also show that there are negative abnormal returns in periods preceding months with repurchase activity and positive abnormal returns in periods following months with repurchase activity. Finally, we quantify the price advantages and cost savings companies make when repurchasing stock. The majority of trading gains come from repurchasing stock in months when prices are relatively low. The cost savings companies make by timing repurchases are economically significant. The average 19-month cost savings are about 0.25% of the market capitalization of a company and about 0.54% of the book value of total assets. For some companies the cost savings are very large; maximum savings are 7.76% of a market capitalization and 28.21% of total assets. We present evidence that companies' profits from timing repurchases are significantly related to ownership structure. Specifically, institutional ownership reduces the gains from timing OMRs. This relation is consistent with the information effect that predicts that larger shareholdings by informed (institutional) investors increase the information contained in market valuations and reduce companies' opportunities to profit from repurchasing stock at bargain prices. The impact of insider ownership on timing profits is nonlinear. Specifically, there is an inverted u-shaped relation between insider ownership (on the x-axis) and the gains from timing repurchases (on the y-axis). This suggests that at low levels of insider ownership the wealth transfer effect dominates the information effect. The wealth transfer effect predicts a positive impact of insider ownership on repurchase timing because the benefits to non-selling insiders from timing repurchases are directly related to their shareholdings. At high levels of insider ownership, by contrast, a further increase in insider ownership reduces the gains from timing. Here, the wealth transfer effect is more than offset by the information effect of higher informed ownership that reduces a company's opportunities to buy back undervalued stock. We also document a significant positive impact of stock liquidity on companies' profits from timing OMRs. This is consistent with our prediction that companies with illiquid stocks have fewer opportunities to time OMRs because of high transaction costs and the large price impact of transactions in illiquid markets.