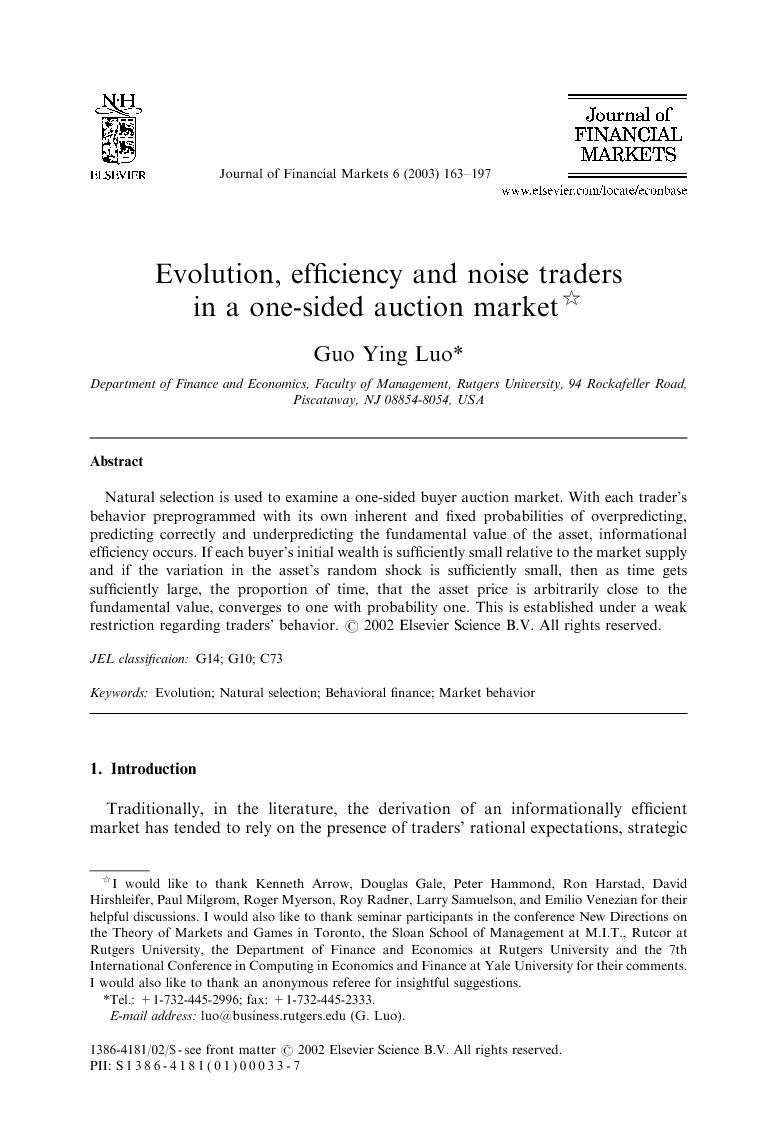 Natural selection is used to examine a one-sided buyer auction market. With each trader's behavior preprogrammed with its own inherent and fixed probabilities of overpredicting, predicting correctly and underpredicting the fundamental value of the asset, informational efficiency occurs. If each buyer's initial wealth is sufficiently small relative to the market supply and if the variation in the asset's random shock is sufficiently small, then as time gets sufficiently large, the proportion of time, that the asset price is arbitrarily close to the fundamental value, converges to one with probability one. This is established under a weak restriction regarding traders’ behavior.