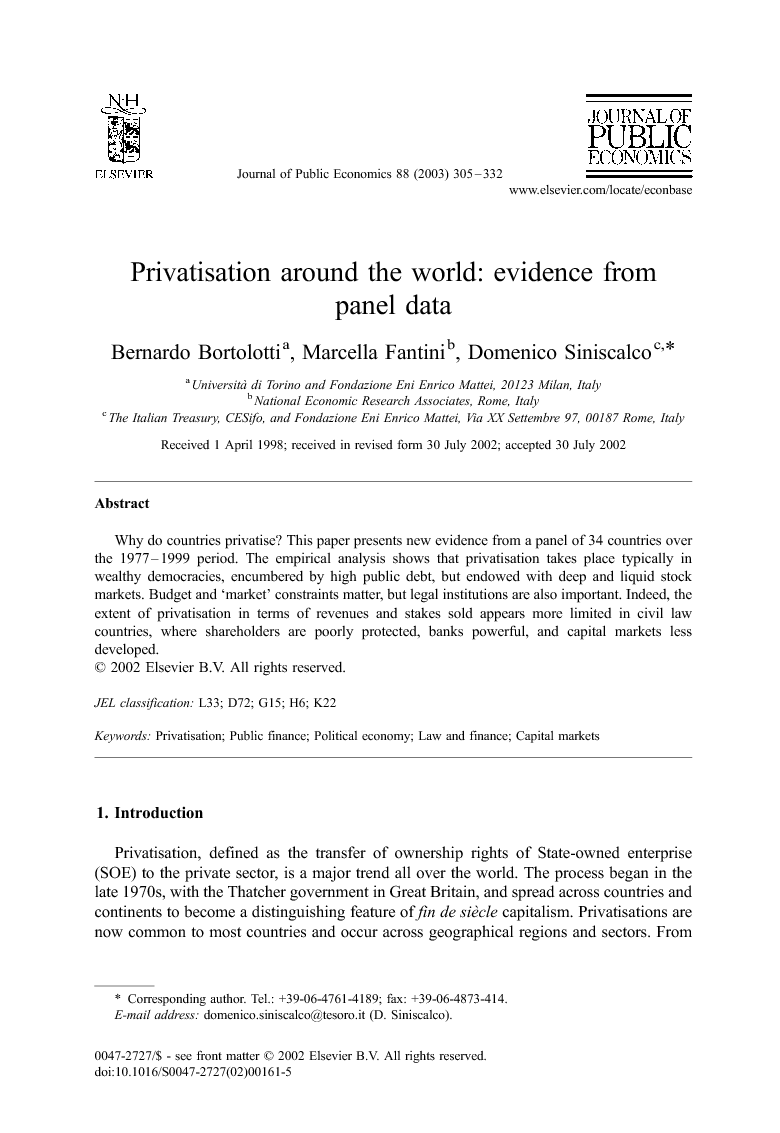 Why do countries privatise? This paper presents new evidence from a panel of 34 countries over the 1977–1999 period. The empirical analysis shows that privatisation takes place typically in wealthy democracies, encumbered by high public debt, but endowed with deep and liquid stock markets. Budget and ‘market’ constraints matter, but legal institutions are also important. Indeed, the extent of privatisation in terms of revenues and stakes sold appears more limited in civil law countries, where shareholders are poorly protected, banks powerful, and capital markets less developed.

This paper has tried to explore empirically the reasons why governments privatise, and to assess the size and extent of privatisation processes around the world. We identify market, budget and institutional constraints affecting privatisation. First, privatisation appears to be facilitated by a well-functioning financial system. Deep and liquid domestic equity markets allow the privatisation of large State-owned enterprises, and to extract the full market value of the company sold. Second, privatisation seems triggered by high levels of sovereign debt, as revenues can be allocated to square the budget. Third, privatisation requires suitable political and legal institutions to be set in motion. Indeed, assets can be credibly transferred from the State to the private sector only if the law provides adequate protection to private investment.