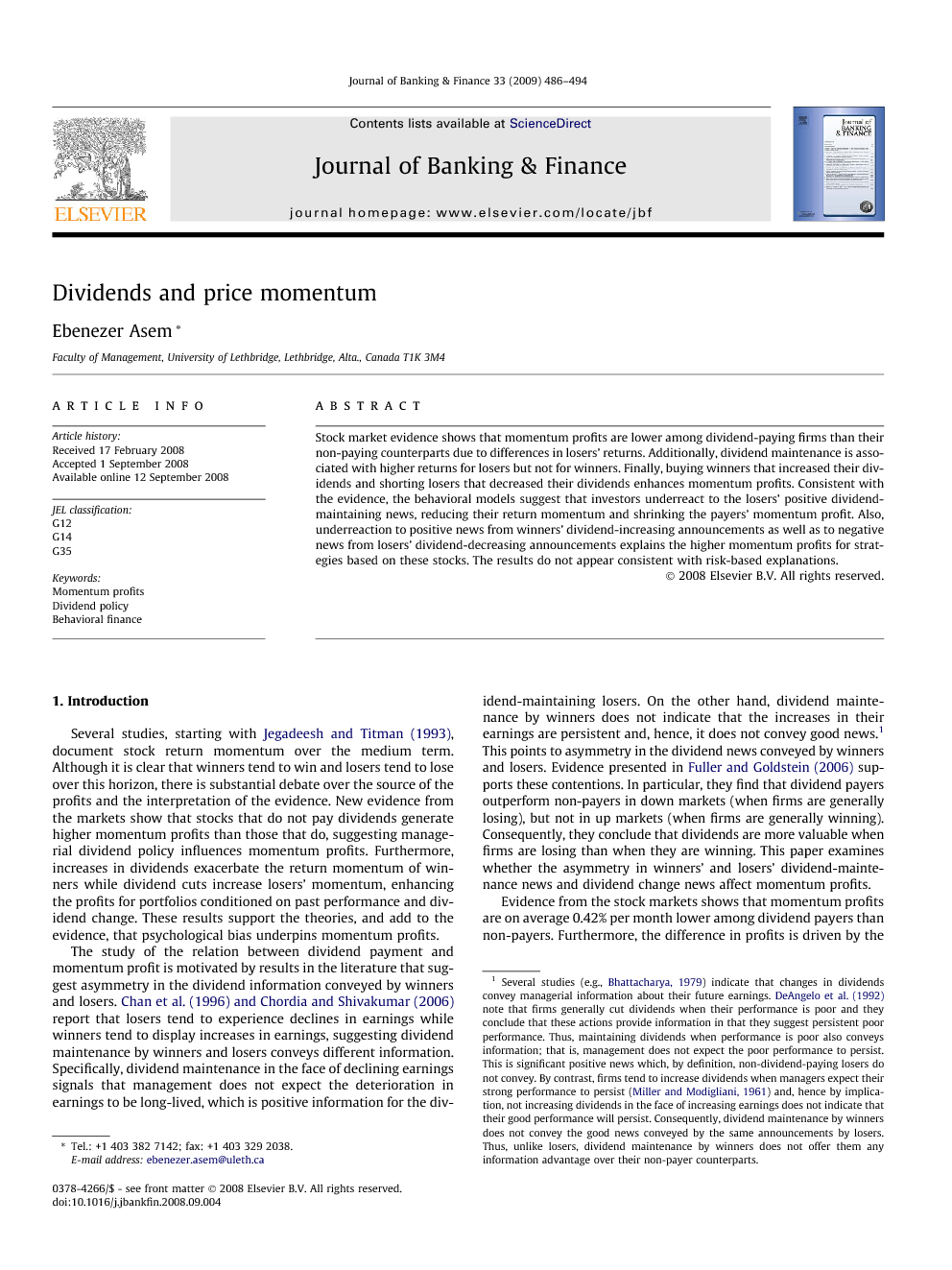 Stock market evidence shows that momentum profits are lower among dividend-paying firms than their non-paying counterparts due to differences in losers’ returns. Additionally, dividend maintenance is associated with higher returns for losers but not for winners. Finally, buying winners that increased their dividends and shorting losers that decreased their dividends enhances momentum profits. Consistent with the evidence, the behavioral models suggest that investors underreact to the losers’ positive dividend-maintaining news, reducing their return momentum and shrinking the payers’ momentum profit. Also, underreaction to positive news from winners’ dividend-increasing announcements as well as to negative news from losers’ dividend-decreasing announcements explains the higher momentum profits for strategies based on these stocks. The results do not appear consistent with risk-based explanations.