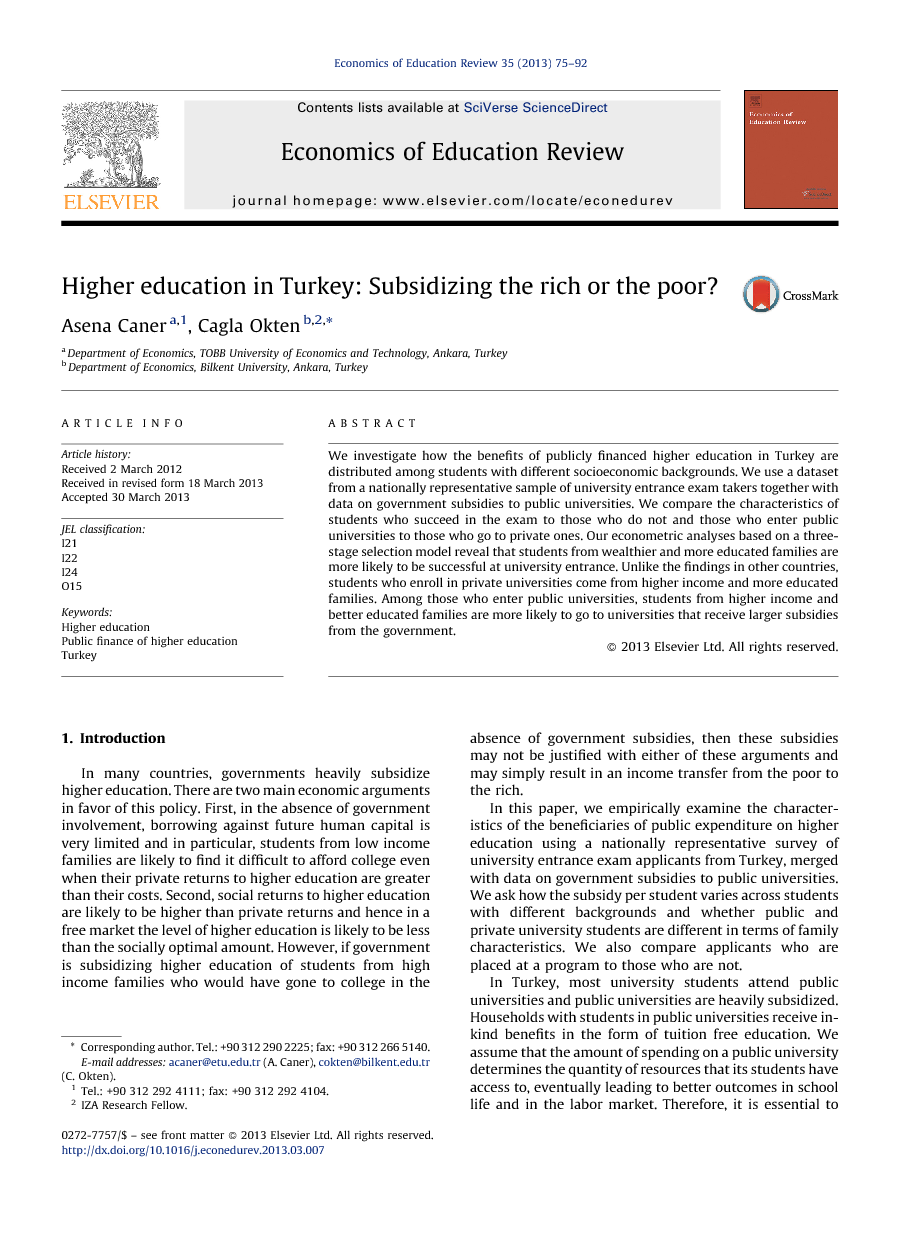 We investigate how the benefits of publicly financed higher education in Turkey are distributed among students with different socioeconomic backgrounds. We use a dataset from a nationally representative sample of university entrance exam takers together with data on government subsidies to public universities. We compare the characteristics of students who succeed in the exam to those who do not and those who enter public universities to those who go to private ones. Our econometric analyses based on a three-stage selection model reveal that students from wealthier and more educated families are more likely to be successful at university entrance. Unlike the findings in other countries, students who enroll in private universities come from higher income and more educated families. Among those who enter public universities, students from higher income and better educated families are more likely to go to universities that receive larger subsidies from the government.