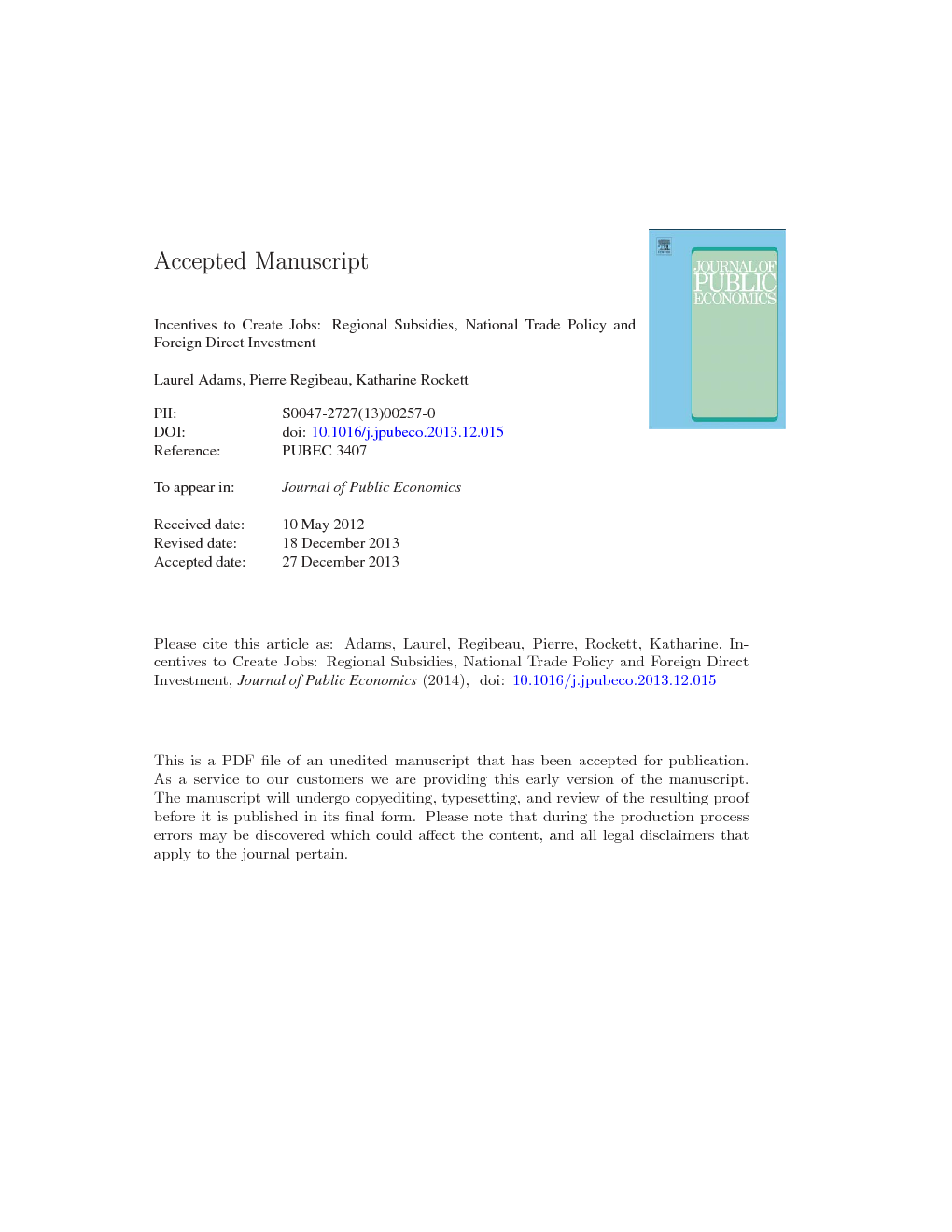 A national authority wishes to attract foreign direct investment (FDI) to create local jobs. We analyse the optimal national trade policy when local authorities might offer subsidies to convince a multi-national enterprise (MNE) to invest in their jurisdiction. With centralised decision-making or with allocation of investment to particular localities, the central authority’s optimal policy is to use a high tariff to avoid payment of any subsidy to the MNE. Despite this, some socially undesirable (but locally desirable) FDI cannot be avoided. If local authorities compete to offer subsidies to attract local investment, then the central government’s optimal policy is to try to discourage FDI by choosing a low tariff. Despite this, some socially undesirable – and even locally undesirable -- FDI prevails. We conduct our analysis both assuming an upper bound on tariffs, as would be consistent with trade liberalisation, and allowing tariffs to vary freely. The effect of increasing trade liberalisation depends heavily on the system of granting local subsidies: if the system is centralised, trade liberalisation decreases the range of parameters for which FDI occurs; if the system is decentralised and competitive, it increases this range.