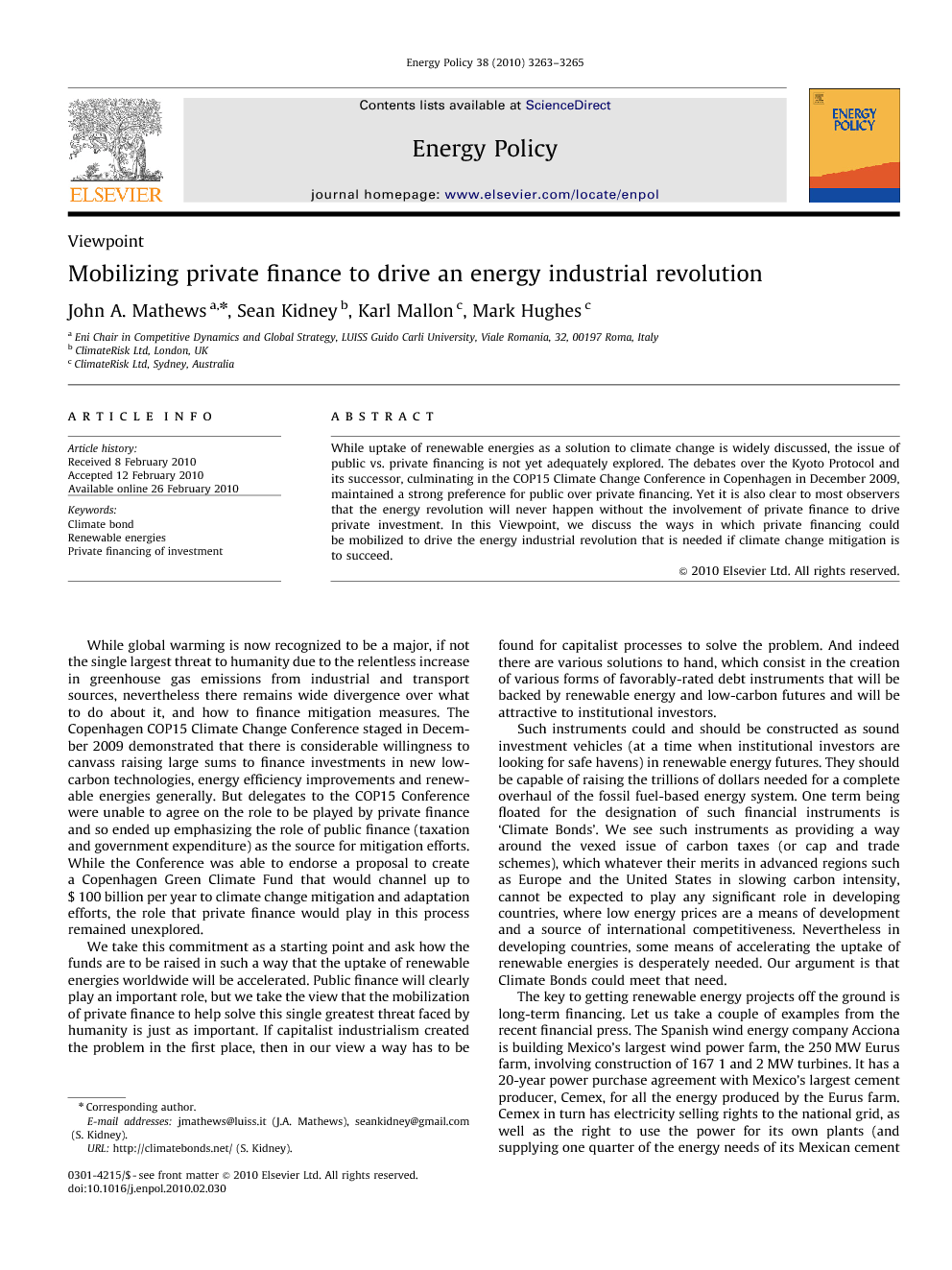 While uptake of renewable energies as a solution to climate change is widely discussed, the issue of public vs. private financing is not yet adequately explored. The debates over the Kyoto Protocol and its successor, culminating in the COP15 Climate Change Conference in Copenhagen in December 2009, maintained a strong preference for public over private financing. Yet it is also clear to most observers that the energy revolution will never happen without the involvement of private finance to drive private investment. In this Viewpoint, we discuss the ways in which private financing could be mobilized to drive the energy industrial revolution that is needed if climate change mitigation is to succeed.