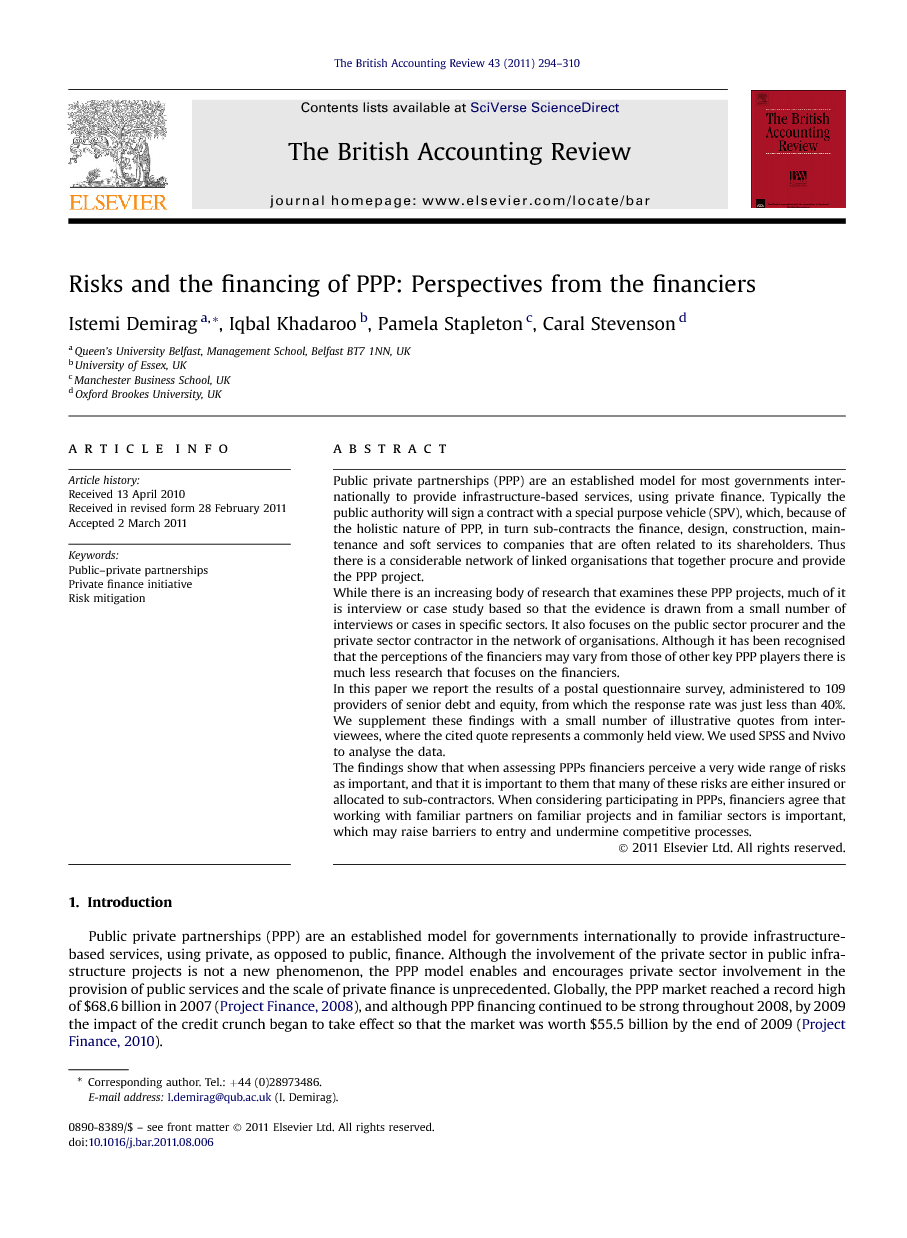 Public private partnerships (PPP) are an established model for most governments internationally to provide infrastructure-based services, using private finance. Typically the public authority will sign a contract with a special purpose vehicle (SPV), which, because of the holistic nature of PPP, in turn sub-contracts the finance, design, construction, maintenance and soft services to companies that are often related to its shareholders. Thus there is a considerable network of linked organisations that together procure and provide the PPP project. While there is an increasing body of research that examines these PPP projects, much of it is interview or case study based so that the evidence is drawn from a small number of interviews or cases in specific sectors. It also focuses on the public sector procurer and the private sector contractor in the network of organisations. Although it has been recognised that the perceptions of the financiers may vary from those of other key PPP players there is much less research that focuses on the financiers. In this paper we report the results of a postal questionnaire survey, administered to 109 providers of senior debt and equity, from which the response rate was just less than 40%. We supplement these findings with a small number of illustrative quotes from interviewees, where the cited quote represents a commonly held view. We used SPSS and Nvivo to analyse the data. The findings show that when assessing PPPs financiers perceive a very wide range of risks as important, and that it is important to them that many of these risks are either insured or allocated to sub-contractors. When considering participating in PPPs, financiers agree that working with familiar partners on familiar projects and in familiar sectors is important, which may raise barriers to entry and undermine competitive processes.