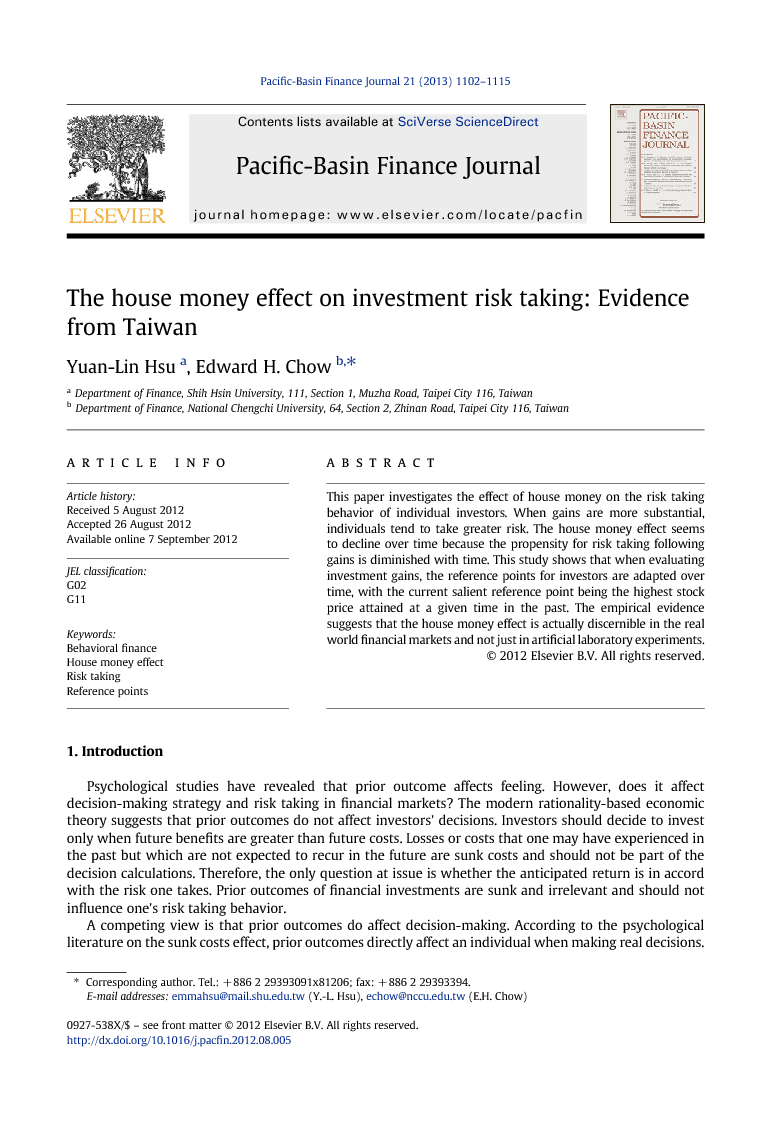 This paper investigates the effect of house money on the risk taking behavior of individual investors. When gains are more substantial, individuals tend to take greater risk. The house money effect seems to decline over time because the propensity for risk taking following gains is diminished with time. This study shows that when evaluating investment gains, the reference points for investors are adapted over time, with the current salient reference point being the highest stock price attained at a given time in the past. The empirical evidence suggests that the house money effect is actually discernible in the real world financial markets and not just in artificial laboratory experiments.

Despite the strong psychological foundations and the extensive experimental evidence of the house money effect, there have been few empirical studies undertaken on this issue because of data limitations. The database used in the present study is a comprehensive set of records on stock market trading, which allows us to directly examine the relationship between prior investment gains and the change in risk taking among individual investors. This study provides clear support for the theory and prior experimental results on the house money effect — an increase in risk taking in securities investment among individual investors has a strong correlation with prior gains. The analyses across different sizes and periods suggest that the gains should be sufficiently large to be perceived as the house's money and that the influence of any significant gains depreciates gradually over time. In addition, irrespective of the type of reference point used, there is a strong house money effect. However, the maximum stock price seems to be a more relevant reference point than the purchase prices.