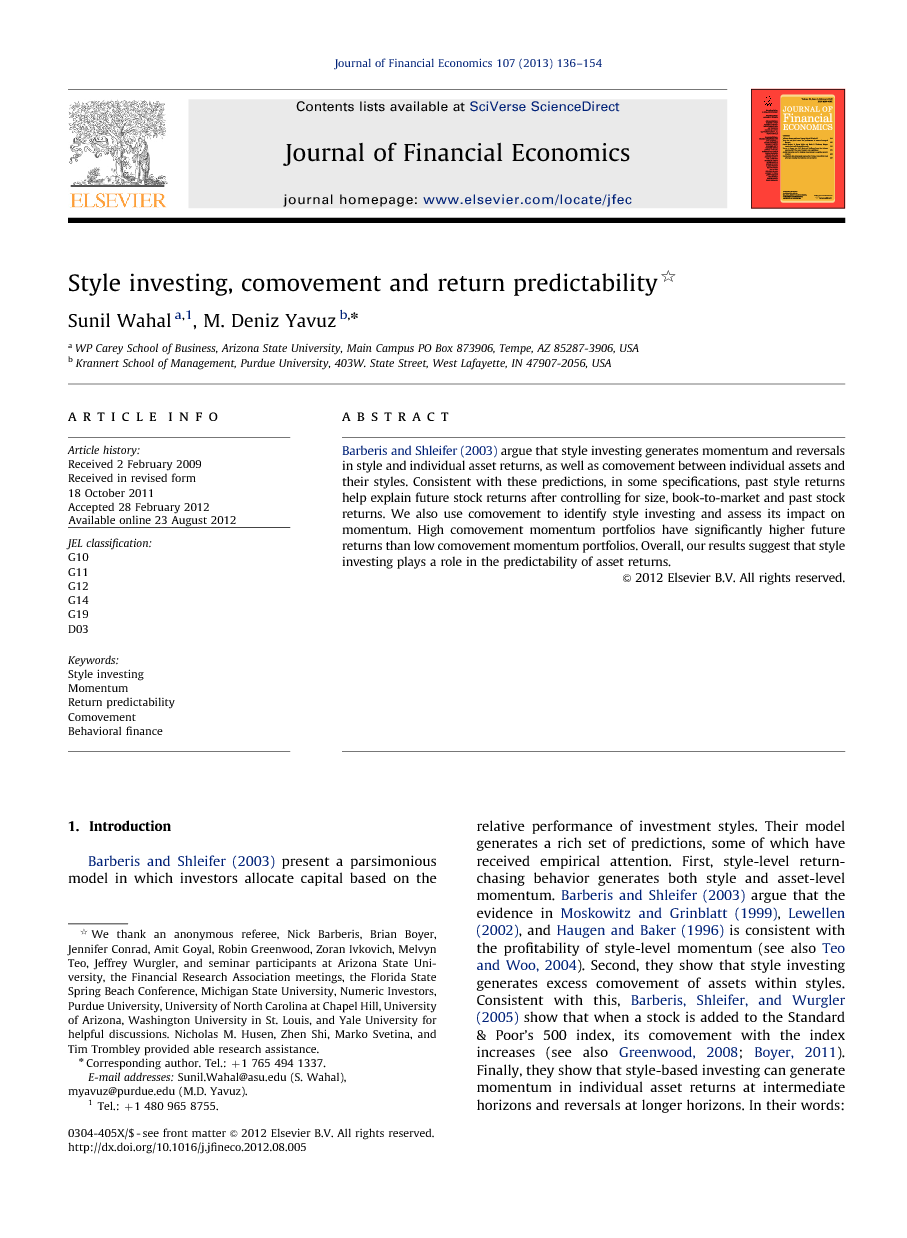 Barberis and Shleifer (2003) argue that style investing generates momentum and reversals in style and individual asset returns, as well as comovement between individual assets and their styles. Consistent with these predictions, in some specifications, past style returns help explain future stock returns after controlling for size, book-to-market and past stock returns. We also use comovement to identify style investing and assess its impact on momentum. High comovement momentum portfolios have significantly higher future returns than low comovement momentum portfolios. Overall, our results suggest that style investing plays a role in the predictability of asset returns.

Style investing is ubiquitous. As retail investors have reduced the fraction of directly held equity, they have concomitantly increased their holdings of mutual funds, almost all of which are classified based on investment styles. Similarly, the vast majority of plan sponsor (institutional) allocations to equity are also based on investment styles (see, for example, Goyal and Wahal, 2008). In retail as well as institutional arenas, investors, investment advisers, and plan fiduciaries use size and value-growth metrics in comparing investment alternatives. Yet, with the exception of the studies cited in the introduction, academic attention on the impact of style investing on asset prices does not appear to be commensurate with its apparent importance to investors. In this paper, we investigate the role of style-based investing on asset-level return predictability. Our motivation for this undertaking is the remarkably simple prediction provided by Barberis and Shleifer (2003), namely, that under certain conditions, style investing can generate predictability in returns. Consistent with this, the profits of winner, loser, and long–short momentum portfolios are directly related to the comovement of a stock with its style. Fama-MacBeth regressions also indicate that past style returns have some predictive power over and beyond stock's own past return. As we have recognized above, we cannot conclude that rational or stock-specific behavioral biases are not responsible for predictability in returns. We can, however, conclude that investing behavior in which investors chase style returns amplifies the waves in asset returns.