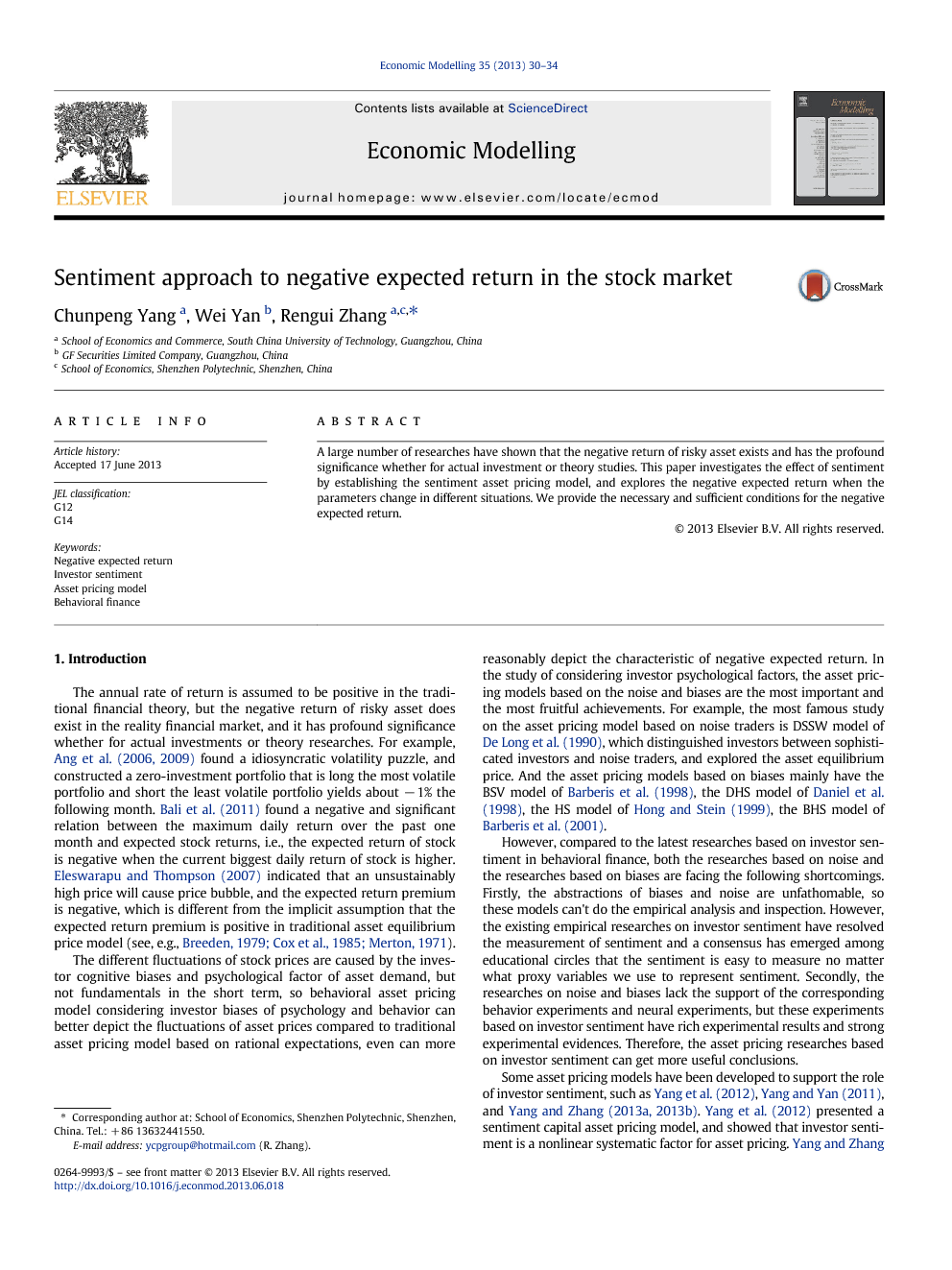 The capital asset pricing problem is a kernel one in modern financial theory. However, many phenomena of abnormal investor behavior and financial anomalies which didn't satisfy the standard financial theory emerged in the security market since the end of 1970s. Henceforth, the academia began to introspect into the rationality of basic hypotheses for standard financial theories. On this basis, an analysis framework of behavioral finance was constructed gradually. For the capital asset pricing models based on behavioral finance, there are two main approaches nowadays, one is based on the noise, and the other one is based on the biases. However, both the researches based on noise and the researches on biases are facing two shortcomings. Firstly, the abstractions of biases and noise are unfathomable, so these models can't do the empirical analysis and inspection. Secondly, the researches on noise and biases are lack of the support of the corresponding behavior experiments and neural experiments. The research of investor sentiment, as a great branch of behavioral finance, solved these two problems. Investor sentiment is easy to be measured by using some proxy variables, and also is supported by some behavior experiments and neural experiments. On the other hand, most of the capital asset pricing models initially assume that the long-run expected return is positive and ignore the situation of negative expected return which exists and has profound significance whether for actual investments or theory researches. Therefore, this paper investigates the effect of sentiment on the price and return of risky asset, and explores the idea that expected return is negative when the parameters change in different situations. In this paper, we established the sentiment asset pricing model and obtained the analytical expression of asset price. Furthermore, we investigated when the expected return of risky asset will be negative by analyzing the different changes of the parameters. The conclusions from the analysis of sentiment asset pricing model are obvious and intuitionistic. The analysis of sentiment asset pricing model provides evidence for that asset's expected price declines when the overall market sentiment is down, so the expected return of risky asset is negative. And the risky asset prices and its supply decrease monotonically, while risky asset prices increase monotonically with the number of its investors. These conclusions are consistent with stock price behavior in actual stock market. For the further research, some conclusions in this paper should be validated by using the actual market data. Many other problems, just like excessive return, bubbles and inside information, could be analyzed based on the sentiment asset pricing model.