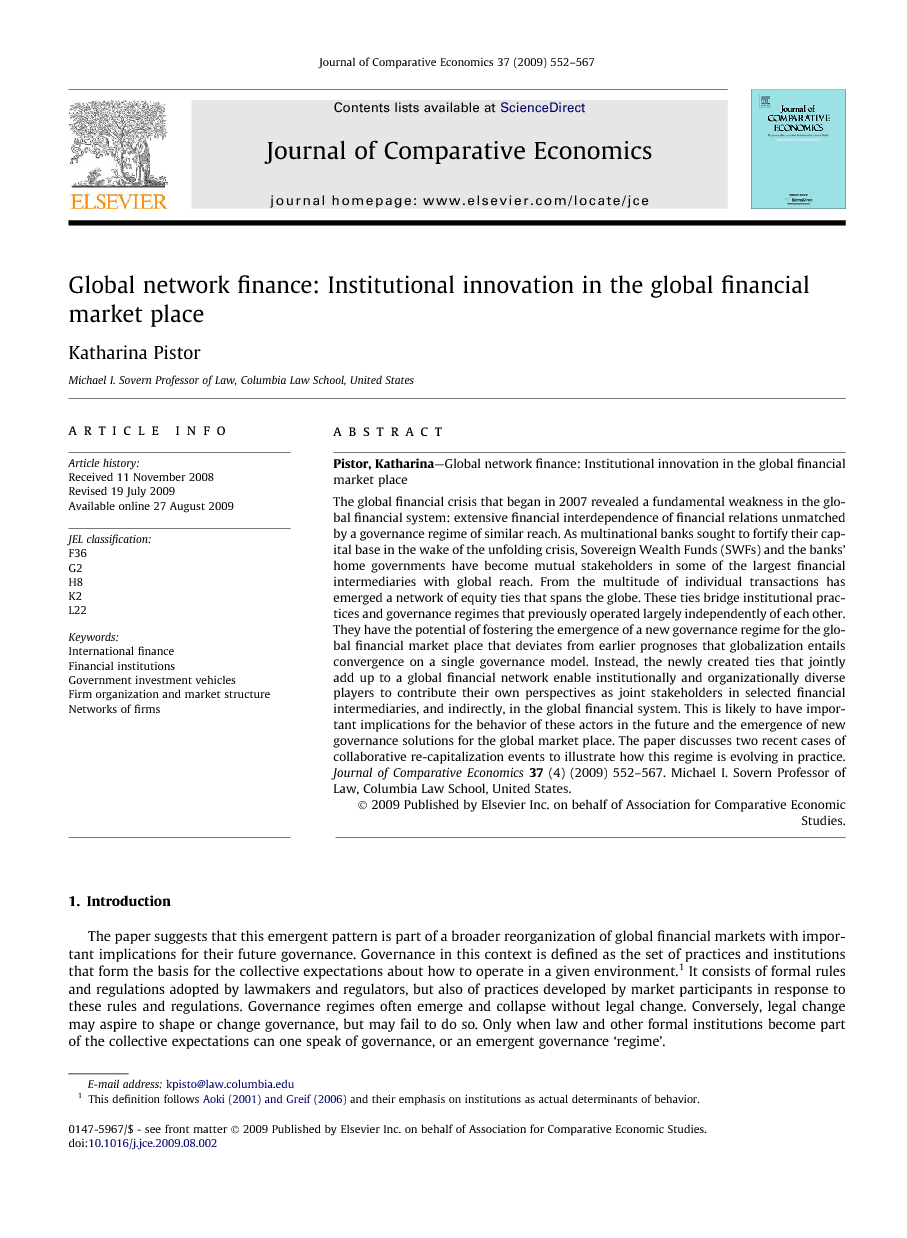 The global financial crisis that began in 2007 revealed a fundamental weakness in the global financial system: extensive financial interdependence of financial relations unmatched by a governance regime of similar reach. As multinational banks sought to fortify their capital base in the wake of the unfolding crisis, Sovereign Wealth Funds (SWFs) and the banks’ home governments have become mutual stakeholders in some of the largest financial intermediaries with global reach. From the multitude of individual transactions has emerged a network of equity ties that spans the globe. These ties bridge institutional practices and governance regimes that previously operated largely independently of each other. They have the potential of fostering the emergence of a new governance regime for the global financial market place that deviates from earlier prognoses that globalization entails convergence on a single governance model. Instead, the newly created ties that jointly add up to a global financial network enable institutionally and organizationally diverse players to contribute their own perspectives as joint stakeholders in selected financial intermediaries, and indirectly, in the global financial system. This is likely to have important implications for the behavior of these actors in the future and the emergence of new governance solutions for the global market place. The paper discusses two recent cases of collaborative re-capitalization events to illustrate how this regime is evolving in practice.