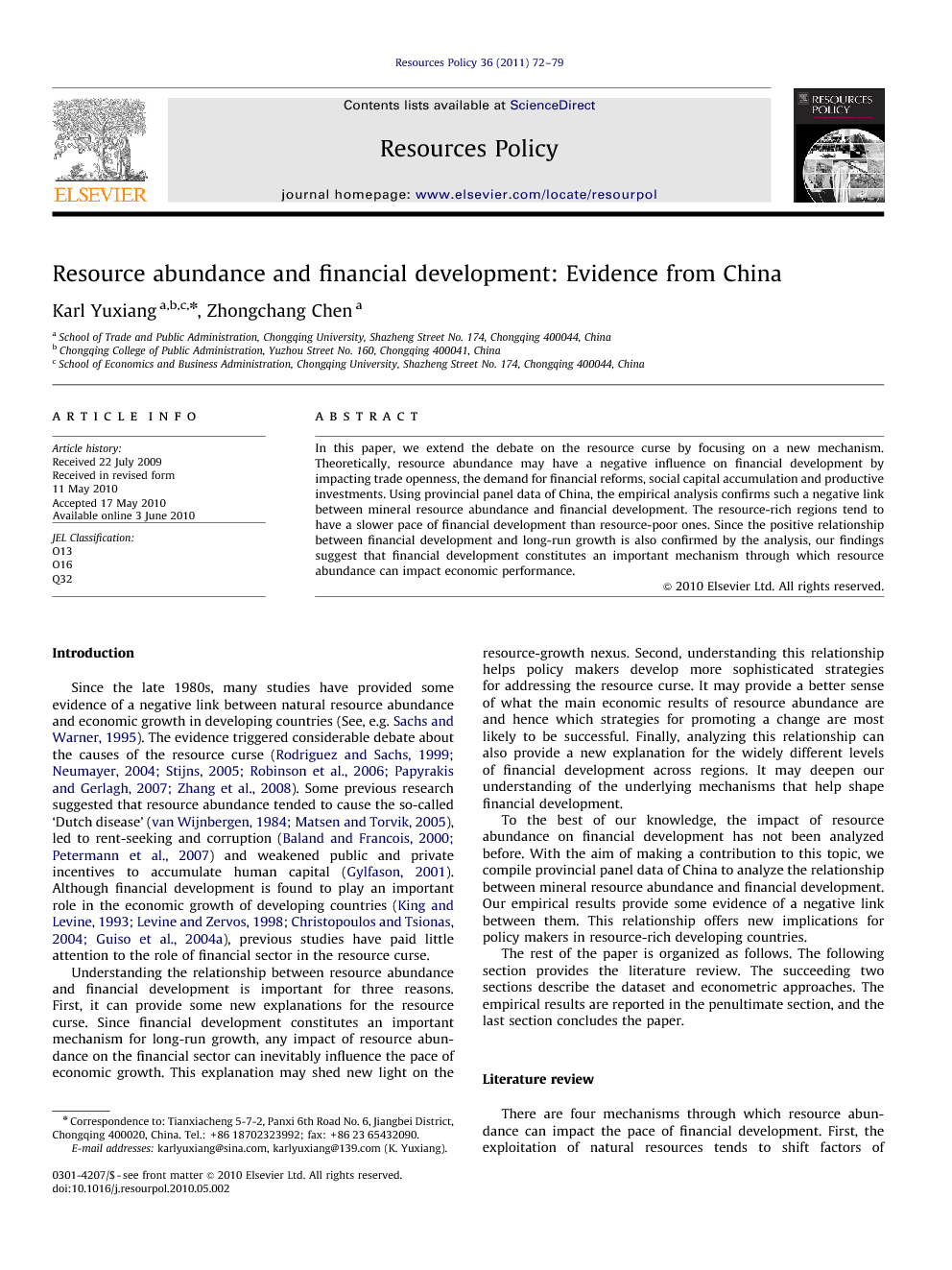 Since the late 1980s, many studies have provided some evidence of a negative link between natural resource abundance and economic growth in developing countries (See, e.g. Sachs and Warner, 1995). The evidence triggered considerable debate about the causes of the resource curse (Rodriguez and Sachs, 1999, Zhang et al., 2008, Papyrakis and Gerlagh, 2007, Robinson et al., 2006, Stijns, 2005 and Neumayer, 2004). Some previous research suggested that resource abundance tended to cause the so-called ‘Dutch disease’ (Matsen and Torvik, 2005 and van Wijnbergen, 1984), led to rent-seeking and corruption (Petermann et al., 2007 and Baland and Francois, 2000) and weakened public and private incentives to accumulate human capital (Gylfason, 2001). Although financial development is found to play an important role in the economic growth of developing countries (Christopoulos and Tsionas, 2004, Guiso et al., 2004a, Levine, 1999, Levine and Zervos, 1998 and King and Levine, 1993), previous studies have paid little attention to the role of financial sector in the resource curse.

Many previous studies used cross-section data to analyze the resource-growth relationship (see, e.g. Brunnschweiler and Bulte, 2008). Following this tradition, we provide some preliminary evidence in Fig. 1 and Fig. 2 where we plot financial development against resource dependence or abundance for a simple regression fit. Because the output value of mineral extraction is inevitably influenced by market conditions, choosing a single year may lead to spurious links and false conclusions (Brunnschweiler and Bulte, 2008). Thus, the vertical axis is the log of average resource dependence or abundance over the period 1999–2006; the horizontal axis is the average change in financial development between 1999 and 2006. As it is shown in these figures, the negative correlation can be easily recognized. The regions of abundant mineral resources tend to have relatively low pace of financial development.