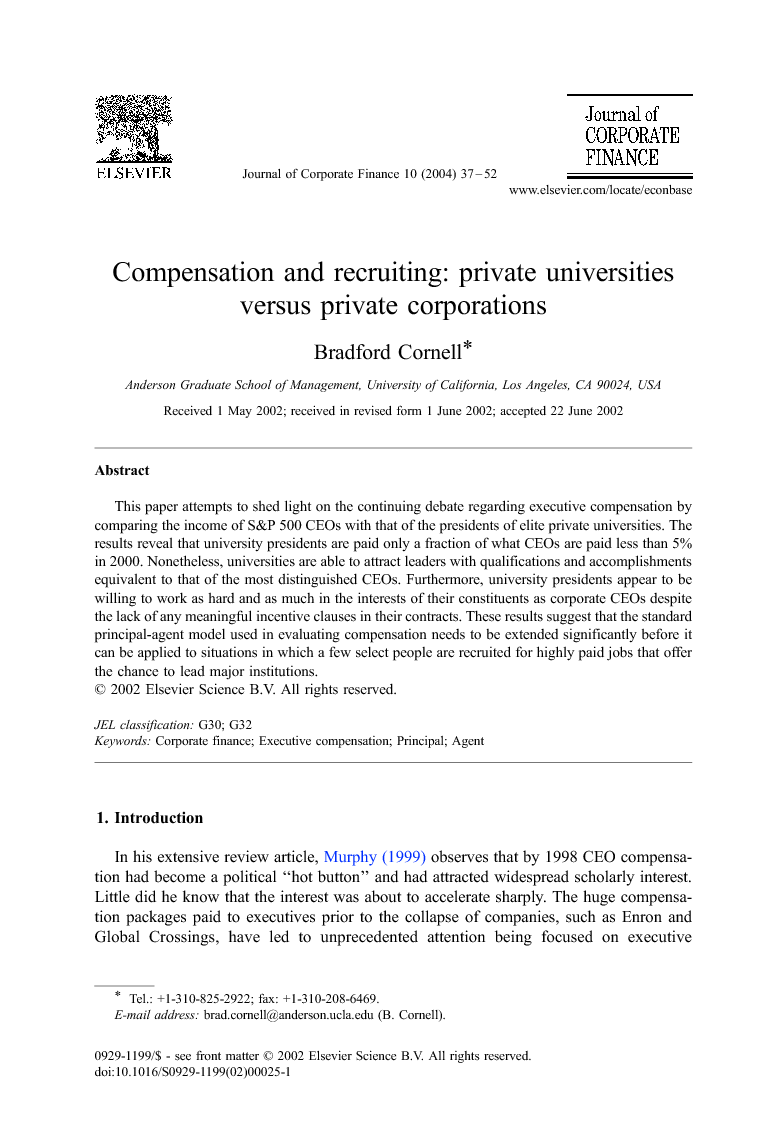 This paper attempts to shed light on the continuing debate regarding executive compensation by comparing the income of S&P 500 CEOs with that of the presidents of elite private universities. The results reveal that university presidents are paid only a fraction of what CEOs are paid less than 5% in 2000. Nonetheless, universities are able to attract leaders with qualifications and accomplishments equivalent to that of the most distinguished CEOs. Furthermore, university presidents appear to be willing to work as hard and as much in the interests of their constituents as corporate CEOs despite the lack of any meaningful incentive clauses in their contracts. These results suggest that the standard principal-agent model used in evaluating compensation needs to be extended significantly before it can be applied to situations in which a few select people are recruited for highly paid jobs that offer the chance to lead major institutions.