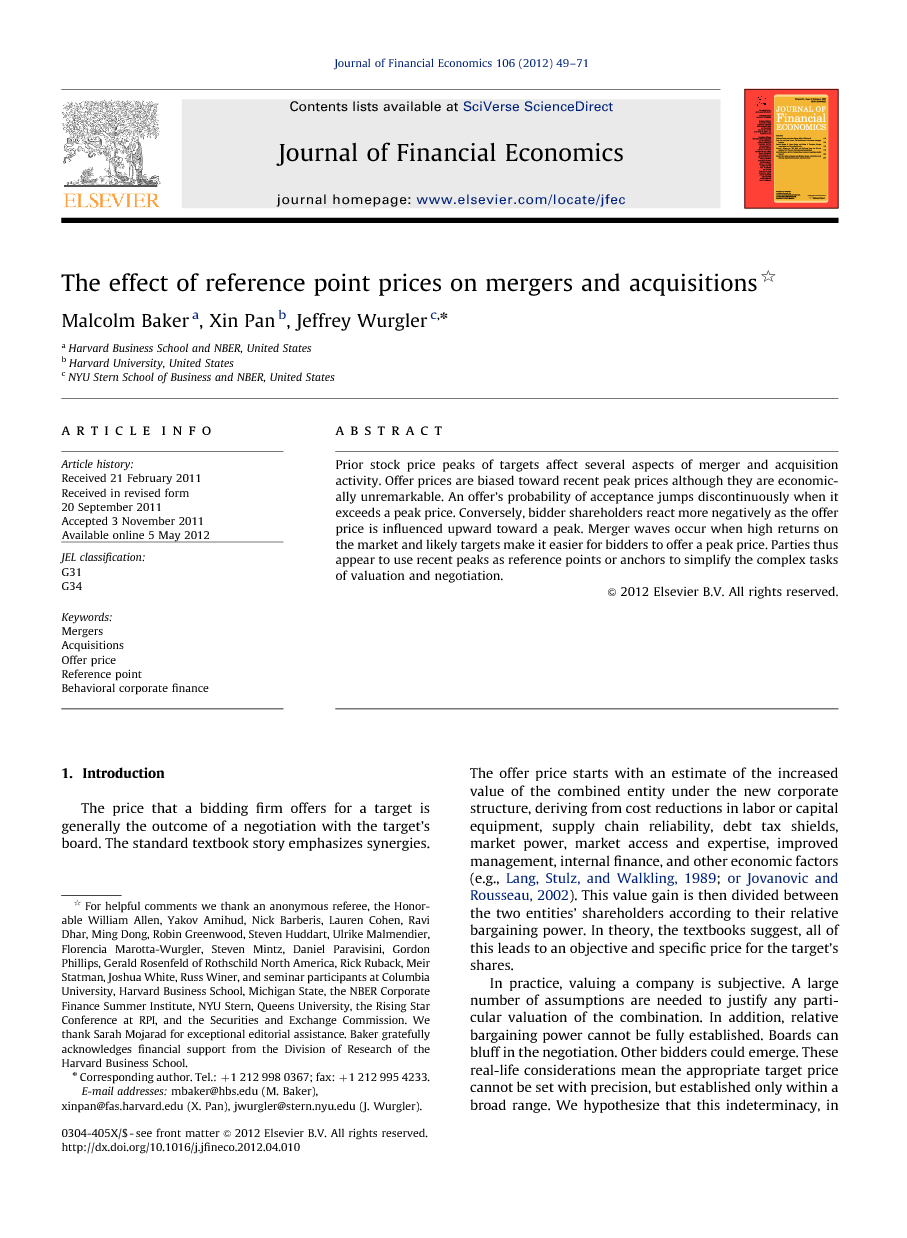 Prior stock price peaks of targets affect several aspects of merger and acquisition activity. Offer prices are biased toward recent peak prices although they are economically unremarkable. An offer's probability of acceptance jumps discontinuously when it exceeds a peak price. Conversely, bidder shareholders react more negatively as the offer price is influenced upward toward a peak. Merger waves occur when high returns on the market and likely targets make it easier for bidders to offer a peak price. Parties thus appear to use recent peaks as reference points or anchors to simplify the complex tasks of valuation and negotiation.

We study the effect of the target's past peak prices on various aspects of merger and acquisition activity. We find that recent peak prices help to explain the bidder's offer price, bidder announcement effects, deal success, and, more speculatively, merger waves. From an allocational perspective, the effect on deal success is particularly interesting, in that it constitutes a real effect through the distribution of capital across investment opportunities. The results of various falsification tests and robustness tests suggest that these effects are not, as a group, easily reconciled with standard theories of mergers. Rather, we believe that the most natural explanation is that reference point prices play a role in merger related decisions, similar to their previously documented roles in the contexts of real estate pricing, institutional and individual stock trading, IPO underpricing, option exercises, and other settings.