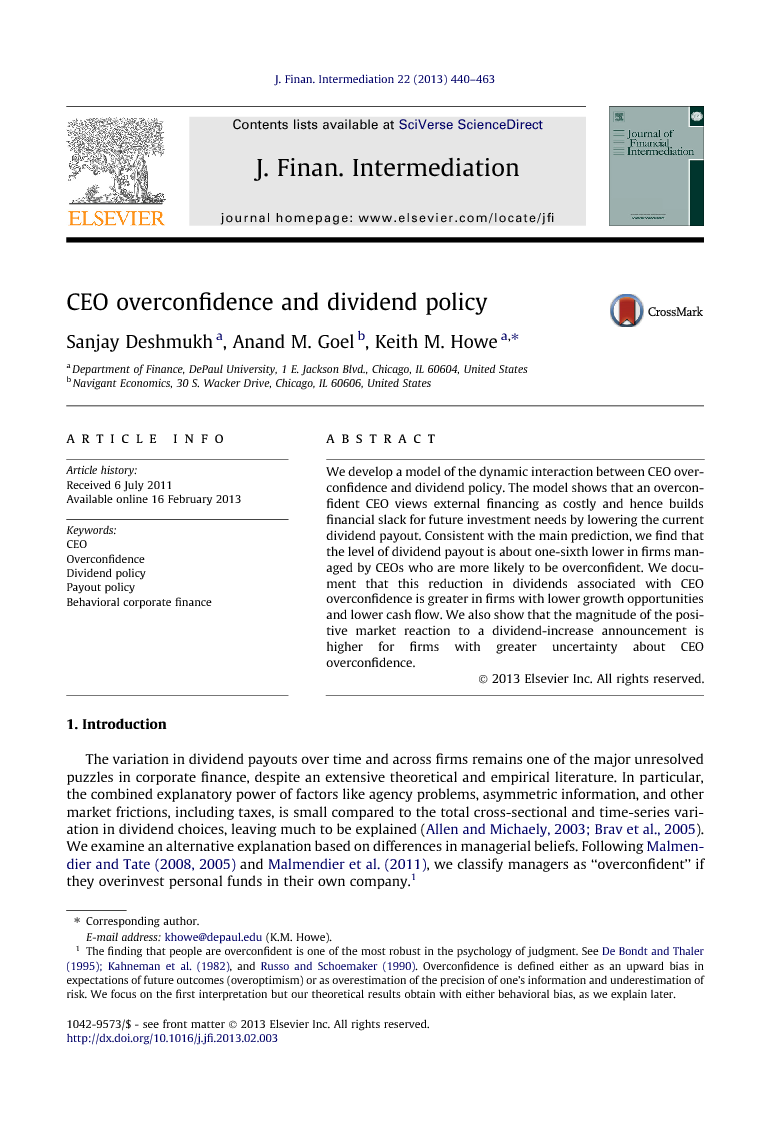 We develop a model of the dynamic interaction between CEO overconfidence and dividend policy. The model shows that an overconfident CEO views external financing as costly and hence builds financial slack for future investment needs by lowering the current dividend payout. Consistent with the main prediction, we find that the level of dividend payout is about one-sixth lower in firms managed by CEOs who are more likely to be overconfident. We document that this reduction in dividends associated with CEO overconfidence is greater in firms with lower growth opportunities and lower cash flow. We also show that the magnitude of the positive market reaction to a dividend-increase announcement is higher for firms with greater uncertainty about CEO overconfidence.