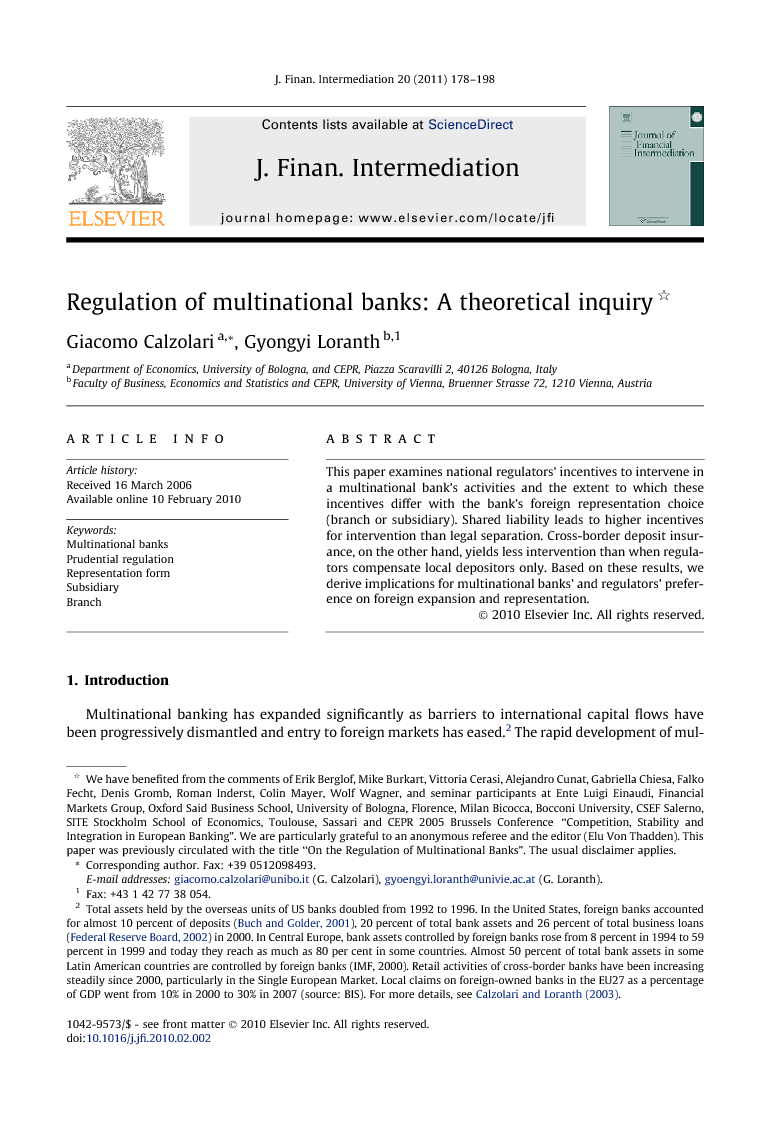 This paper examines national regulators’ incentives to intervene in a multinational bank’s activities and the extent to which these incentives differ with the bank’s foreign representation choice (branch or subsidiary). Shared liability leads to higher incentives for intervention than legal separation. Cross-border deposit insurance, on the other hand, yields less intervention than when regulators compensate local depositors only. Based on these results, we derive implications for multinational banks’ and regulators’ preference on foreign expansion and representation.