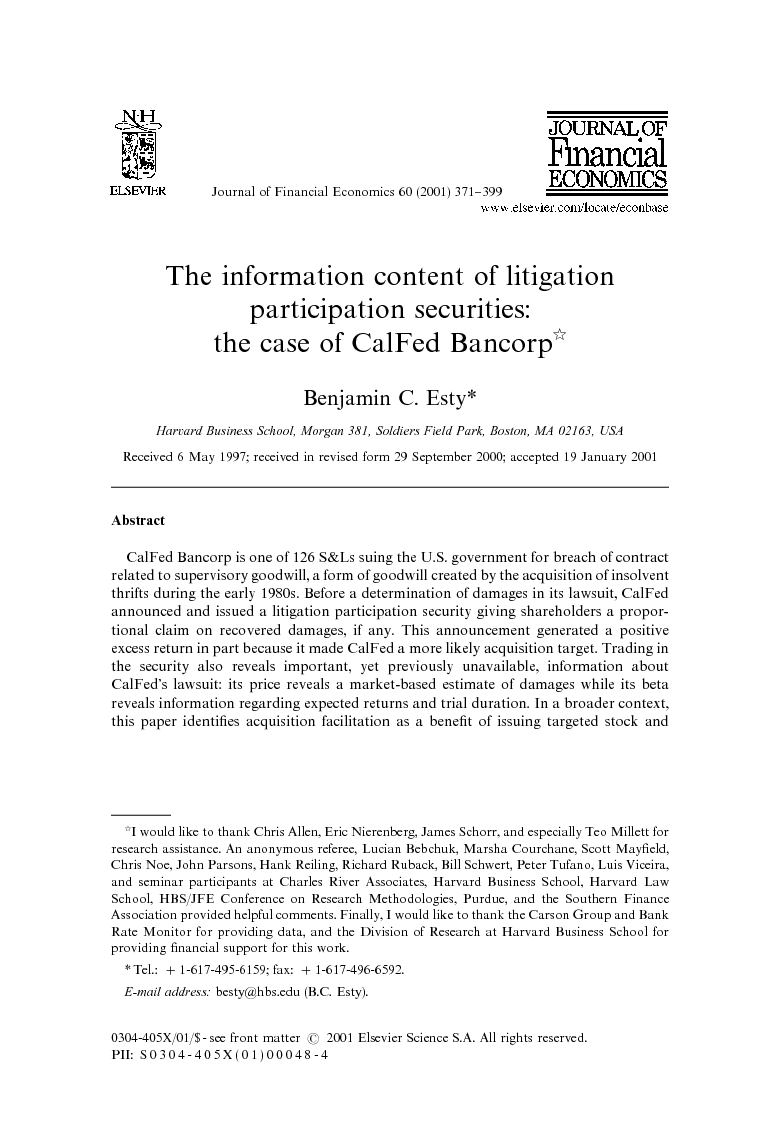 CalFed Bancorp is one of 126 S&Ls suing the U.S. government for breach of contract related to supervisory goodwill, a form of goodwill created by the acquisition of insolvent thrifts during the early 1980s. Before a determination of damages in its lawsuit, CalFed announced and issued a litigation participation security giving shareholders a proportional claim on recovered damages, if any. This announcement generated a positive excess return in part because it made CalFed a more likely acquisition target. Trading in the security also reveals important, yet previously unavailable, information about CalFed's lawsuit: its price reveals a market-based estimate of damages while its beta reveals information regarding expected returns and trial duration. In a broader context, this paper identifies acquisition facilitation as a benefit of issuing targeted stock and highlights a series of lawsuits that will set important precedents regarding the determination of liability and the estimation of damages in breach of contract cases.