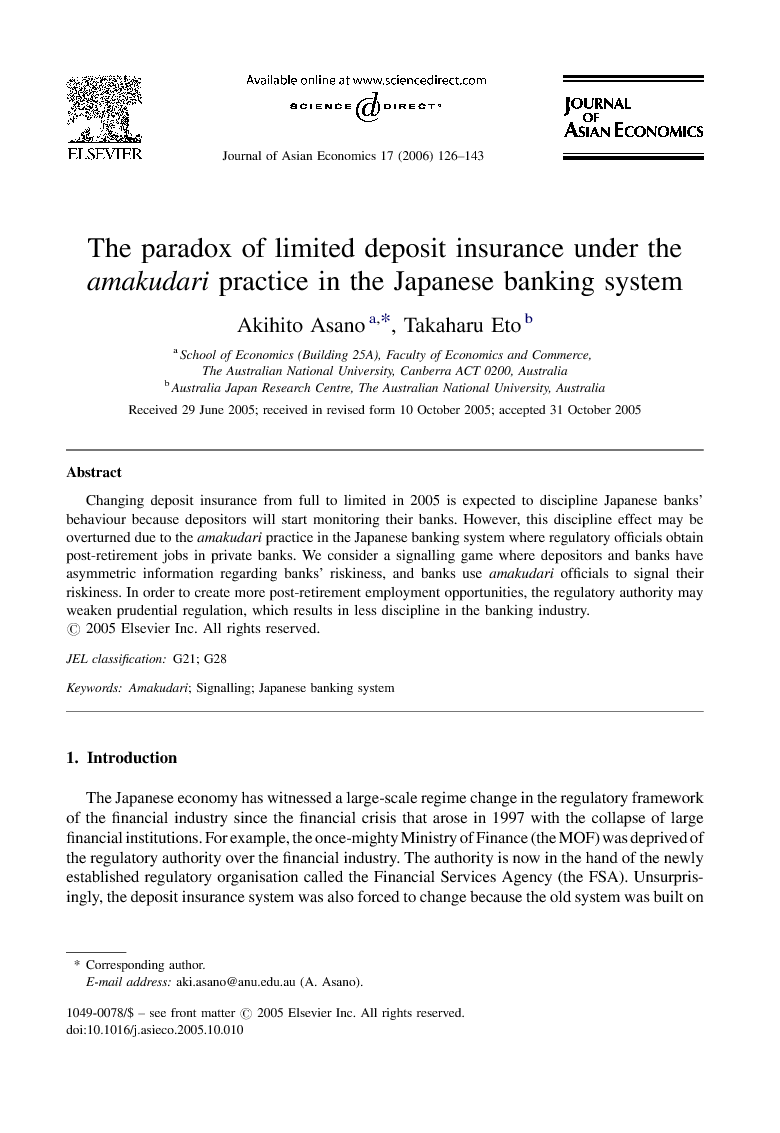 Changing deposit insurance from full to limited in 2005 is expected to discipline Japanese banks’ behaviour because depositors will start monitoring their banks. However, this discipline effect may be overturned due to the amakudari practice in the Japanese banking system where regulatory officials obtain post-retirement jobs in private banks. We consider a signalling game where depositors and banks have asymmetric information regarding banks’ riskiness, and banks use amakudari officials to signal their riskiness. In order to create more post-retirement employment opportunities, the regulatory authority may weaken prudential regulation, which results in less discipline in the banking industry.