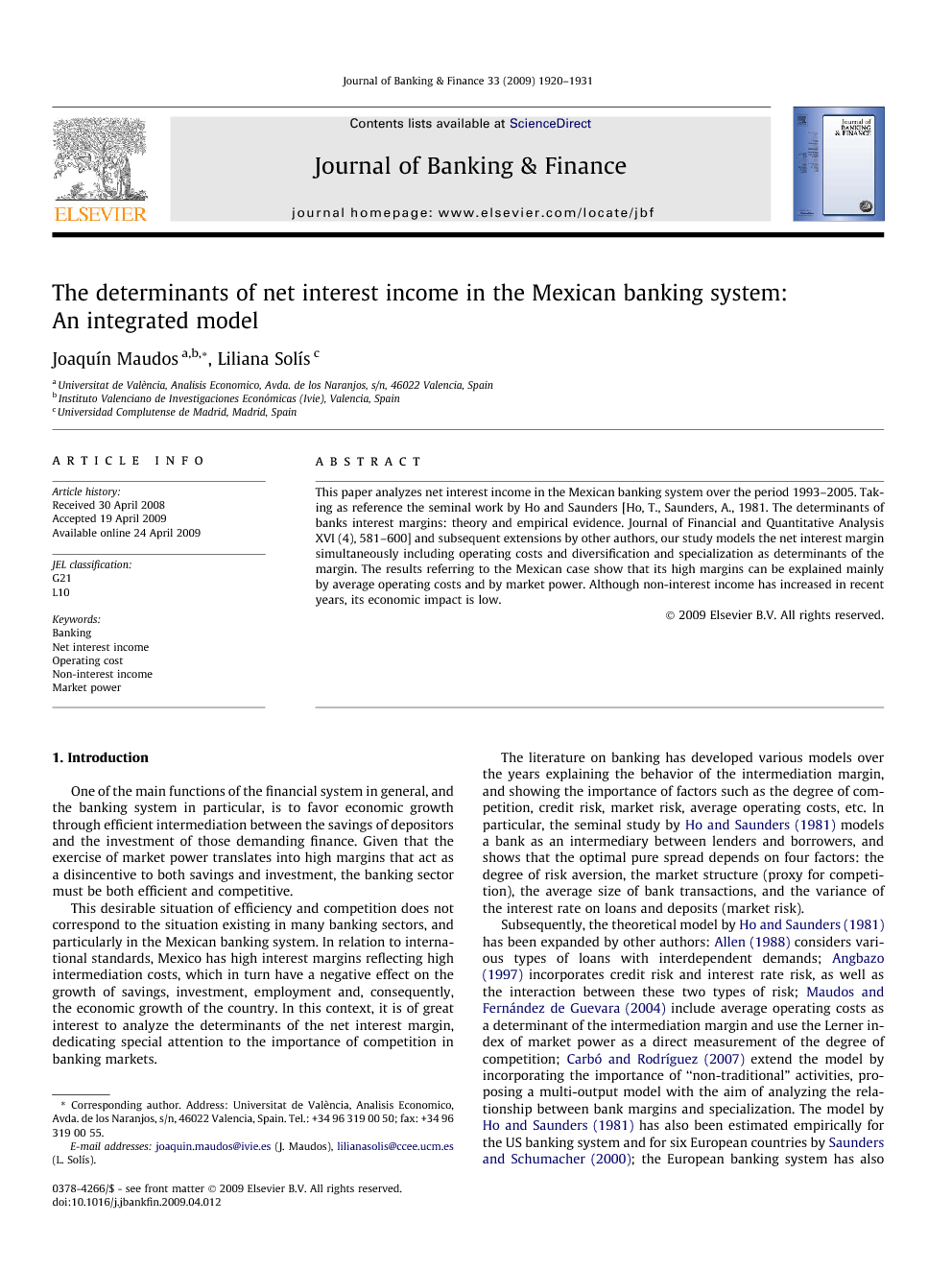 This paper analyzes net interest income in the Mexican banking system over the period 1993–2005. Taking as reference the seminal work by Ho and Saunders [Ho, T., Saunders, A., 1981. The determinants of banks interest margins: theory and empirical evidence. Journal of Financial and Quantitative Analysis XVI (4), 581–600] and subsequent extensions by other authors, our study models the net interest margin simultaneously including operating costs and diversification and specialization as determinants of the margin. The results referring to the Mexican case show that its high margins can be explained mainly by average operating costs and by market power. Although non-interest income has increased in recent years, its economic impact is low.