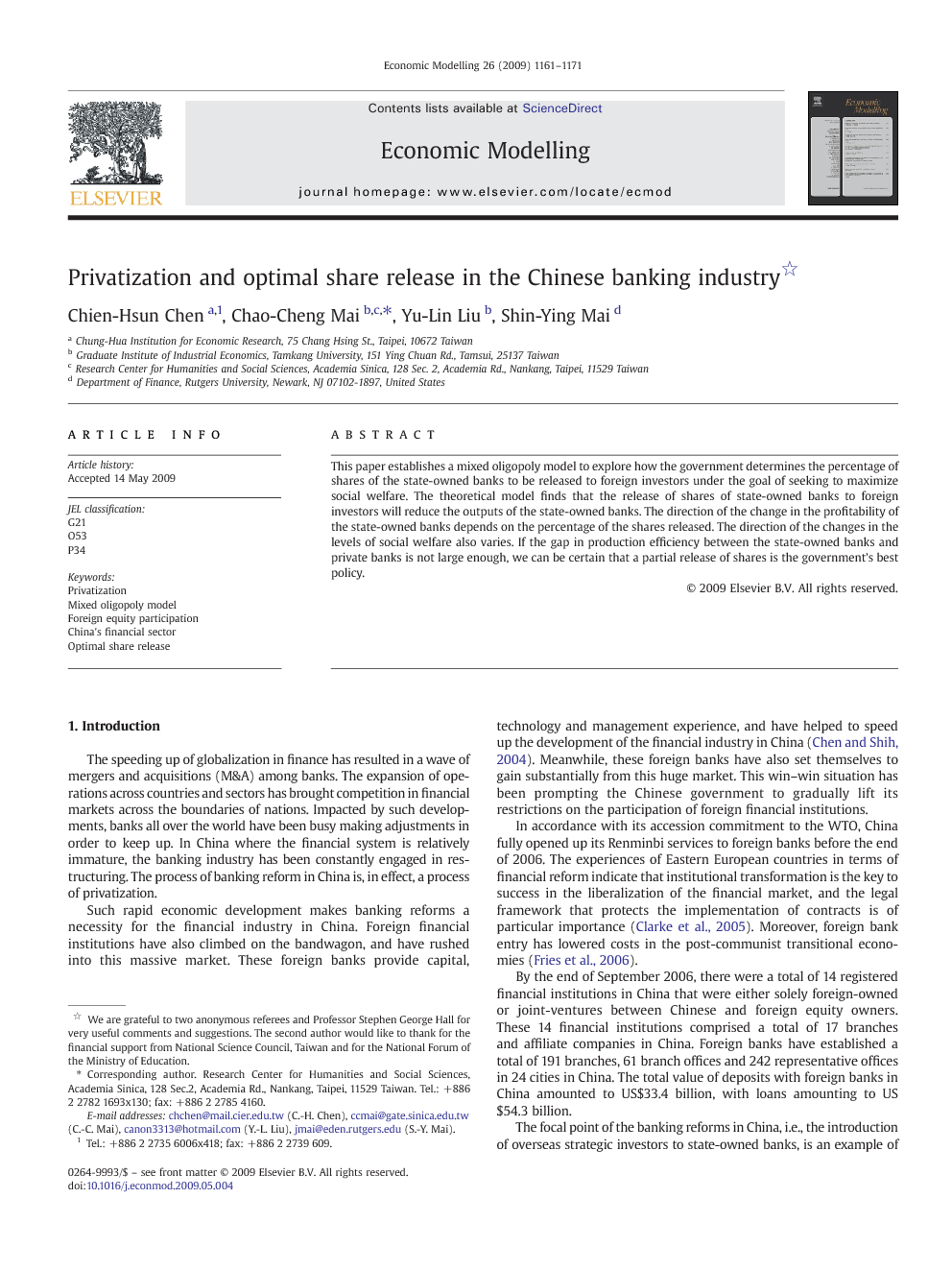 In recent years, as foreign investors have been marching into the banking industry in China; equity investments have become an important means for foreign investors to enter the financial market in China, in which state-owned banks are the heavy-weight players. Therefore, equity investments in these state-owned banks attract attention from all parties. The theoretical model in this study finds that the release of shares of state-owned banks to foreign investors will reduce the respective outputs of the state-owned banks. The outputs of the domestic and foreign private banks will increase, but their overall market output will decline. The direction of the changes in profitability of the state-owned banks depends on the percentage of the shares released. If the gap in production efficiency between the state-owned banks and private banks is not large enough, the profits of both the domestic and foreign private banks will increase. The direction of change in the levels of social welfare also varies. If the gap in production efficiency between the state-owned banks and the private banks is not large enough, we can be certain that a partial release of shares is the government's best policy. Therefore, when the government decides to allow foreign capital into the state-owned banks, it should also work to improve the health of these state-owned banks by tackling issues such as their limited financial innovation capabilities and low capital adequacy ratios. The adjustments in the shareholding structures should be a means to bettering the production efficiency of the state-owned banks so that allowing foreign banks to invest can enhance the level of social welfare in China. When Chinese banks open up their equity to international strategic investors, they should also develop domestic strategic investors so that there are three major groups of investors, i.e., the government, overseas strategic investors and domestic private investors. During the process of introducing foreign capital to the majority of state-owned or state-controlled banks in China, both the sale of government shares and the pricing of cash injection shares involve the loss of state assets. Therefore, reasonable pricing is essential. It is suggested that an open bid should be organized in order to confirm the list of foreign investors and the pricing. The banking supervisory authorities should adopt appropriate policies to encourage foreign investors to invest in commercial banks in the central and western regions of China, in order to enhance the overall competitiveness of the banking industry in China.