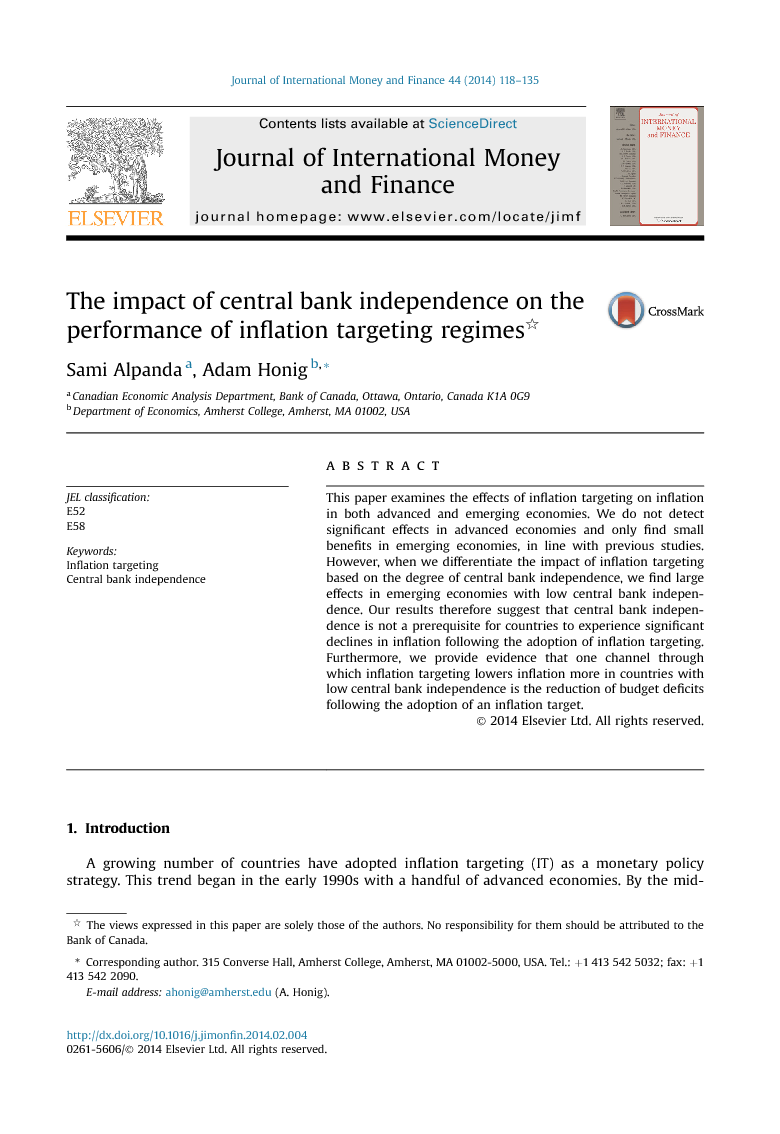 Our first goal in this paper is to expand the analysis of the benefits of IT. Recent studies tend to find more evidence in emerging than in advanced economies that IT lowers inflation, although the results are not conclusive. We add to the literature by analyzing the role of CBI in amplifying the effects of IT in emerging economies. In theory, the effect of CBI is ambiguous. Low CBI may strengthen the impact of IT as a result of the improvement effect; i.e. that IT may bring about greater fiscal or institutional changes in low CBI countries, which substantially improve macroeconomic conditions. However, if CBI is itself a precondition for successful IT or promotes other preconditions, then low CBI should dampen the beneficial impact of IT. We find larger benefits of IT in low CBI countries but no significant effects in high CBI countries, suggesting that the improvement effect is more important. Our results also provide an explanation for the somewhat muted impact of IT found in previous studies that do not differentiate the effect of IT based on CBI. Second, we attempt to identify the channels through which IT lowers inflation more in low CBI countries. We find evidence that IT is effective by promoting fiscal discipline and strengthening CBI itself, areas where there is greater room for improvement in low CBI countries.