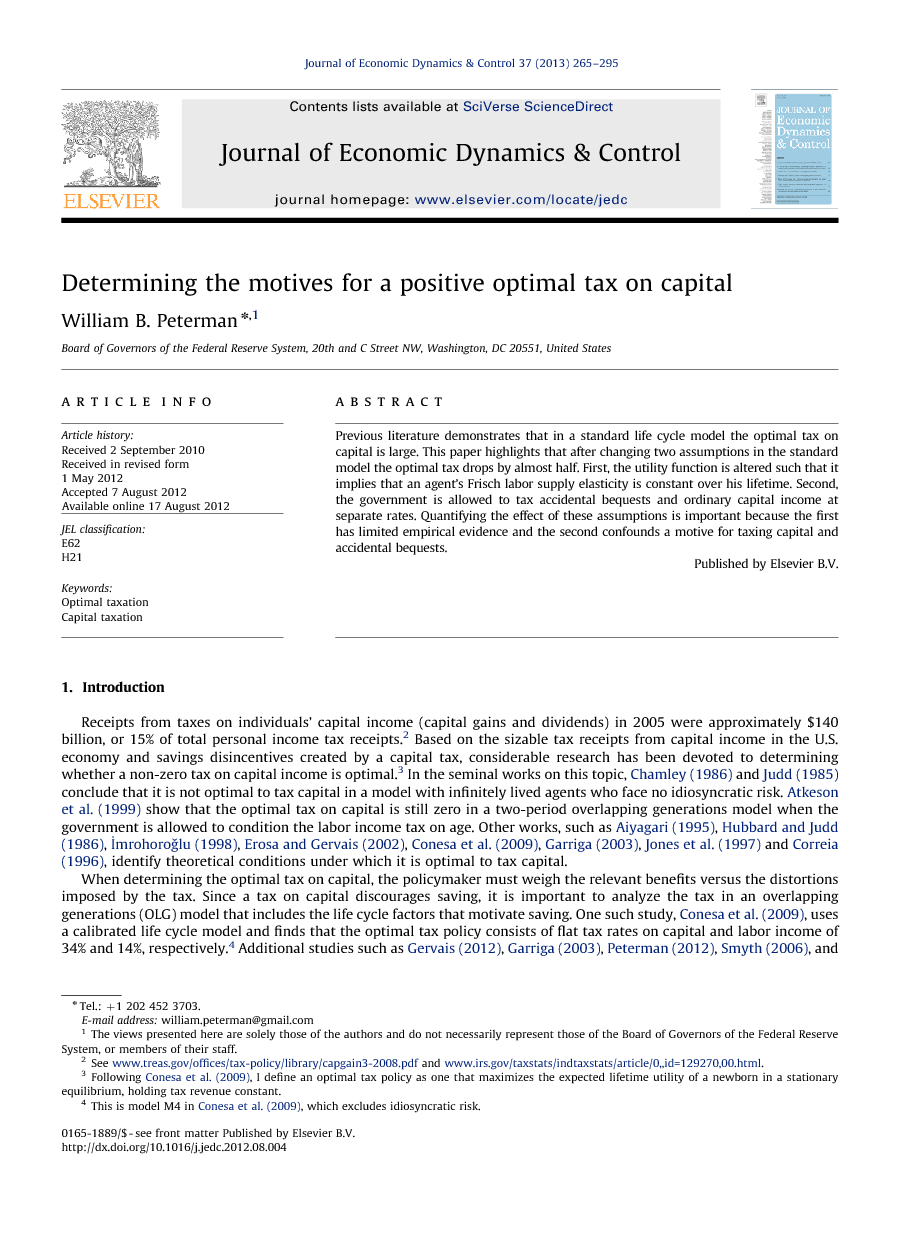 Previous literature demonstrates that in a standard life cycle model the optimal tax on capital is large. This paper highlights that after changing two assumptions in the standard model the optimal tax drops by almost half. First, the utility function is altered such that it implies that an agent's Frisch labor supply elasticity is constant over his lifetime. Second, the government is allowed to tax accidental bequests and ordinary capital income at separate rates. Quantifying the effect of these assumptions is important because the first has limited empirical evidence and the second confounds a motive for taxing capital and accidental bequests.