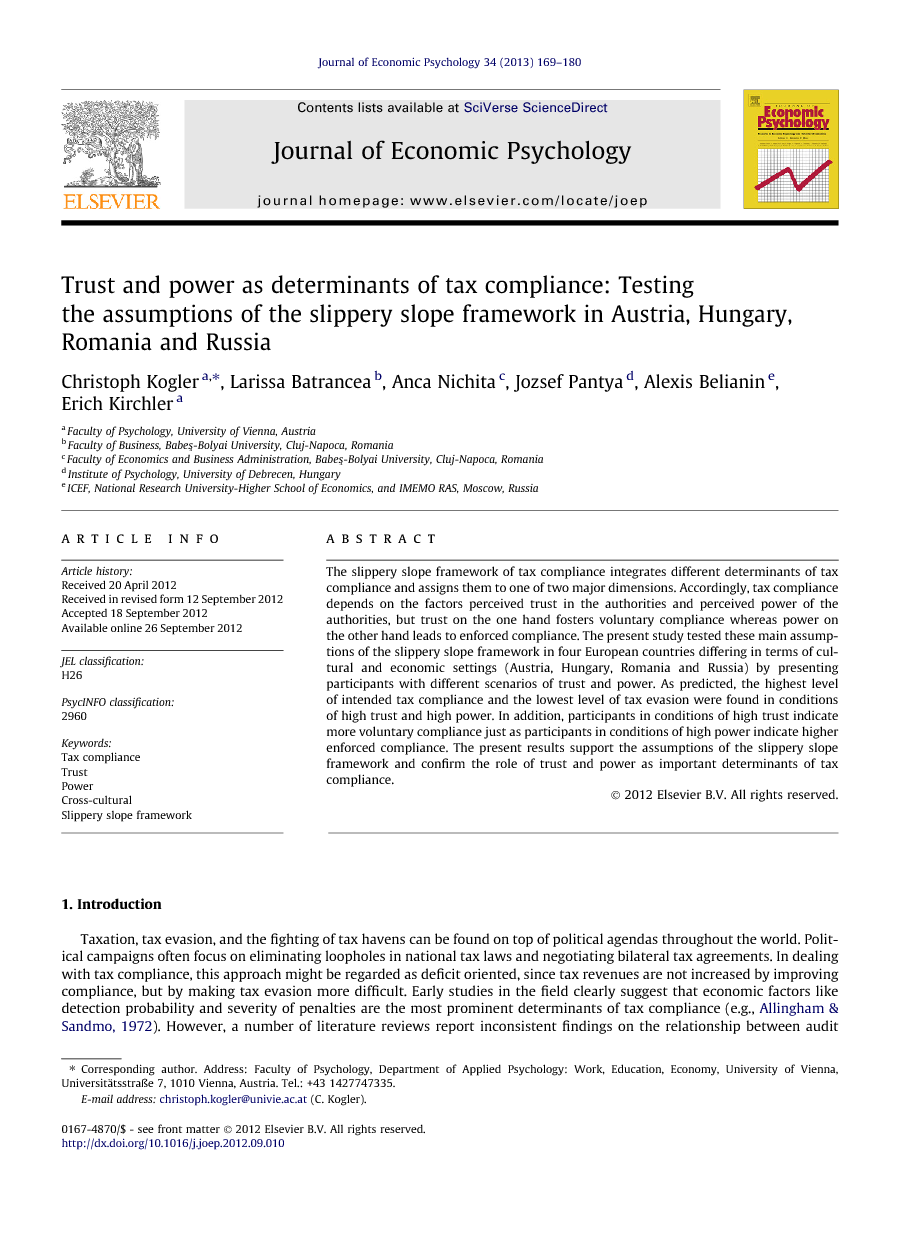 The slippery slope framework of tax compliance integrates different determinants of tax compliance and assigns them to one of two major dimensions. Accordingly, tax compliance depends on the factors perceived trust in the authorities and perceived power of the authorities, but trust on the one hand fosters voluntary compliance whereas power on the other hand leads to enforced compliance. The present study tested these main assumptions of the slippery slope framework in four European countries differing in terms of cultural and economic settings (Austria, Hungary, Romania and Russia) by presenting participants with different scenarios of trust and power. As predicted, the highest level of intended tax compliance and the lowest level of tax evasion were found in conditions of high trust and high power. In addition, participants in conditions of high trust indicate more voluntary compliance just as participants in conditions of high power indicate higher enforced compliance. The present results support the assumptions of the slippery slope framework and confirm the role of trust and power as important determinants of tax compliance.