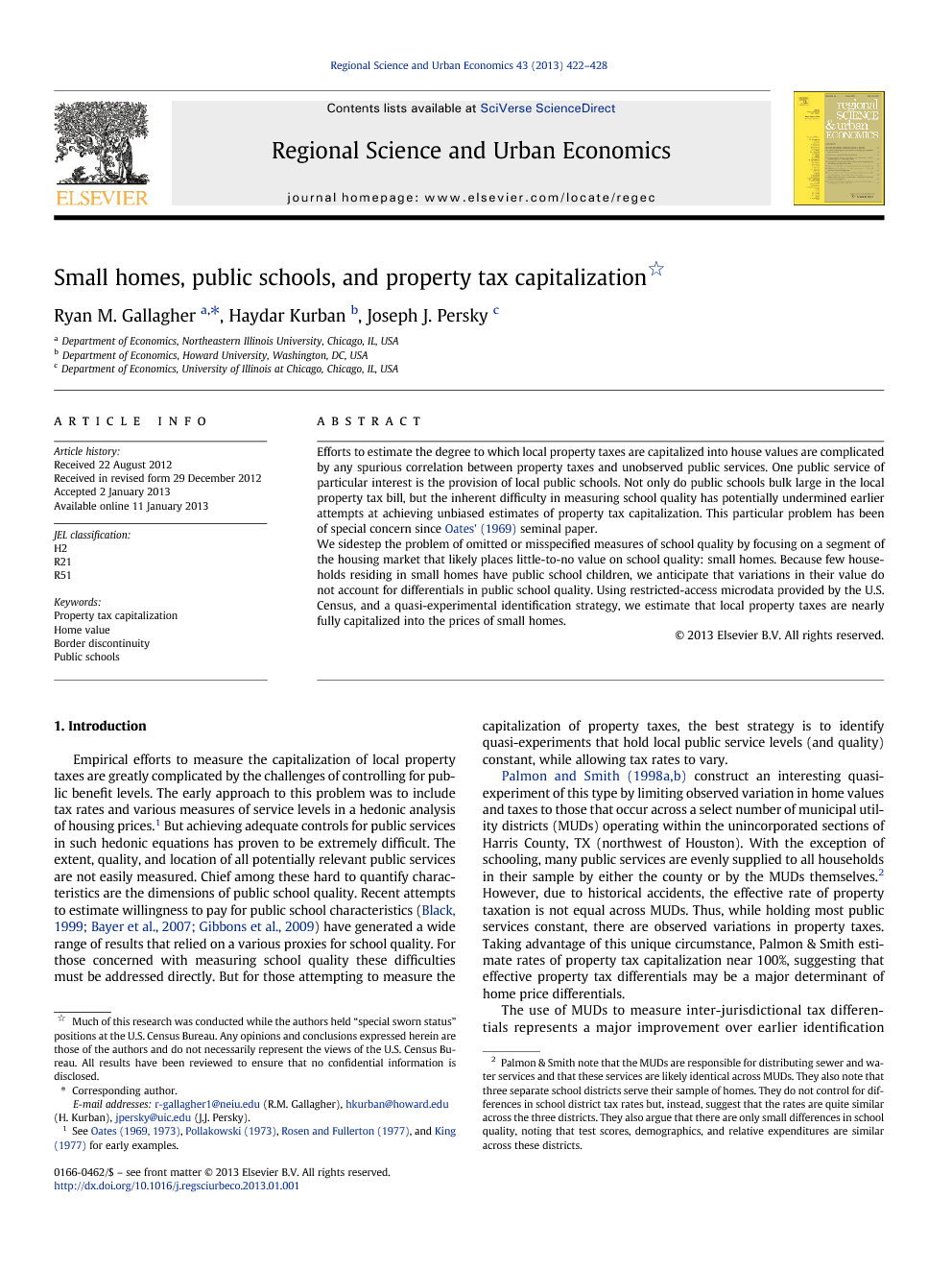 Efforts to estimate the degree to which local property taxes are capitalized into house values are complicated by any spurious correlation between property taxes and unobserved public services. One public service of particular interest is the provision of local public schools. Not only do public schools bulk large in the local property tax bill, but the inherent difficulty in measuring school quality has potentially undermined earlier attempts at achieving unbiased estimates of property tax capitalization. This particular problem has been of special concern since Oates' (1969) seminal paper. We sidestep the problem of omitted or misspecified measures of school quality by focusing on a segment of the housing market that likely places little-to-no value on school quality: small homes. Because few households residing in small homes have public school children, we anticipate that variations in their value do not account for differentials in public school quality. Using restricted-access microdata provided by the U.S. Census, and a quasi-experimental identification strategy, we estimate that local property taxes are nearly fully capitalized into the prices of small homes.