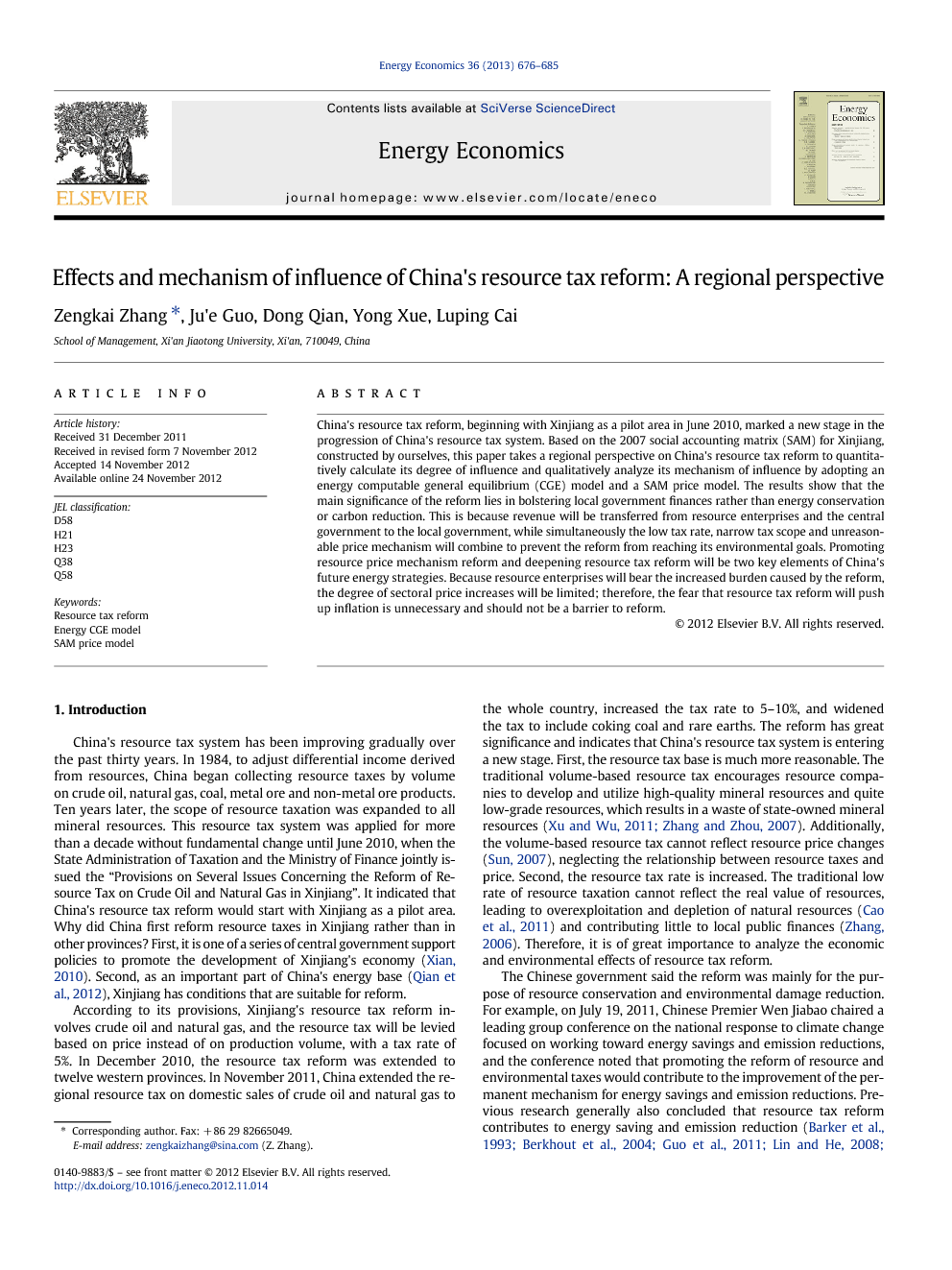 China's resource tax reform, beginning with Xinjiang as a pilot area in June 2010, marked a new stage in the progression of China's resource tax system. Based on the 2007 social accounting matrix (SAM) for Xinjiang, constructed by ourselves, this paper takes a regional perspective on China's resource tax reform to quantitatively calculate its degree of influence and qualitatively analyze its mechanism of influence by adopting an energy computable general equilibrium (CGE) model and a SAM price model. The results show that the main significance of the reform lies in bolstering local government finances rather than energy conservation or carbon reduction. This is because revenue will be transferred from resource enterprises and the central government to the local government, while simultaneously the low tax rate, narrow tax scope and unreasonable price mechanism will combine to prevent the reform from reaching its environmental goals. Promoting resource price mechanism reform and deepening resource tax reform will be two key elements of China's future energy strategies. Because resource enterprises will bear the increased burden caused by the reform, the degree of sectoral price increases will be limited; therefore, the fear that resource tax reform will push up inflation is unnecessary and should not be a barrier to reform.