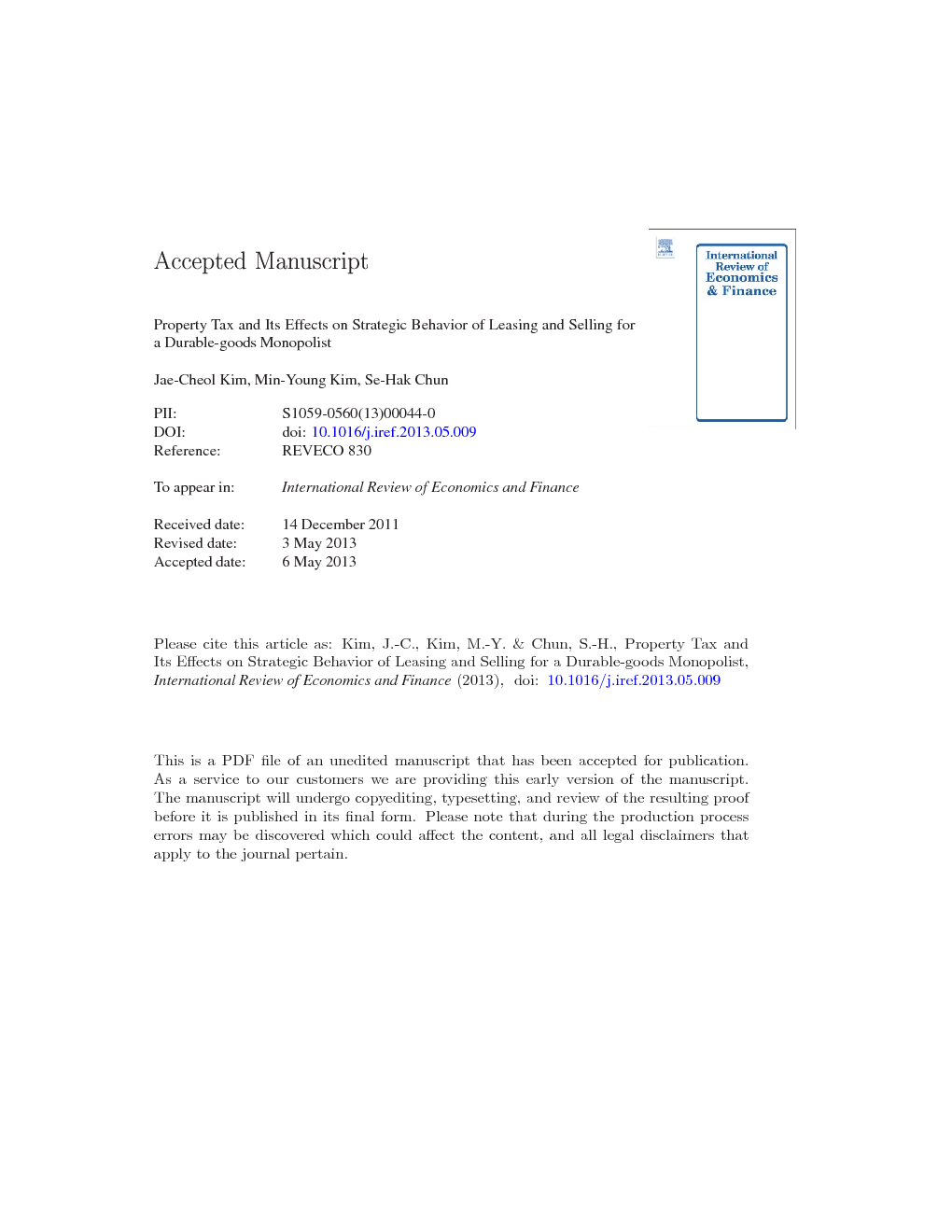 This article analyzes how a property tax affects a lease-sell strategy of a durable-goods monopolist, and discusses its implications on social welfare. This paper presents some interesting results: (i) Contrary to the traditional view, social welfare can be enhanced by a tax when the time discount factor is low. (ii) Property tax causes the monopolist to spread production over two periods and increases the total stock of products, which enhances social welfare. (iii) The Coase conjecture fails and a monopolist produces only in period 1 and does not produce in period 2 when marginal cost is high. (iv) A mixed strategy of leasing and selling can be a unique solution, and a property tax encourages the monopolist to choose to sell even when the marginal cost is zero.

This paper has examined how a property tax affects a durable-goods monopolist's production and lease–sale choice using a two-period model. As a benchmark, we analyzed the no-tax case in which the marginal cost can actually be interpreted as an excise production tax. In the no-tax case, it is shown that any combination of leasing and selling, including pure selling, can be optimal when the marginal cost is sufficiently high. Similar to this, in the property-tax case, concurrent leasing and selling occur. However, there are distinctive differences in the results of the two cases. A property tax encourages the monopolist to choose selling even when the marginal cost is zero. In addition, a property tax causes the monopolist to spread production over both periods. In other words, production occurs even in period 2. More importantly, the total stock of goods in period 2 increases, and this leads to a possibility of an increase in social welfare. The contributions of our model can be summarized as follows. First, we employ a property tax for the lease–sale decision in a durable-goods monopoly, which has rarely been tackled by previous studies. Second, we show that social welfare can be enhanced by a tax even without the assumption of negative externality or an increasing cost function. Although our model has some limitations, for example, the simple time span, or the assumption of no deterioration of goods, we expect that it can be used as an important benchmark for related studies.