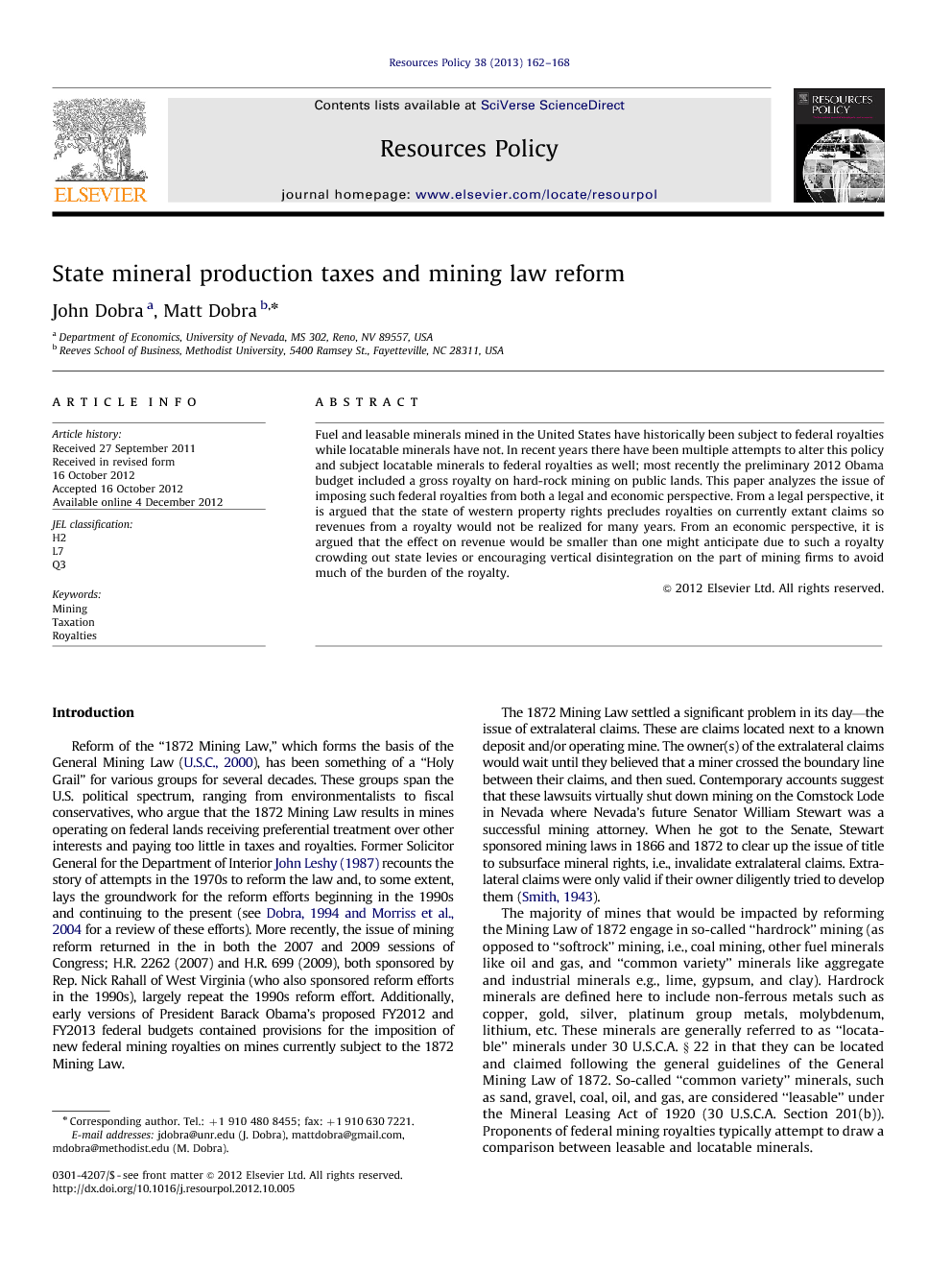 Fuel and leasable minerals mined in the United States have historically been subject to federal royalties while locatable minerals have not. In recent years there have been multiple attempts to alter this policy and subject locatable minerals to federal royalties as well; most recently the preliminary 2012 Obama budget included a gross royalty on hard-rock mining on public lands. This paper analyzes the issue of imposing such federal royalties from both a legal and economic perspective. From a legal perspective, it is argued that the state of western property rights precludes royalties on currently extant claims so revenues from a royalty would not be realized for many years. From an economic perspective, it is argued that the effect on revenue would be smaller than one might anticipate due to such a royalty crowding out state levies or encouraging vertical disintegration on the part of mining firms to avoid much of the burden of the royalty.