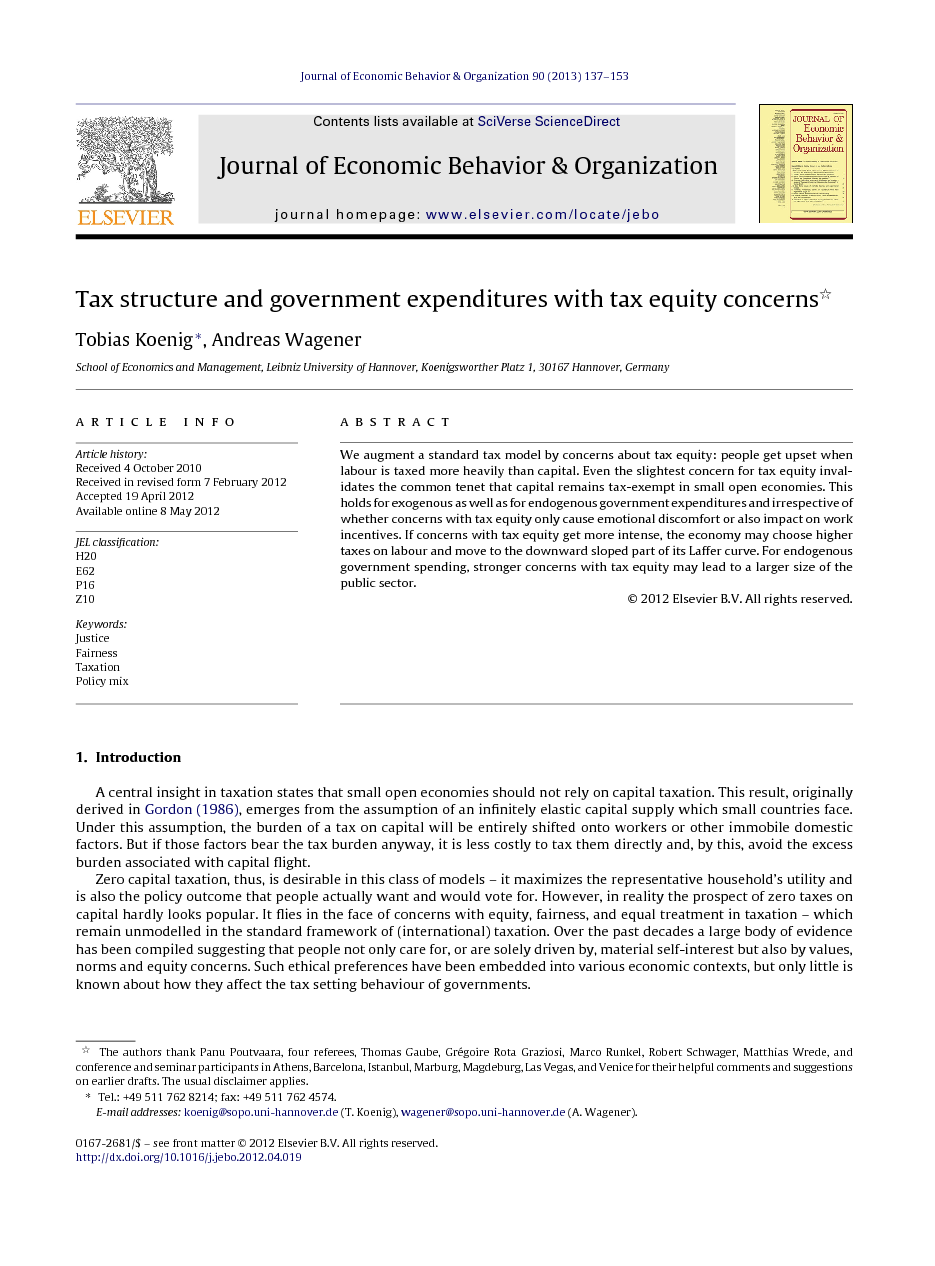 In this paper, we augmented a standard model for factor income taxation in small open economies by concerns about tax equity. In violation of standard neoclassical assumptions, we endowed individuals with direct preferences over tax rates, allowing equity considerations to both shape work incentives and to just affect well-being. Tax policies have to balance three policy goals: (i) maintaining a solid capital base in spite of international mobility, (ii) generating sufficiently high tax revenue, and (iii) avoiding large imbalances between capital and labour taxation. The third requirement upsets the standard recommendation of exempting capital and its income from taxation. Moreover, comparative statics reveal some unexpected non-monotonicities: with weak concerns about tax equity the tax on capital will be higher and the tax on labour and (endogenous) government expenditures will be lower, relative to an economy that is unconcerned with tax equity. However, with more intense concerns for tax equity these intuitive patterns turn out to be unstable: taxes on capital income might decrease, taxes in labour income increase, and government expenditures go up. The potential implications of concerns for tax equity on the structure of factor income taxation can be substantial. Moreover, they vary considerably with the strength of equity motives. Yet, while from the arguments provided in the introduction (justice principles, fairness considerations, relative deprivation, envy, etc.) the prevalence of such equity concerns appears highly plausible, we can at present not provide any measurable evidence for their intensity. We hope that by demonstrating the potential policy relevance of equity concerns, empirical work on the subject might be encouraged.