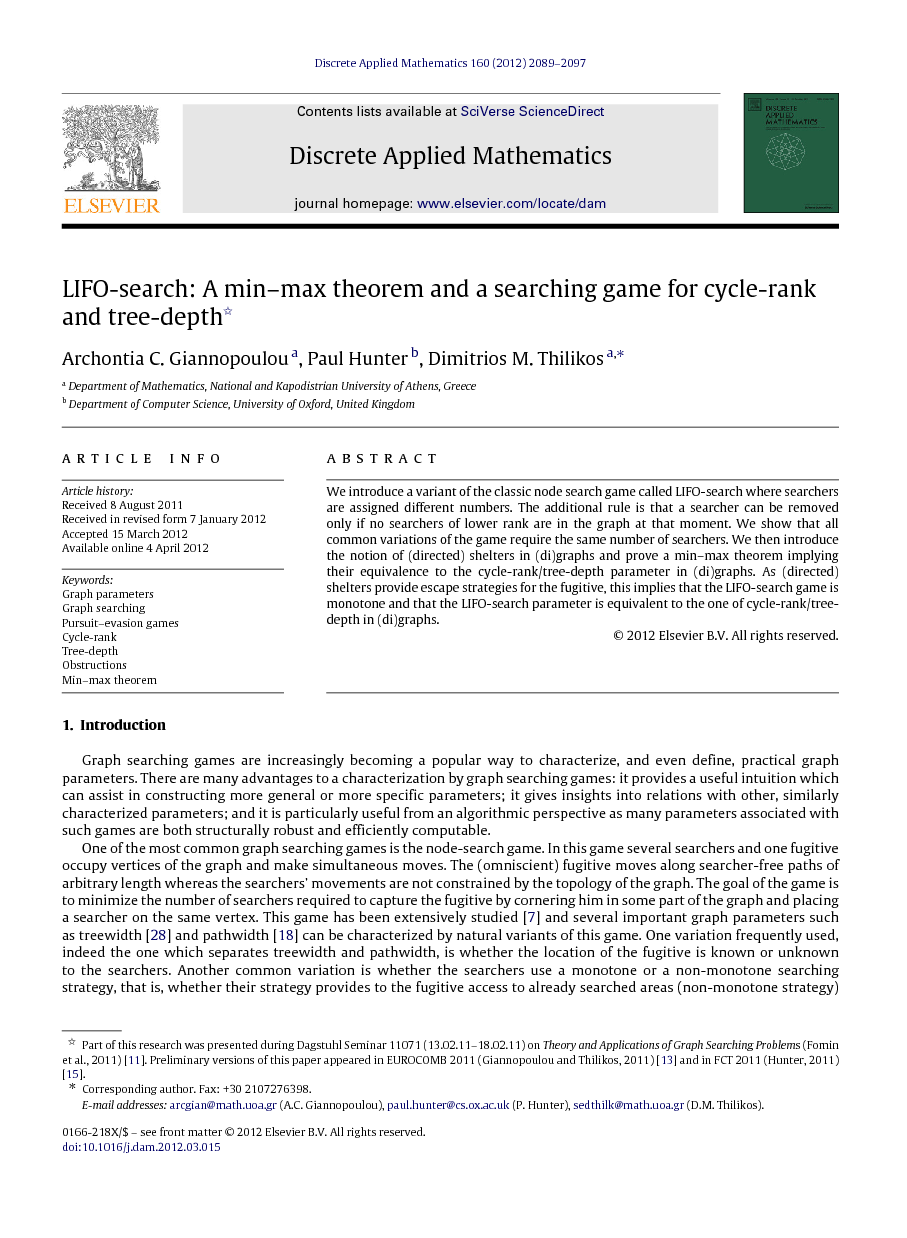 We introduce a variant of the classic node search game called LIFO-search where searchers are assigned different numbers. The additional rule is that a searcher can be removed only if no searchers of lower rank are in the graph at that moment. We show that all common variations of the game require the same number of searchers. We then introduce the notion of (directed) shelters in (di)graphs and prove a min–max theorem implying their equivalence to the cycle-rank/tree-depth parameter in (di)graphs. As (directed) shelters provide escape strategies for the fugitive, this implies that the LIFO-search game is monotone and that the LIFO-search parameter is equivalent to the one of cycle-rank/tree-depth in (di)graphs.

To conclude, this multiple characterization of cycle-rank gives a new perspective on the measure which can be useful for further investigation. For example, whilst it is known that computing the cycle-rank is NP-complete [14], it holds that, for any fixed kk, deciding whether a nn-vertex digraph has cycle-rank at most kk is decidable in O(nk)O(nk) steps (this follows from its definition and the fact that strongly connected components can be computed in linear time). From the parameterized complexity perspective, this means that this problem, parameterized by kk, belongs in the class XP. It is an open question whether the same problem belongs in the class FPT, that is it can be solved by an algorithm in f(k)⋅nO(1)f(k)⋅nO(1) steps. Techniques based on separators have shown that parameterized problems corresponding to related measures such as directed treewidth belong in FPT. Whether the visible, strongly connected game characterizations of cycle-rank can improve the known complexity from XP to FPT is part of ongoing research.