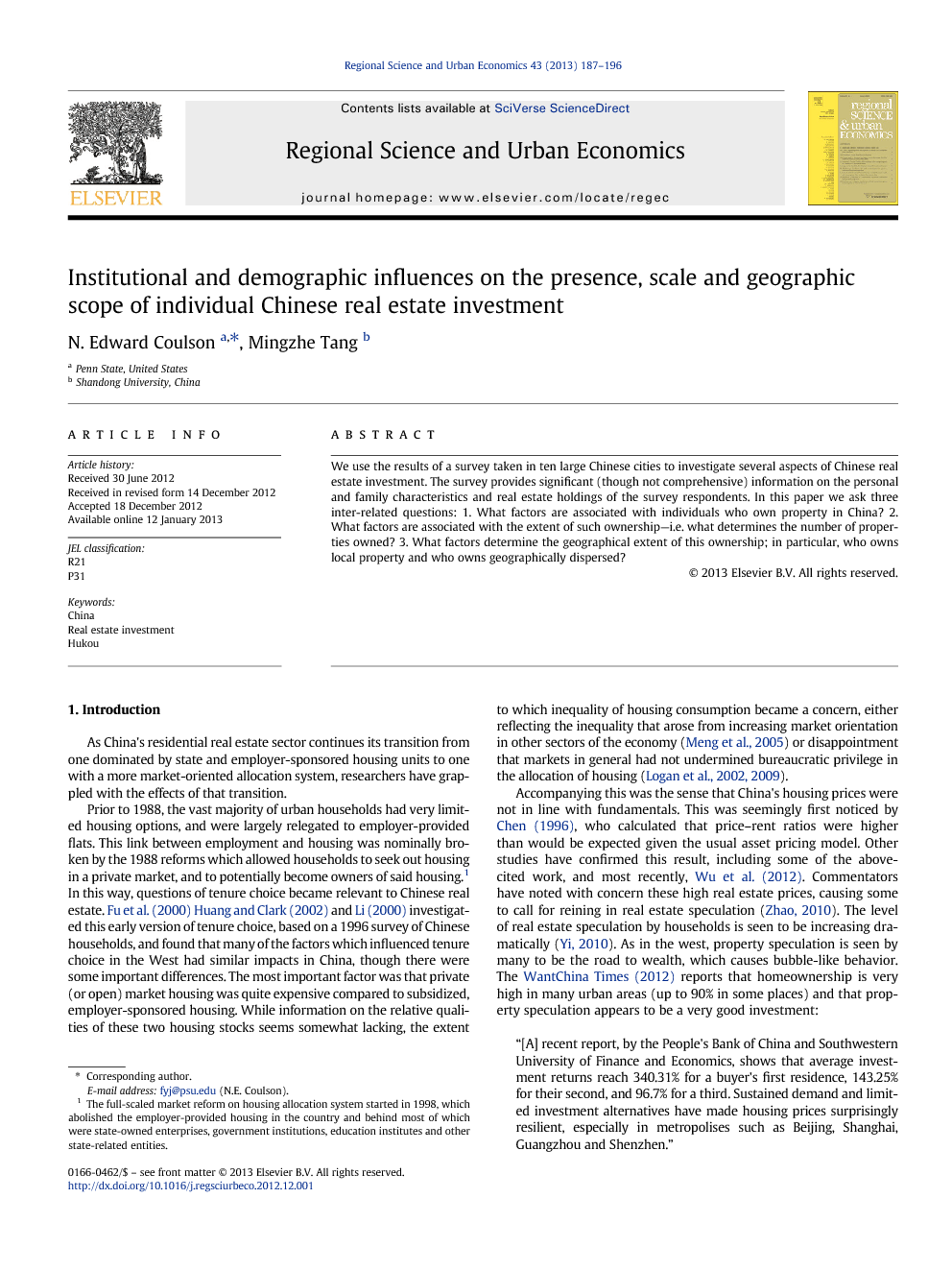 We use the results of a survey taken in ten large Chinese cities to investigate several aspects of Chinese real estate investment. The survey provides significant (though not comprehensive) information on the personal and family characteristics and real estate holdings of the survey respondents. In this paper we ask three inter-related questions: 1. What factors are associated with individuals who own property in China? 2. What factors are associated with the extent of such ownership—i.e. what determines the number of properties owned? 3. What factors determine the geographical extent of this ownership; in particular, who owns local property and who owns geographically dispersed?

Like households in the West, Chinese households are seen to react to economic incentives when it comes to undertaking property investment. People with more resources, (through skills, well-paying positions in prosperous industries, or because there are more adult household members and fewer kids) are more likely to own property, more likely to own more real estate units, and more likely to have geographically diverse investments. However the special conditions of China also play a role. The housing market reform has made certain institutional factors such as local hukou status or communist party membership less important in people's own-or-not-own decision, once income is also controlled for, but other factors such as division between urban and rural residency status still plays a significant role here. Local hukou holders, when they do invest, invest locally, whereas more affluent types have more geographic scope. Those who are employed by domestic private enterprises are less likely to invest in real estate, compared to those employed by the state-owned enterprises, especially smaller firms that are unlikely to provide subsidized rental units. Government employees are more likely to invest, perhaps because they have increased access to such investments Particularly intriguing is the fact that residents of most Tier-1 cities invest in less property, and those that do invest more outside their home areas, which is consistent with a story that suggests that the really large price increases in Tier 1 cities such as Shanghai causes households to purchase fewer properties and purchase them in places outside their current locations. The propensity to invest non-locally is also evidently motivated by a desire for residential options, particularly migrants who may seek a return to a previous location.