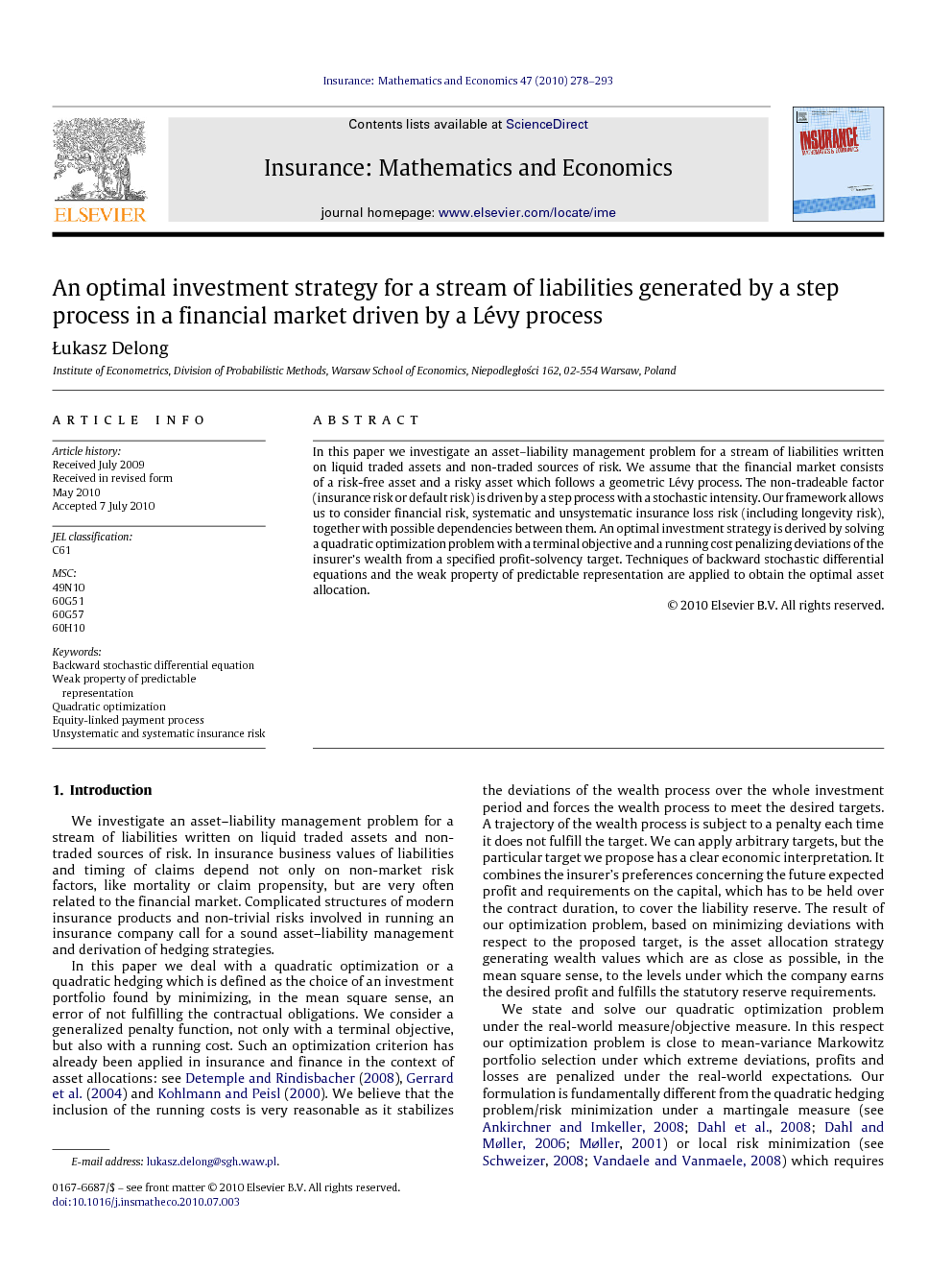 In this paper we investigate an asset–liability management problem for a stream of liabilities written on liquid traded assets and non-traded sources of risk. We assume that the financial market consists of a risk-free asset and a risky asset which follows a geometric Lévy process. The non-tradeable factor (insurance risk or default risk) is driven by a step process with a stochastic intensity. Our framework allows us to consider financial risk, systematic and unsystematic insurance loss risk (including longevity risk), together with possible dependencies between them. An optimal investment strategy is derived by solving a quadratic optimization problem with a terminal objective and a running cost penalizing deviations of the insurer’s wealth from a specified profit-solvency target. Techniques of backward stochastic differential equations and the weak property of predictable representation are applied to obtain the optimal asset allocation.

In this paper we have investigated an asset–liability management problem for a stream of liabilities, generated by a step process (or a random measure) with a stochastic intensity, written on liquid traded assets and non-traded sources of risks in a financial market driven by a Lévy process. The framework is very general and allows one to investigate index-linked, path-dependent, liabilities under systematic and unsystematic insurance risk and financial risk simultaneously. We have derived the optimal investment strategy in the model considered. Applications of the strategy relies on finding a representation of a martingale or solving a linear backward stochastic differential equation. For the most common payment processes arising in life and non-life insurance businesses we have found explicit martingale representations. In other cases we must resort to numerical schemes for BSDEs. We believe that our results contribute both to the practical area of asset–liability management or hedging and to the theory of optimal control.