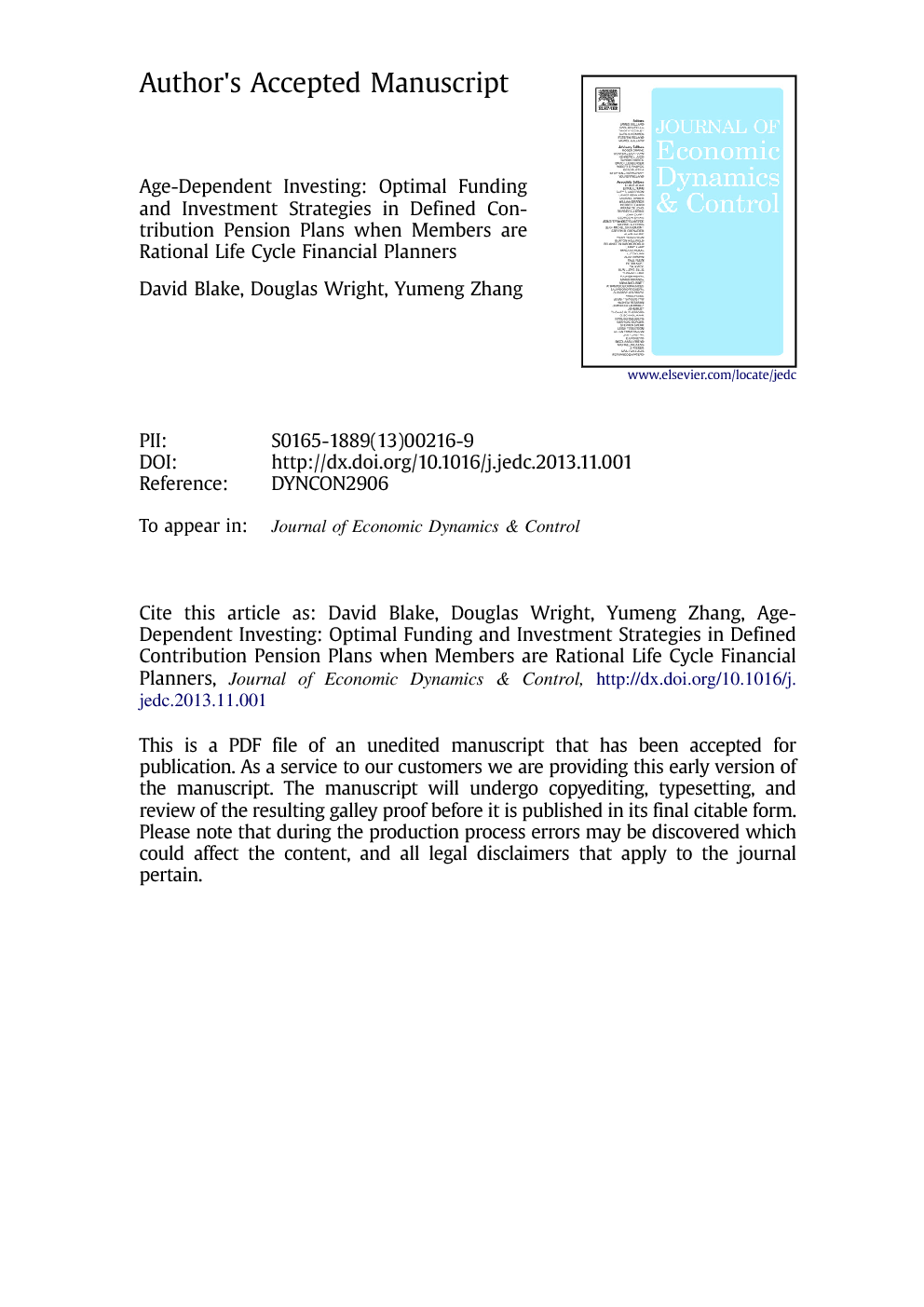 A defined contribution pension plan allows consumption to be redistributed from the plan member’s working life to retirement in a manner that is consistent with the member’s personal preferences. The plan’s optimal funding and investment strategies therefore depend on the desired profile of consumption over the lifetime of the member. We investigate these strategies under the assumption that the member is a rational life cycle financial planner and has an Epstein-Zin utility function, which allows a separation between risk aversion and the elasticity of intertemporal substitution. We also take into account the member’s human capital during the accumulation phase of the plan and we allow the annuitisation decision to be endogenously determined during the decumulation phase. We show that the optimal funding strategy involves a contribution rate that is not constant over the life of the plan but is age-dependent and reflects the trade-off between the desire for current versus future consumption, the desire for stable consumption over time, the member’s attitude to risk, and changes in the level of human capital over the life cycle. We also show that the optimal investment strategy during the accumulation phase of the plan is ‘stochastic lifestyling’, with an initial high weight in equity-type investments and a gradual switch into bond-type investments as the retirement date approaches in a way that depends on the realised outcomes for the stochastic processes driving the state variables. The optimal investment strategy during the decumulation phase of the plan is to exchange the bonds held at retirement for life annuities and then to gradually sell the remaining equities and buy more annuities, i.e., a strategy known as ‘phased annuitisation’.