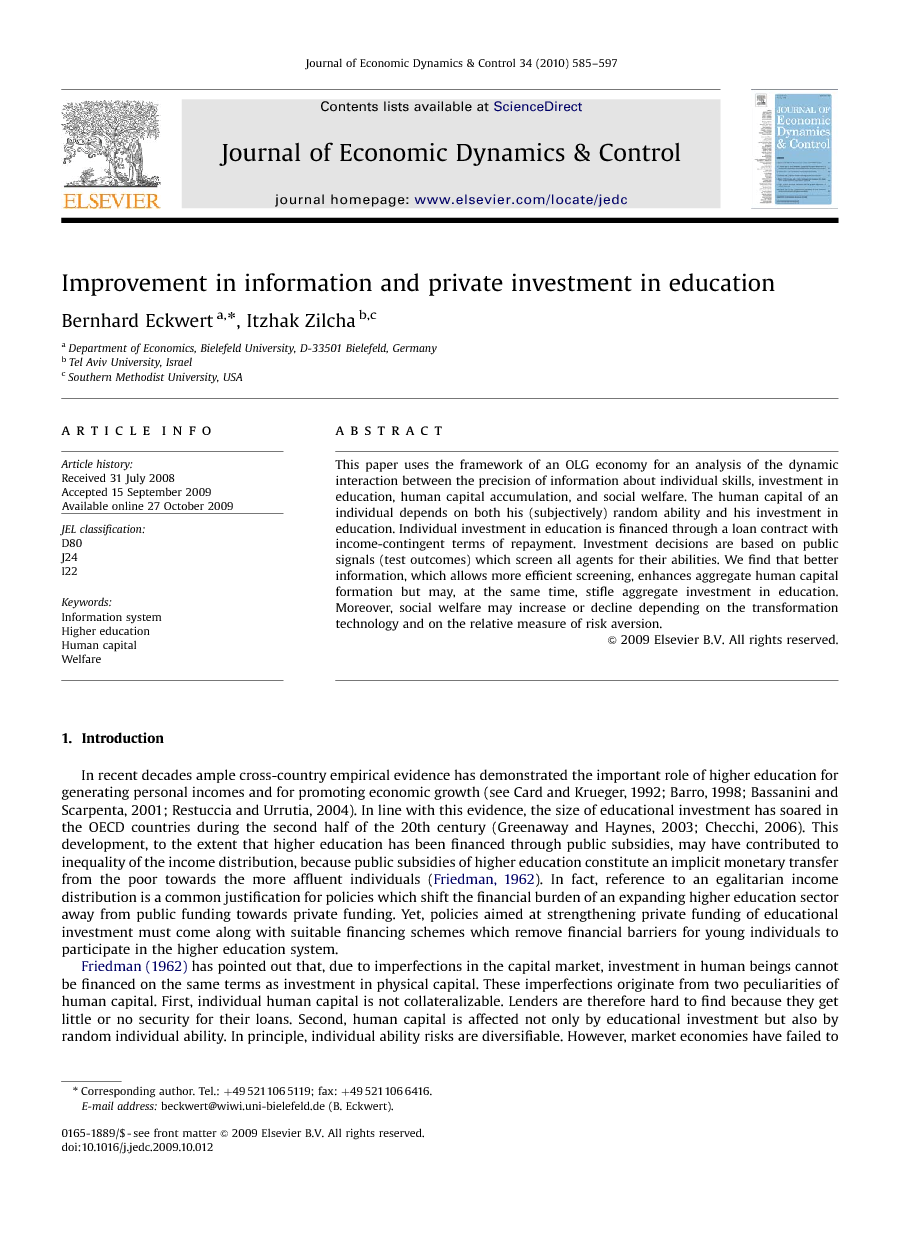 Friedman's suggestion for the equity financing of investment in higher education has been used in various countries as the basis of operating programs of student loans with income-contingent repayment. Yet, since rating human beings with respect to their potential future incomes is extremely difficult and costly, these plans use certain types of screening information in order to group individuals in rather broadly defined repayment cohorts. Our paper has analyzed how the precision of such screening information affects investment in education, human capital formation, and economic welfare. To date, the nature of the educational transformation process is not well understood. In this area, more empirical and theoretical work is necessary since our results clearly demonstrate that the curvature of the human capital formation function is of critical importance for the efficiency of the transformation process as well as for the contribution to overall welfare created in the higher education sector. We have not addressed the question whether, and if so, to what extent, the higher education sector should be subsidized by the government. Any answer to that question would have to take into account the externalities of higher education, many of which are of a generally noneconomic character and, therefore, difficult to measure. In fact, very little is known about the quantitative importance of external effects in higher education. It is well possible, though, that the information system affects the externalities and, hence, the size of a subsidy that could be justified on these grounds. We have also excluded moral hazard and adverse selection problems from our analysis. In a more general setting which allows for informational asymmetries, individual decisions may be subject to moral hazard phenomena if the returns to human capital accumulation contain noneconomic components. Such components cannot be captured in a loan-repayment scheme and, therefore, may reduce the agents’ ex post incentives to choose remunerative jobs. In addition, the cohort of agents who are willing to participate in an income-contingent loan-repayment scheme can be adversely selected. This is because individuals with poor income prospects are more likely to borrow under such a program than are those with favorable income prospects. An extension of our approach that would allow for the existence of informational asymmetries between the students and the financial institution might yield further insights into the role of information for the performance of the higher education sector. This is left for future research.